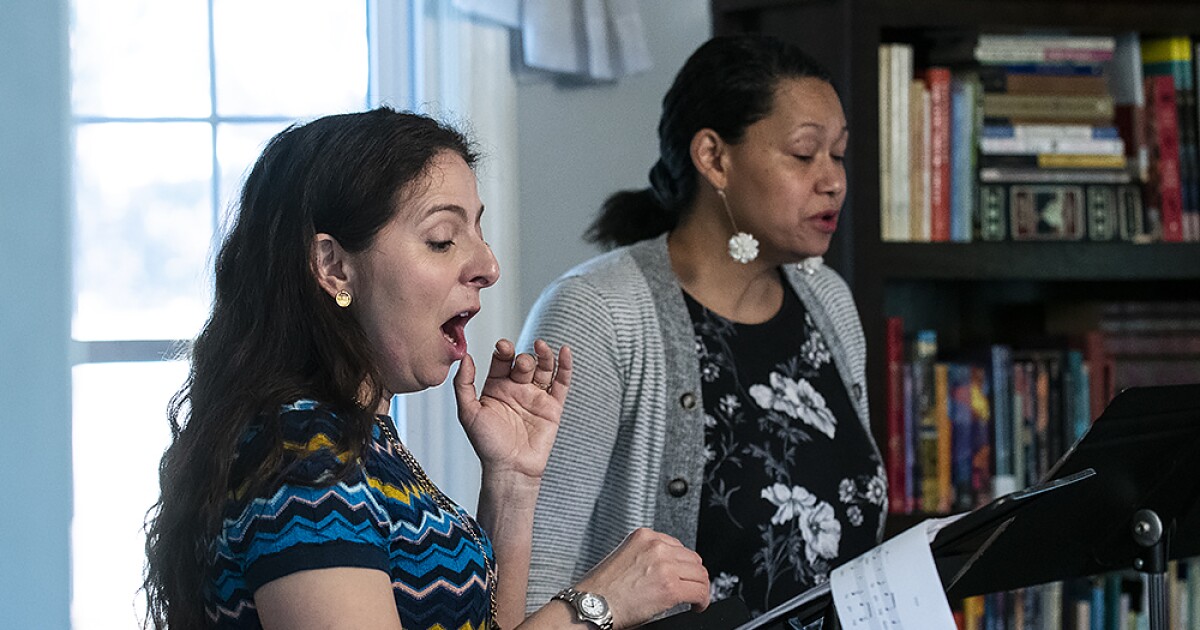 Why these Kansas City musicians are inspired by a Ukrainian poet born in the 1880s | KCUR 89.3

Kansas City Soprano Victoria Botero recently spent a lot of time thinking about a poet born in Odessa, Ukraine in 1889.

Akhmatova rose to fame as a glamorous young poet. Then came World War I, the Bolshevik Revolution, political purges and the devastating World War II.

“Anna Akhmatova is one of the greatest poetic voices of the 20th century and also one of the greatest female poets of all time,” says Vitaly Chernetsky Professor in the Department of Slavic Languages ​​and Literatures at the University of Kansas, specialist in literature and cinema.

Akhmatova had a difficult life.

“Her son was thrown into the gulag for many years. Her first husband was shot. Her other husband was also arrested and shot afterwards. She was treated really terribly by this Soviet regime,” he says. “But she became a voice of dignity and survival.”

“She is a woman who is not afraid to speak up,” he says. “She is a poet who speaks with confidence and does not apologize for it.”

Over the decades, several of Akhmatova’s poems have been set to music.

Botero thought the diversity of music would be a challenging program and began gathering musicians from Kansas City for a project that took on more resonance once Russia began its war against Ukraine.

“We think of survival as taking up arms, but in her case she took a pen,” Botero says. “And then when they took her pen, she composed the poems in her head and she told them to friends in secret, and they memorized her poems over a cup of tea.

Akhmatova shared her poems with ten trusted friends. Poems were memorized in short sentences and then burned in an ashtray. She was never betrayed.

In this way, Akhmatova was able to offer snapshots of the crushing despair that was often part of everyday life.

“She spoke truth to power,” says instructor Renee Neff-Clark, who taught a course on Akhmatova from March to KU’s Osher Lifelong Learning Institutefor people aged 55 and over.

“She was persecuted. She was censored. But she was not silenced. I think she still has a lot to tell us today,” she says.

Neff-Clark says Akhmatova speaks of the particular anguish of women under the repressive regime. She remembers a famous passage from Akhmatova’s poem “Requiem”, which gives voice to mothers and wives who gathered every day in front of a prison, waiting to hear whether their loved ones had been executed or exiled.

In the terrible years of the Yezhov terror, I spent seventeen months waiting in line

in front of the Leningrad prison. One day, someone in the crowd identified me. Standing

behind me was a woman, her lips blue from the cold, who had, of course, never heard

called me by my name before. Now she came out of the torpor common to all of us and asked

me in a whisper (everyone was whispering there):

“Can you describe this?”

Then something like a smile fleetingly passed over what had once been his face.

Unlike many artists and writers, Akhmatova never left Russia, despite the dangers. She studied the life of the Florentine poet Dante Alighieri, who spent many years in exile. She saw her life as a cautionary tale and wrote the poem “Dante” in 1936.

Even after his death he did not return

To his old Florence.

To the one who, therefore, has not looked

For him, I sing this song.

From hell he sent her curses

And in heaven he couldn’t forget her

“I like this poem because it’s like a secular prayer,” says Botero. “She never left Russia and she could have. So she appeals to Dante who left Florence and regretted it. And so the song is about her regret.

Akhmatova paid a heavy price to stay in her homeland, but her words survived the regime that tried to stifle her work.

“His life arc brought back the dignity and recognition that the Soviet regime tried to deny him,” says Chernetsky. “But it also speaks to how repressive and authoritarian regimes fear poets because they know how loud the voice of poets is and how powerful poetry can be.

“Art is powerful,” says Botero. “He is a witness. And Akhmatova’s words are as true today as they were when she wrote them.

Can you get a jobless loan? Here’s what you need to know