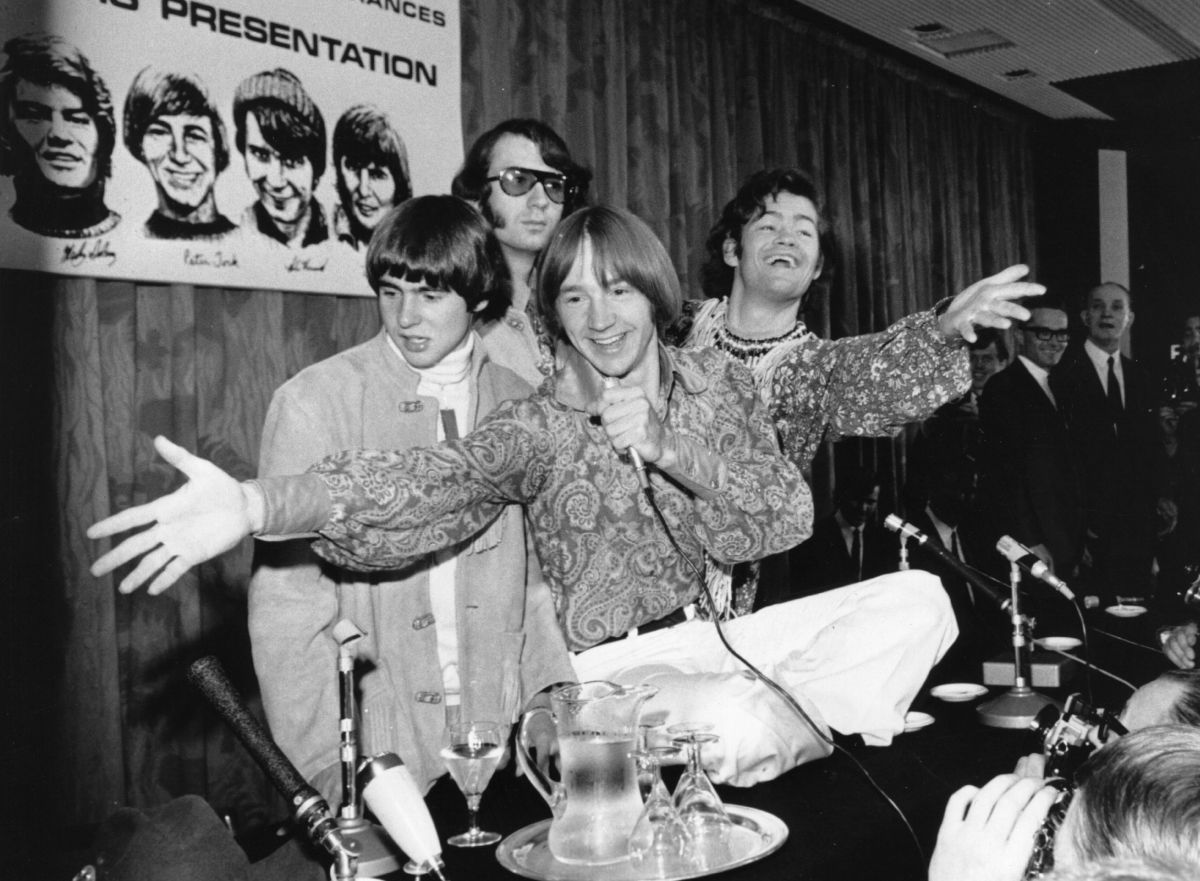 Mike Nesmith of the Monkees said his band appealed to 1960s audiences. Despite this, he did not think the Prefab Four were “sex objects” like the Beatles or the Rolling Stones. Notably, the three bands performed very differently on the charts in the United States and the United Kingdom.

How The Beatles and The Rolling Stones Inspired The Monkees

Tommy Boyce and Bobby Hart co-wrote several Monkees songs under the Boyce & Hart name. They weren’t afraid to take inspiration from other bands.

In his 2015 book Psychedelic Bubble Gum: Boyce & Hart, The Monkees and Turning Mayhem Into Miracles, Hart discussed their vision for the group. “On our blank canvas (the first page of the yellow block), we’ve painted color swatches of the pop artists we think might be possible influences for our new band: The Beatles, [The Rolling] Rocks, [Herman’s] Hermits, [The] Rascals, [The] Turtles, [The Lovin’] Spoonful, [Tommy James and the] Shondells, [Paul Revere & the] The adventurers, [The] Holly, [The] Kinks,” he recalled. “Then we narrowed down the hues to what we thought were the most complementary shades.”

RELATED: Monkees’ Micky Dolenz Wanted To Cry While Singing This Beatles Song From ‘The White Album’

In a 2016 interview with Vice, Nesmith discussed the appeal of the Monkees. “While we may have been romantic or love objects, we weren’t sex objects in the same way as the Beatles or the Stones,” Nesmith said. “It had to do with innocence.”

Nesmith placed his band in the context of its heyday. “As these kids were playing in the yard with their Tonka toys, Vietnam and all these other things were happening all around them,” Nesmith said. “It creates a very strange tension for a while [period] whose children are protected. The Monkees were part of this bubble that people could crawl into.

How the Prefab Four, the Beatles and the Rolling Stones performed in the US and UK

The Monkees, Beatles and Rolling Stones were all popular, but Nesmith felt the Prefab Four had a different appeal.

RELATED: The Beatles ‘A Day in the Life’: The Monkees’ Mike Nesmith on watching the Fab Four record the song