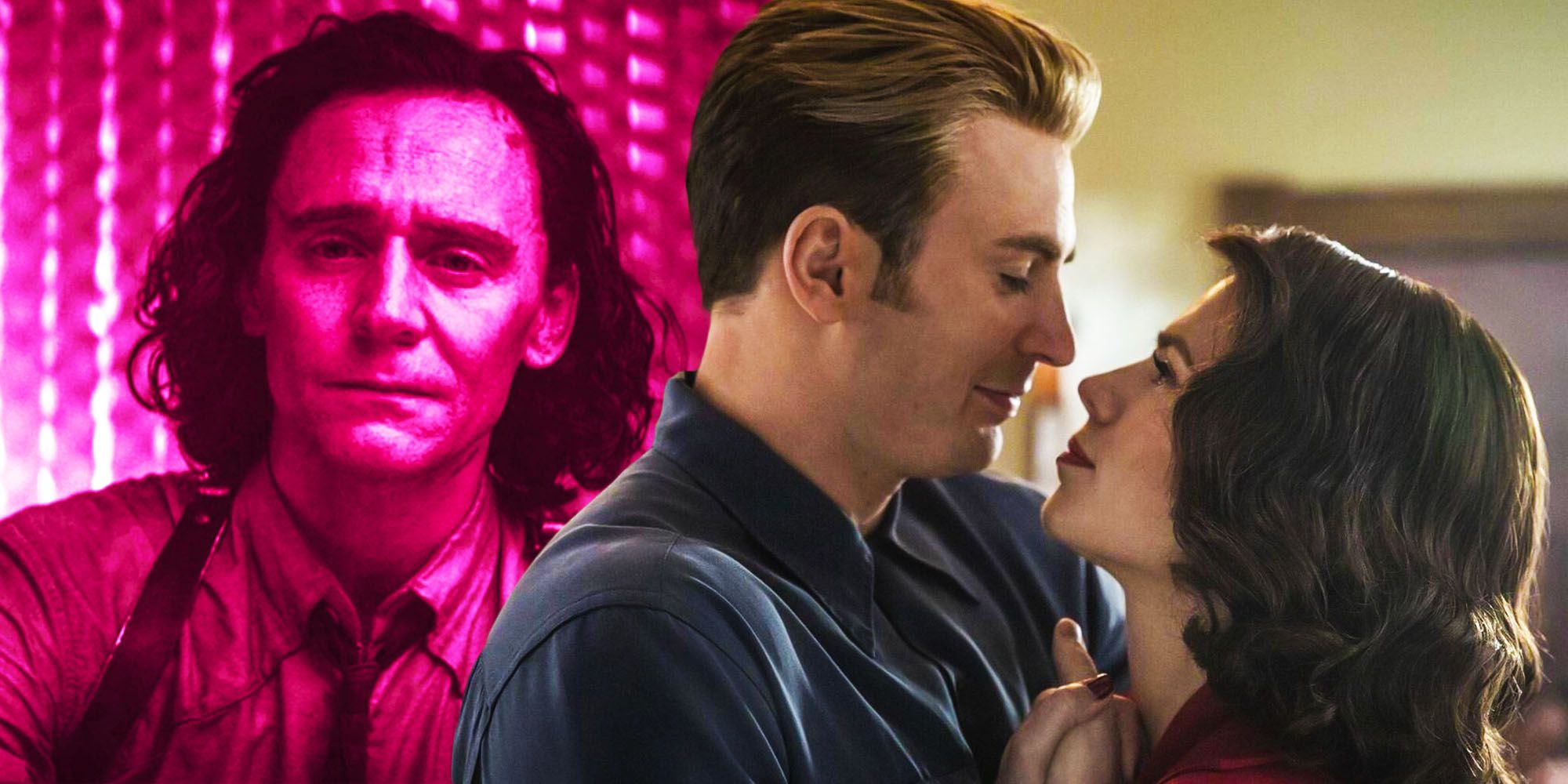 Why Loki used Captain America and Peggy’s song from Endgame

Loki’s finale begins with the sound of Steve Rogers and Peggy Carter’s romantic song, which foreshadows the heartbreak between Loki and Sylvie.

Warning: SPOILERS for LokiSeason 1 finale of – “For all time. Always.”

LokiCaptain America (Chris Evans) finale and Peggy Carter (Hayley Atwell) song from Avengers: Endgame, which adds extra spice to the heartbreaking rift that occurred between Loki (Tom Hiddleston) and Sylvie (Sophia Di Martino). When they faced off against The One Who Remains (Jonathan Majors) at the End Times Citadel, the two Loki variants quarreled over Sylvie’s desire to kill the real mastermind behind the TVA and Loki believing Whoever Remains claims that his demise would spark even more evil variants that would unleash a multiversal war.

The love affair between Steve Rogers and Peggy Carter is one of the most sacred relationships in the Marvel Studios Cinematic Universe. Steve and Peggy met during WWII at Camp Lehigh in New Jersey, when skinny Rogers was the prime candidate for the Super Soldier Serum that ultimately turned him into Captain America. Agent Carter and Captain Rogers fell in love for Captain America: The First Avenger but they were separated for almost 70 years when Captain America was believed dead. In Captain America: The Winter Soldier, Steve performed “It’s Been a Long, Long Time” by Harry James in his Washington, DC apartment, reflecting how much he still preferred the music he listened to in 1945. When Rogers traveled through time to make them Infinity Stones that the Avengers stole, he decided to return to 1945 and live the rest of his life with Peggy. Steve and Peggy dancing together on “It’s Been a Long, Long Time” was a heartwarming and poignant ending to Avengers: Endgame and their epic romance.

Die-hard Marvel fans immediately recognize the big band’s melody of “It’s Been a Long, Long Time” as the Steve and Peggy song, which is why it was so surprising to hear it at the start of Loki‘s finale when he starred as part of the audio montage on the Marvel Studios logo and in the episode’s opening scenes. Captain America & Agent Carter Signature Song Kicks Off MCU Famous Character Quotes Series – Including Steve Rogers Challenge “I can do this all day!” – and even real-world figures like Nelson Mandela and Greta Thunberg. As to why Loki used the song, director Kate Herron and editor Emma McCleave decided to add different life sounds in the opening moments leading up to the Marvel Studios logo to convey the scope of the timeline that Loki and Sylvie were about to inevitably disrupt. Steve and Peggy’s song was chosen to play under the vocals of the MCU because it is an instant nostalgic trigger for fans.

Steve and Peggy’s song also foreshadowed the schism that would occur between Loki and Sylvie. Both variants transformed from adversaries to lovers over the course of Loki season 1, but they were each headed to different personal destinies even though they traveled to meet the One Who Stays Together. Loki, who was in love with Sylvie, was growing up and understanding better who he is and what he wants (and doesn’t want, i.e. his “Glorious goal”.) Sylvie was in conflict in a different way because she also has feelings for Loki, but her main motivation is revenge against the Time Variance Authority and He Who Remains for how they ruined her life for eons. .

Loki and Sylvie are not destined for the romantic union that Captain America and Agent Carter enjoyed – at least, not yet. To be fair, Steve and Peggy were torn apart by fate for decades and she even died of old age in Captain America: Civil War. Steve essentially cheated fate (which VAT apparently allowed) when he used time travel to be with Peggy. But it also means that there might still be hope for Loki and Sylvie if she is able to change now that the Goddess of Mischief has achieved her life’s goal of killing whoever is left. Like Steve and Peggy, the two Loki Variants might even choose their own song one day.

Next: The Marvel Cinematic Universe Has Become Something Better For Phase 4

Rick & Morty kills Marvel villain before MCU can use him

John Orquiola is a Writer on the Features Team who has worked with Screen Rant for the past four years. He started as an assistant director on various independent films. As a lover of film and film theory, John wrote humorous film reviews on his blog, Back of the Head, which was noted by Screen Rant. John thankfully became the Star Trek guy at Screen Rant and he directs the cover of the various Star Trek series, but he also writes on a wide range of topics from the Marvel Cinematic Universe to Cobra Kai. Her other big nerdy love is British TV series like The Crown, Downton Abbey and Killing Eve. John can be found on Twitter @BackoftheHead for photos of the food he’s eating.