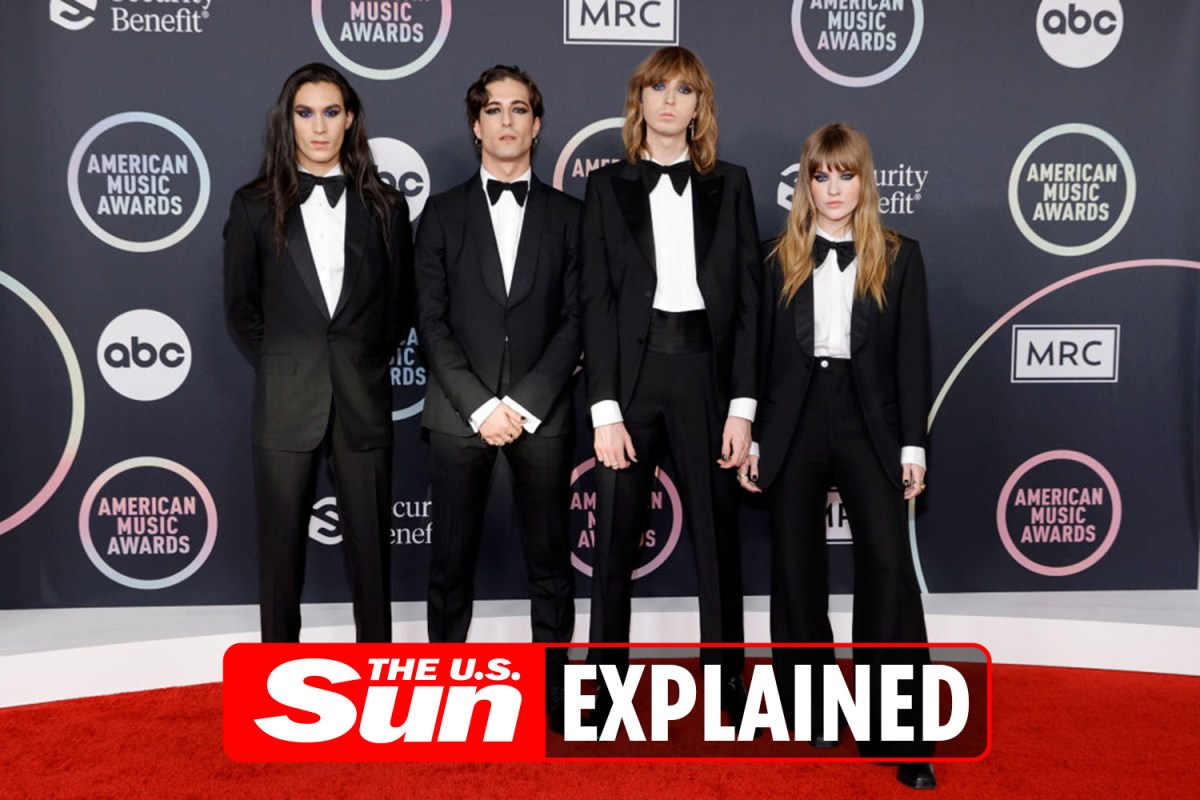 Their unique style and sound ensure they are unforgettable – and have earned them an army of devoted fans around the world.

They rose to fame after finishing second in the Italian X Factor in 2017.

The band went on to gain international fame after being crowned winners of the Eurovision Song Contest 2021.

But their victory was marred by claims that lead singer Damiano snorted cocaine on live TV – although he later took a voluntary drug test to prove his innocence and Eurovision confirmed that he had succeeded.

Despite the controversy, Måneskin continued to rise through the ranks and conquered the United States.

Along with performances at the American Music Awards, the MTV EMAs and The Tonight Show With Jimmy Fallon, they shared the stage with some of the music elite.

They sang alongside Ed Sheeran and Elton John during the Paris leg of Global Citizen Live in September 2021.

The band then backed the Rolling Stones the following month in Las Vegas, which frontman Mick Jagger dubbed “a big night”.

Måneskin is now set to perform at the 2022 Coachella festival in April after debuting on Saturday Night Live on January 22.

Tickets sold out within 15 minutes for their entire 16-date Loud Kids tour due to kick off in February.

Why is the band called Måneskin?

The Måneskin are loud and proud of their uniqueness, so it’s no surprise that they even incorporated that into the band name.

They decided to adopt the name because they liked its sound and a special nod to Victoria De Angelis’ Danish heritage.

What are Måneskin’s best songs?

Måneskin’s most successful song was their cover of Frankie Valli’s classic Beggin, which they first recorded in 2017 after performing it on X Factor.

It shot up the charts after their Eurovision win, while also going viral on TikTok – seeing it hit number one in 9 countries and top five in 19 others.

In the United States, the song topped the rock and alternative charts, while peaking at number 13 on the Billboard Hot 100.

The track also has an impressive stream count, with over 750 million streams on Spotify – as well as earning them three million in sales internationally.

The eccentric musicians also won plaudits for their signature song, ‘Zitti E Buoni’, which they performed at Eurovision.

The song – which means “shut up and be good” in English – reached the top 10 on the Billboard Global 200 chart.

It went 5 times Platinum in their homeland, Italy, having sold around 350,000 copies.

Måneskin’s released two studio albums, titled ‘Il ballo della vita’ in 2018 and ‘Teatro d’ira: Vol. I’ in 2021, with a number of acclaimed singles.

Other notable songs include I Wanna Be Your Slave, which they later remixed with rock icon Iggy Pop, and Coraline.