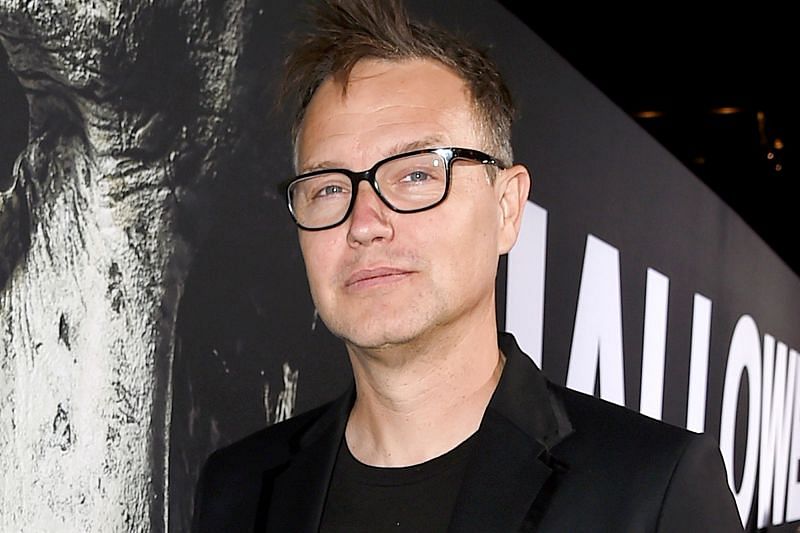 Who is Mark Hoppus? All About Blink-182’s bassist as he reveals heartbreaking cancer diagnosis

â€œFor three months, I have been in chemotherapy for cancer. I have cancer. It sucks and I’m scared, and at the same time I’m lucky to have amazing doctors, family, and friends to help me get through this.

Mark Hoppus also mentioned that he has yet to go through months of treatment, but he tries to stay upbeat and positive. He said he wished he was cancer free and started performing at concerts again.

Who is Mark Hoppus?

Mark Hoppus has been a popular musician, singer, songwriter, record producer and former television personality. He is best known as the bassist and co-singer of the rock band Blink-182.

Hoppus was also part of the pop-rock duo Simple Creatures with Alex Gaskarth from All Time Low. Mark got interested in skateboarding and punk rock when he was in college.

Mark Hoppus’ father, Tex Hoppus, gave him a bass guitar at the age of fifteen. He moved to San Diego in 1992 to study at California State University at San Marcos.

Mark’s sister introduced him to Tom DeLonge and with drummer Scott Raynor they formed the band Blink-182. Hoppus was the last remaining original member of the group in 2015.

Apart from his music career, Mark Hoppus has also been successful behind the recording console. He has produced records for groups like Idiot Pilot, New Found Glory, The Matches, Motion City Soundtrack and PAWS.

Mark is also a co-owner of two companies, Atticus and Macbeth Footwear. He also created a new clothing line in 2012 called Hi My Name is Mark.

After Mark Hoppus revealed he had cancer, most of his fans and stars took to Twitter wishing him a speedy recovery:

I love you Mark Hoppus and I hope you flip on cancer and come out the fucking shit out of it, absolute legend

. @markhoppus is a family and a friend and we know you all feel the same way. Please join us in surrounding him with all our positivity and light that we can. I can’t wait to get back to The Rock Show with him soon enough. We love you #MarkHoppus. pic.twitter.com/SUYix34yWO

Thought @markhoppus from my favorite band @ blink182 had been quiet here recently and just saw on his Instagram that he is fighting cancer.
It really is the worst news. Stay strong Mark and I hope to see you back on stage soon! pic.twitter.com/hGHoQLxUWq

Mark Hoppus has revealed he was diagnosed with cancer hours after posting and deleting a photo of himself at the doctor’s office. The photo was taken by a fan and the musician was seen sitting with an IV. He wrote on the photo,

Mark Hoppus has not disclosed what type of cancer or stage it is in with the disclosure. A report says he has undergone chemotherapy in the past three months.

According to a statement from Mark Hoppus, he continued to celebrate the milestones of Blink-182. He also published an article on the 20th anniversary of the removal of your pants and jacket.

Mark said after the success of Enema of the State, they wanted to write a darker, harder album that pushes the boundaries of what Blink-182 can do.

Read also : Who is Haneen Hossam? Egyptian TikTok star pleads for support after being sentenced to ten years in prison for human trafficking

5 dishes to remember from one of Conan’s latest recordings

Suresh Productions ventures into the music industry with SP Music: “Music has been at the heart of our films”