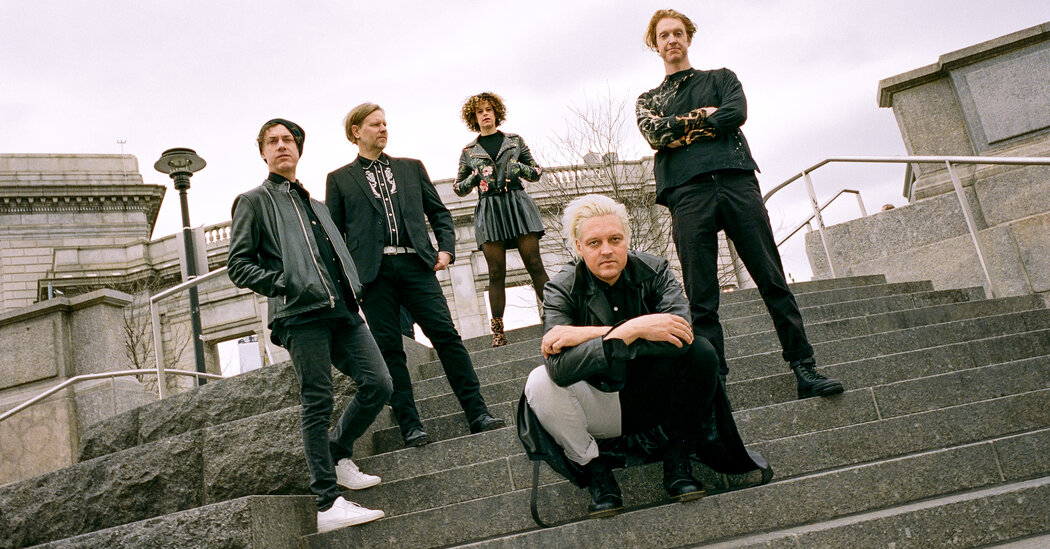 Arcade Fire has always felt both representative and out of step with its time. It is easy to insert the group into the aesthetics of the so-called New sincerity, a post-9/11 ideology that rejected the earlier micro-generation’s embrace of hip cynicism and postmodern irony. Arcade Fire, by definition, take care. Numbness and boredom were his boogeymen. Throughout the first decade of their career, the Canadian band released a series of loose concept albums targeting mass-tested opiates – organized religion on 2007’s ‘Neon Bible’, the living conformist on ‘The Suburbs’ in 2010.

Still, there was something retrospective about the band — not necessarily a bad thing. Arcade Fire was at its peak when trying to break through the legacy mythology of the mid-century past. But he was never so successful when he shifted his gaze to the present and started raging against the machines, first on his ambitious 2013 album, “Reflektor,” and again on its lesser follow-up. inspired by 2017, “Everything Now”.

Which is why it’s unfortunate that the band doubles down on this approach throughout their sixth album, “We,” an LP that wishes to be seen as a course correction but still shares many of its predecessor’s thematic fixations. We live in a time of anxiety and the end of an empire, it reminds us of songs with great explanatory titles like, well, “Age of Anxiety I” and “End of the Empire I-IV”. The first is a desperate, sought-after opening with rhythmic choruses that huff and puff superficially, as if they can never quite catch their breath. The nine-minute multi-part sequel “End of the Empire” has some delightful twists, but is ultimately airy and vague, seeking to channel the kind of modernized take on the impending apocalypse that artists like Phoebe Bridgers (“I know the end”) and Lana Del Rey (“The best”) have recently succeeded more succinctly and sharply.

“Age of Anxiety II (Rabbit Hole)” has dazzling musical moments, like when a brooding synth line suddenly explodes into the evil twin of New Order’s “Bizarre Love Triangle.” Win Butler and Régine Chassagne co-produced “We” with Nigel Godrich, known for his work with Radiohead, and their collaboration brings out the most up-tempo material.

There are a few instances, however, where head-scratching lyrics lift the listener out of what should be a moment of ecstasy. The catchiest and most upbeat number on “We” is “Unconditional II (Race and Religion),” a neo-80s pop gem sung by Chassagne with backing vocals by Peter Gabriel. The beat and melody line are hypnotic, but the song is built around the hook “I’ll be your race and your religion” – a heavy, loaded (or maybe just clunky) statement that’s never unwrapped enough to make you want to. the listener to sing on.

Aside from the galvanizing lead single, “The Lightning I, II”, which many heralded as a return to form, the band sound most at home on the songs “We” which speak in a folk-rock idiom, like the low-key closing title. The sweet and joyful “Unconditional I (Lookout Kid)” is for Butler and Chassagne’s 9-year-old son, imparting their own hard-won life lessons while reflecting on the limits of parental guidance. Call it considerate-rock dad. “There are things you could do that no one else on earth could ever do,” Butler sings warmly, “But I can’t teach you.”

The antidote to the age of anxiety this record offers is relatively simple: withdraw from the flat, depersonalizing world of the digital rabbit hole and reinvest in personal connection IRL. “I wanna go wild, I wanna break free,” Butler sings on the low-key final track, accompanied by pastoral-sounding 12-string guitar. “Do you want to get off this ride with me?” The stakes seem a bit low, however, as I’m not entirely convinced he was ever on the journey to start.

Most powerful recent artwork about the ever lesser agony and ecstasy of being too online – Patricia Lockwood’s brilliant novel ‘No One Is Talking About This’, the British pop group’s latest albums the 1975 – spoke the language of the Internet vividly, with a specificity that suggests its authors are not entirely aloof from the culture they criticize, and that is precisely what makes their eventual protests acceptable. Arcade Fire’s depictions of our techno-dystopia, on the contrary, seem more distant and diffuse.

“I’m unsubscribing,” Butler sings repeatedly throughout “End of the Empire,” and Chassagne underscores it with his backing vocals until the line’s fleeting intelligence wears thin. But what exactly are they giving up? Despite its occasional moments of brilliance, “We” too often finds Arcade Fire stuck in a digital maze of its own design, ignoring the fact that it always sounds more at home off the grid.

Fashion of the 90s and early 2000s: Justin Timberlake’s y2k menswear in *NSYNC and the couple dressing with Britney Spears