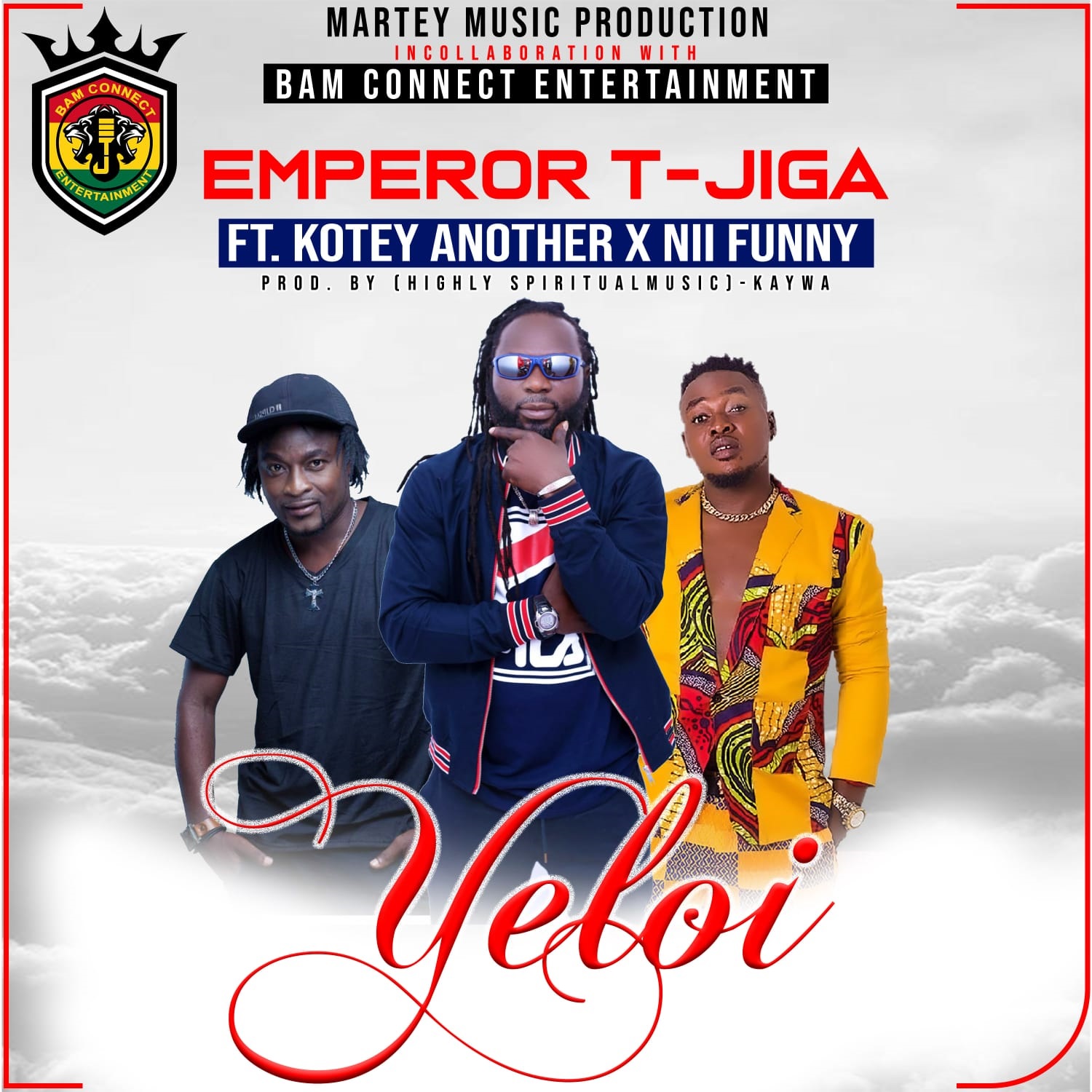 Jiga is coming out with a new song

Having had great musical experiences in Africa and around the world, Theophilus Nii Martey is known for blending indigenous African elements and depicting African history and stories the African way.

Emperor T-Jiga has many songs under his belt, including “Kilode” with Young Freezy, which was released earlier this year and has contributed by sharing his experiences with many great artists and talents around the world.

He has collaborated with Randy Armstrong’s World Fusion Ensemble, Steve Ferraris’ Root System, Dan Perkins and the Manchester Choral Society for the Zulu Mass and Christmas Tapestry project and the New Hampshire Theater Project for the Dreaming Again production and has taught percussion and West African dance as an Assistant Professor at the University of New Hampshire.

Speaking about his yet-to-be-released single, Emperor T-Jiga expressed his enthusiasm to collaborate with two of his members Kotey Another and Nii Funny to solve gluttony issues.

“Women are great beings and having them around makes life complete, but the greedy nature of some women is absurd, which is the inspiration behind the song ‘Yeloi’.

Expressing his enthusiasm for its new release slated for July 1, Emperor T-jiga congratulated Kotey Another and Nii Funny for making this piece a wonderful piece by adding their soothing voices and melodies.

He also expressed his sincere gratitude to Kaywa for highly spiritual music, for a great production.

He urged all fans to expect something big on July 1 as he has a lot to offer following the release of “Yeloi”.

“Yeloi” will officially release on all digital platforms on July 1.