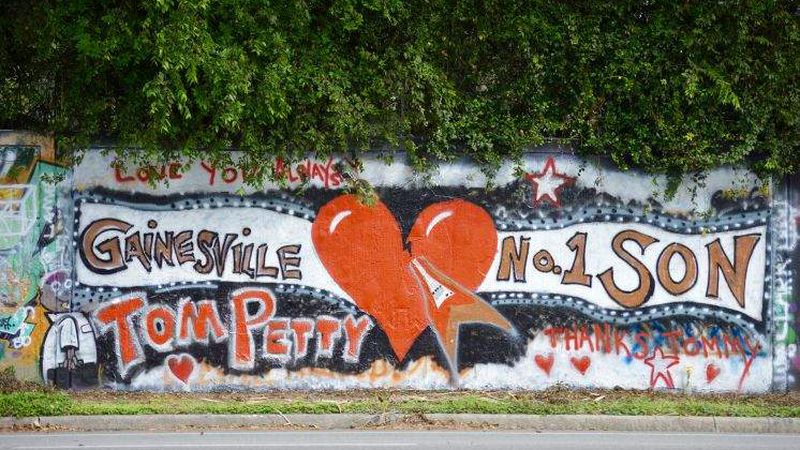 In addition to a Hollywood sidewalk star and a seat in the Rock & Roll Hall of Fame, the late Tom Petty’s honors now include an honorary doctorate from the University of Florida.

After a months-long rollercoaster that made Gainesville national headlines – with UF becoming one of the top 5 public universities on close scrutiny for alleged violations of academic freedom – university officials have paid tribute to the city’s most famous resident at a board meeting on Friday.

University provost Joseph Glover read a motion to award Thomas Earl Petty, the rock icon who was born in Gainesville and died in 2017, with a posthumous doctorate in music.

Petty, whose hits topped the Billboard charts, reportedly met Elvis Presley in Ocala when Petty was 10 and soon after started playing guitar. At 17, Petty had dropped out of high school to tour with the Mudcrutch group. After moving to Los Angeles and launching his solo career in the 1970s, he led the Heartbreakers and was previously a member of the Traveling Wilburys, a group that included George Harrison, Bob Dylan and Ray Orbison.

“(He is) widely regarded as one of the most distinctive and influential musicians of the past 50 years,” said Glover. “His presence remains important, as evidenced by the many radio shows and the popularity of events such as Tom Petty’s birthday party in Gainesville. On the UF campus, the famous Petty’s I will not back down has become a mantra at sporting events and I have personally heard President (Kent) Fuchs sing it.

The audience laughed and applauded.

Later, when Fuchs announced that Petty’s music would be played after the early fall events later this month, a board member corrected it: Tom Petty.

The directors voted unanimously to approve the honorary degree.