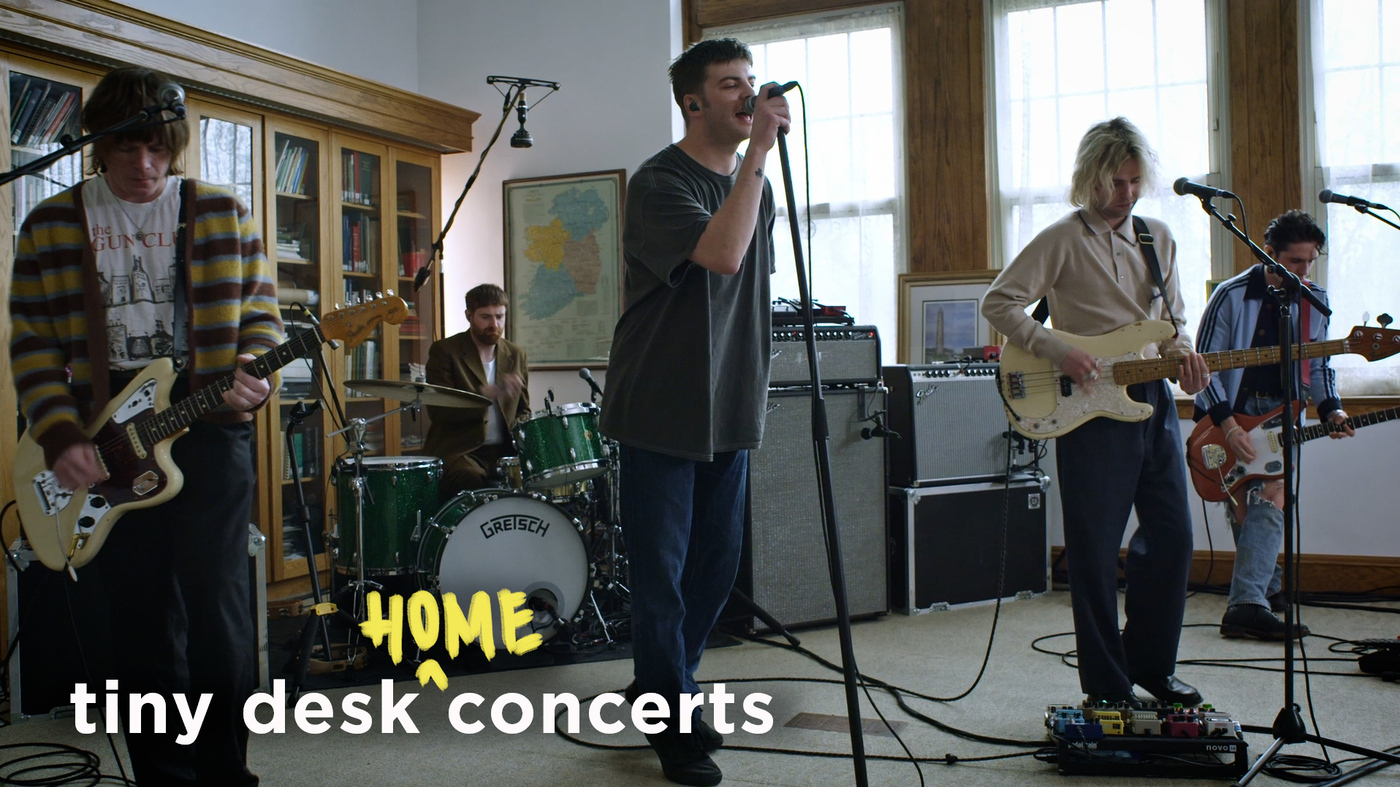 The Tiny Desk is working from home for the foreseeable future. Introducing NPR Music’s Tiny Desk (Home) Concerts, bringing you performances from across the country and around the world. It’s the same spirit — stripped down decor, an intimate setting — just a different space.

Shot in the beautiful brick-built Irish American Heritage Center in Chicago during a recent tour, this four-song set begins with Fountains DC singer Grian Chatten in the center library stacks, playing the button accordion and singing the biting ballad “The Couple Across the Way”. while cellist Maureen Dunne and violist Isaac Henry accompany her. An emotional touchstone on the band’s latest album, Lean fiait’s a taste of an unfinished Fontaines project: the Irish band had originally planned to release a double set with half the traditional style tunes and the other half the searing atmospheric post-punk that makes this third LP the best of the group.

But we will not stay here in the quiet and unstable heart. Chatten heads to the open space of the library, where the band sits alongside members of the Northwestern University Choir to perform “In ár gCroíthe go deo.” The eerie blend of choir harmonies and buzzing, structuring band rhythms take this music from storytelling to poetry. The song is a snitch: an Irish lament for a deceased woman whose family wanted the title phrase of the song inscribed on her grave but were thwarted when officials in their English hometown demanded a translation. “Gone is the night, gone is the day,” Chatten sings, gritting her teeth as the choir and her comrades sing those lost Irish words. Another library corner provides a dynamic change, as Carlos O’Connell leads the tender, drifting “Big Shot” with a delicate keyboard. Then it’s back to noise with “Nabokov” – the perfect track to tear up an archive – and a final surprise plunges the set into joyful chaos.

The Day – Not just for fun, music has a philanthropic side