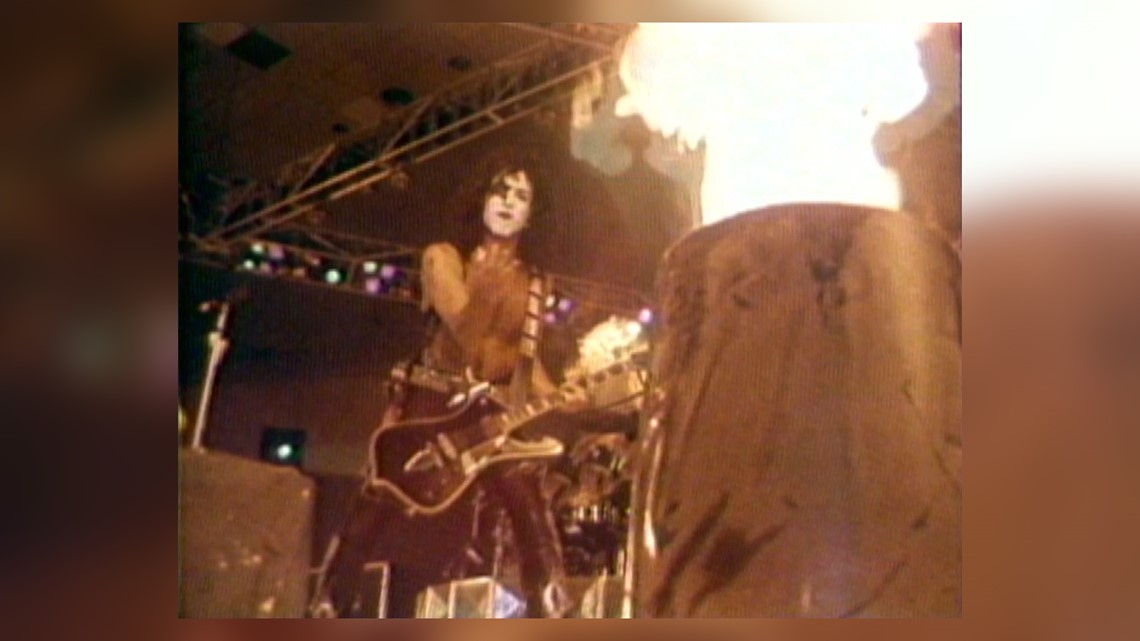 The Vault: Revisiting the legendary KISS concert in Louisville in 1979

WHAS11 was there when the legendary rockers took the stage, wowing crowds with their iconic style.

LOUISVILLE, Ky. – It was September 17, 1979, a decade when the band members thought your age could be defined by something specific.

â€œI can guess your age by asking you to define Kiss. You tell me that Kiss is the meeting of two pairs of lips. I’ll tell you, you’re old. If you tell me Kiss is cool then you are young, â€said a WHAS reporter.

Legendary rock band Kiss were ready to rock and roll in Freedom Hall.

On a stage costing over a million dollars to build, the band wowed their devoted fans known as Kiss Army with elaborate effects and their iconic makeup.

The crowd at Freedom Hall went wild, watching what is now considered one of the most influential rock bands of all time.

â€œI just think they’re cool and can play great music,â€ one viewer said. “I love them just because I think they’re the coolest band in the world.”

Despite their rough and tough stage presence, the band members explained how they kept a clean image.

â€œWe don’t play politics. We don’t do drugs. We’re not into anything like that, â€guitarist Ace Frehley said. “I feel a responsibility to all of our fans – you know that’s why I’m here.”

Singer Paul Stanley explained the reasoning behind the band’s composition.

â€œWe need a little time for ourselves and that’s part of it, you know. We’re on the road most of the year and we’re usually on the cover of almost every magazine, so we like to keep a little bit of privacy, â€he said. â€œPlus I think most of our fans want us to keep this mystique, we can’t walk the streets all the time. So, when we don’t look like that, we prefer not to be seen.

Bassist Gene Simmons explained the origins of the band.

â€œThe truth is, we are four guys who get along well,â€ he explained. â€œWe grew up in New York and met by chance on the streets of New York. Four, young wild boys who turned into four young men and wild monsters, I guess. We just got along. It’s all with respect and a lot of love, not that we’re weird or anything.

â€œI see a lot of old people bringing their children now, but they dig as much as the children. And it’s really good, it’s cool.

Almost 8,000 people attended the 1979 Kiss concert in Louisville and for 90 minutes they were treated to a night they will never forget.

Three years ago, the band announced that after 45 years of performing and recording, they would embark on a final tour called “End of the Road”.

It started in January 2019 with a stop in Louisville in March of the same year and then had to take a hiatus due to the pandemic.

â–ºMake it easy for yourself to update with more stories like this. Download the WHAS11 News app now. For Apple Where Android users.