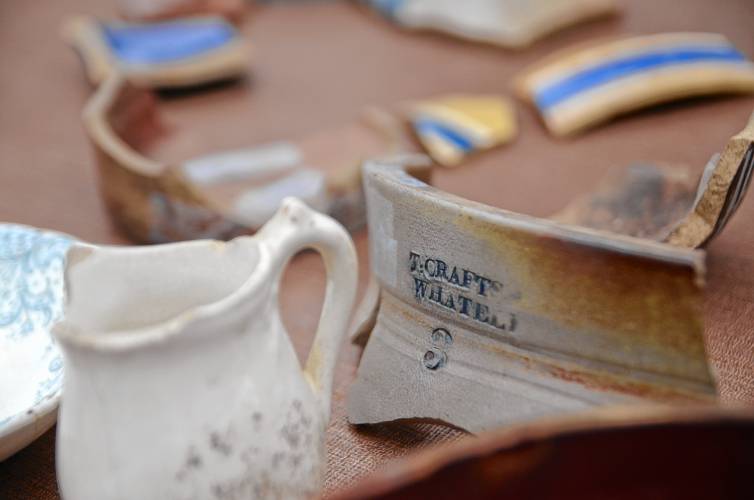 The recorder – The city showcases its potters’ roots

WHATELY – The Whately Historical Society dug deep to bring their annual fall festival back to town on Sunday.

The festival, sharing the day with a silent auction and a nearby library book sale, showcased local pottery as its main draw. Pottery and pundits, live music from the Pandemic String Band and various vendors sought to bring the Historical Society Museum grounds to life.

Neal Abraham, president of the Whately Historical Society, said the festival was an opportunity to celebrate the organization and raise awareness of the rich history of Whately pottery.

“How a city center had 22 master potters,” he said. “It is a great pride in the history of Whately.

“This is a great specialty of local production,” he said.

One of the highlights of the festival was the presence of Deerfield Historical Assistant Curator Dan Sousa, who helped identify the pottery fragments donated by the public by age, place of origin, material, artist and others. classifications. His station showed that the inhabitants shared the enthusiasm of the Historical Society for pottery. Even before Sousa arrived, several shards were waiting for him on the table to be identified.

The collection amassed at Sousa station included fragments of red, yellow, stoneware and porcelain pottery that exemplified the material and methodical diversity in Whately and beyond. Some of the shards, Sousa said, likely came from places as far apart as England and China, which he said reflects the city’s involvement on the world stage.

“It really shows the international scale of this material,” he said. “It also indicates how people search for goods internationally. Inside the museum building, special pieces from the Historical Society’s pottery collection and pieces from private collectors were on display. The display cases towards the middle of the exhibition hall contained large pieces of pottery to mirror those shelves lined up along the wall.

Abraham said the festival, a decades-old tradition, constantly excites the community. Having attracted 150 to 250 attendees each year over its history, the event’s return after a hiatus imposed by COVID-19 is a continuation of what has been a big boost for Whately.

Nigeria dances on the world stage to musical cacophony