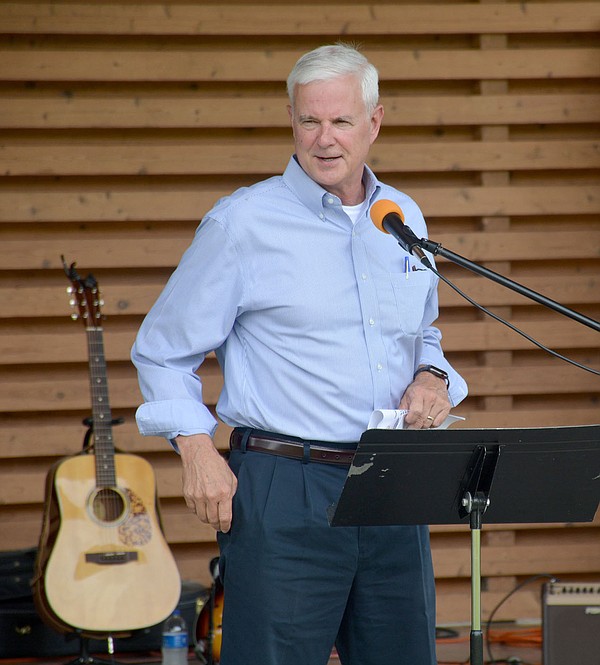 A full list of speakers was present, including local and regional Rotary representatives, local and national elected officials, and members of the police and fire departments.

The focus of the program was to honor first responders for their work during the covid-19 pandemic.

“When we see people who are first responders today who put ‘service above themselves’ to others, we gladly honor them,” said Stanley Church, president of Rotary of Siloam Springs.

US Representative Steve Womack traveled from Washington, DC for the event. Womack said he believes respect for first responders is one thing that unites the American people.

“You honor the people who serve you in uniform,” Womack said. “These first responders are a national treasure of the United States of America. They protect us.”

Womack said its first responders will continue to help the country recover from the covid-19 pandemic.

“We’re going to land on our covid feet because we have men and women who want to respond,” he said.

Members of the fire and police service gave some testimonies of their roles during the pandemic.

Fire Chief Jeremey Criner said when the pandemic started there was a “fear of the unknown”.

He explained how the fire department has had to change the way it operates to ensure the safety of its staff.

Deputy Fire Chief John Vanatta led the recent vaccination program for covid-19 vaccines and provided an update on the two vaccination clinics hosted by the firefighters.

Vanatta said more than 2,500 shots were administered at firefighters’ property.

Lt. Blake Osbourn and Firefighter Blake Alexander demonstrated what paramedics had to go through when responding to a potential covid call, including donning the appropriate safety gear.

He said his main job during the pandemic was to keep his officers healthy. He and Womack also thanked the dispatch staff for the work they are doing.

“These girls and guys are amazing,” Gilbert said.

DeAndra Strickland, Community Outreach and School Resources Manager, provided an update on the agents working in the community.

“The awareness and support have not stopped,” she said.

She said there were challenges in the schools, but said the children were “rock stars”.

“Although the covid made it difficult, we still managed to overcome it,” she said.

Rotary District 6110 Governor Kevin Merrill also spoke at the event and Lundstrum presented the fire and police departments with new US flags.

The Rotary Club also made a donation to the family of Prairie Grove officer Tyler Franks, who was shot in the leg three times while on duty on May 4. Franks had to have part of his leg amputated.

The Rainbow Girls were also on hand to present chocolate to first responders, while the Boy Scouts presented the Pledge of Allegiance and the Siloam Springs American Legion Post 29 Color Guard presented the colors.

The group “About the Father’s Business” was also present to entertain the crowd. 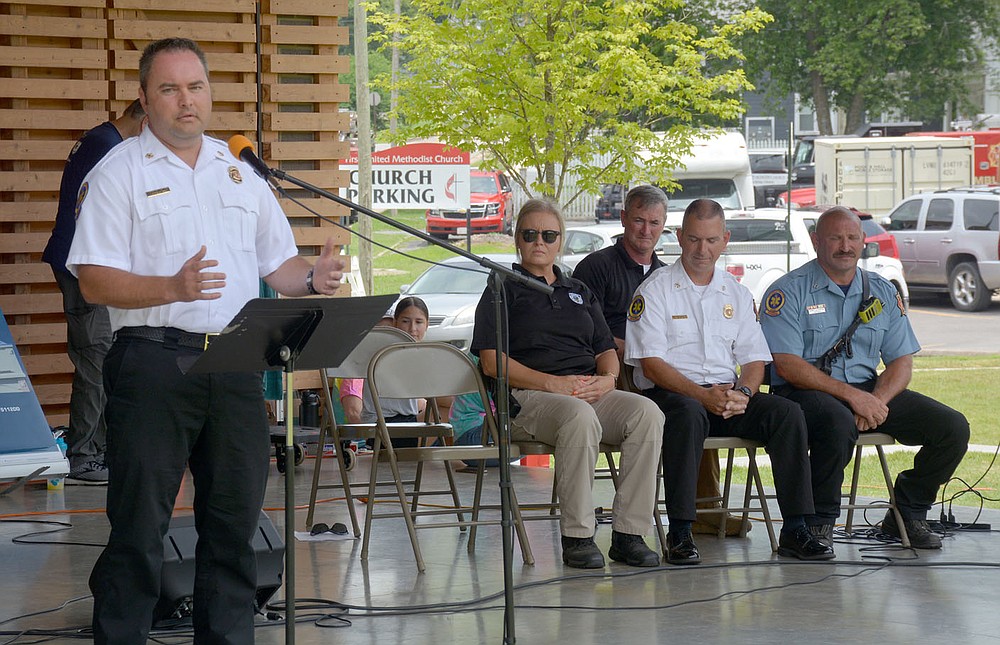 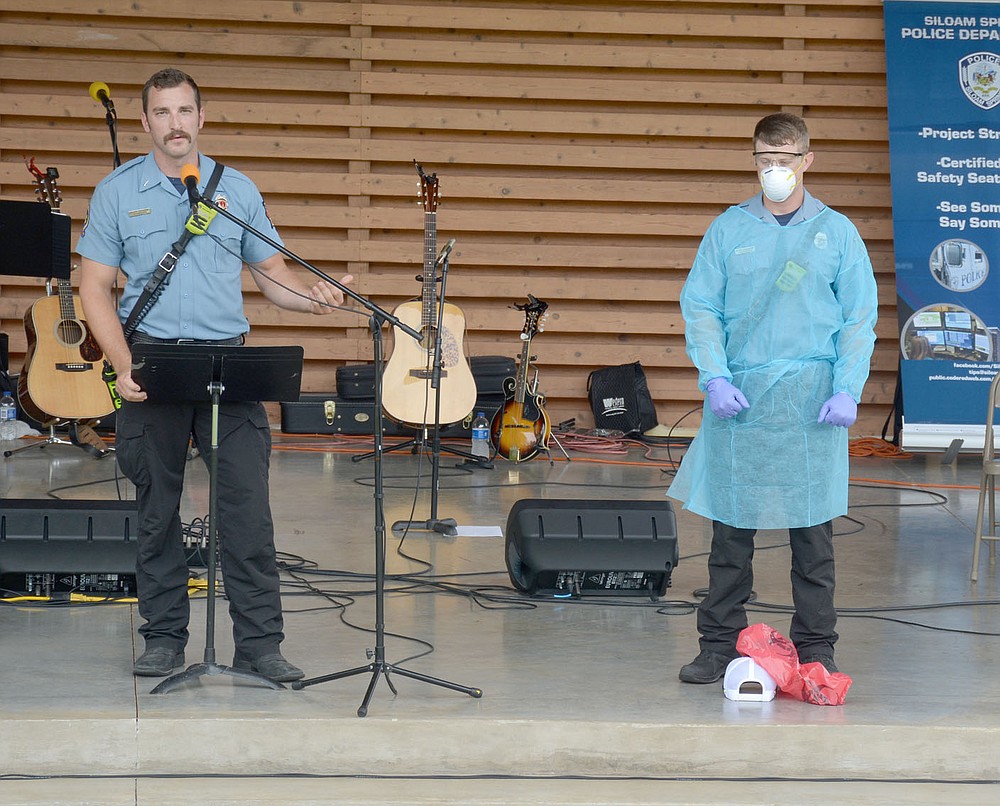 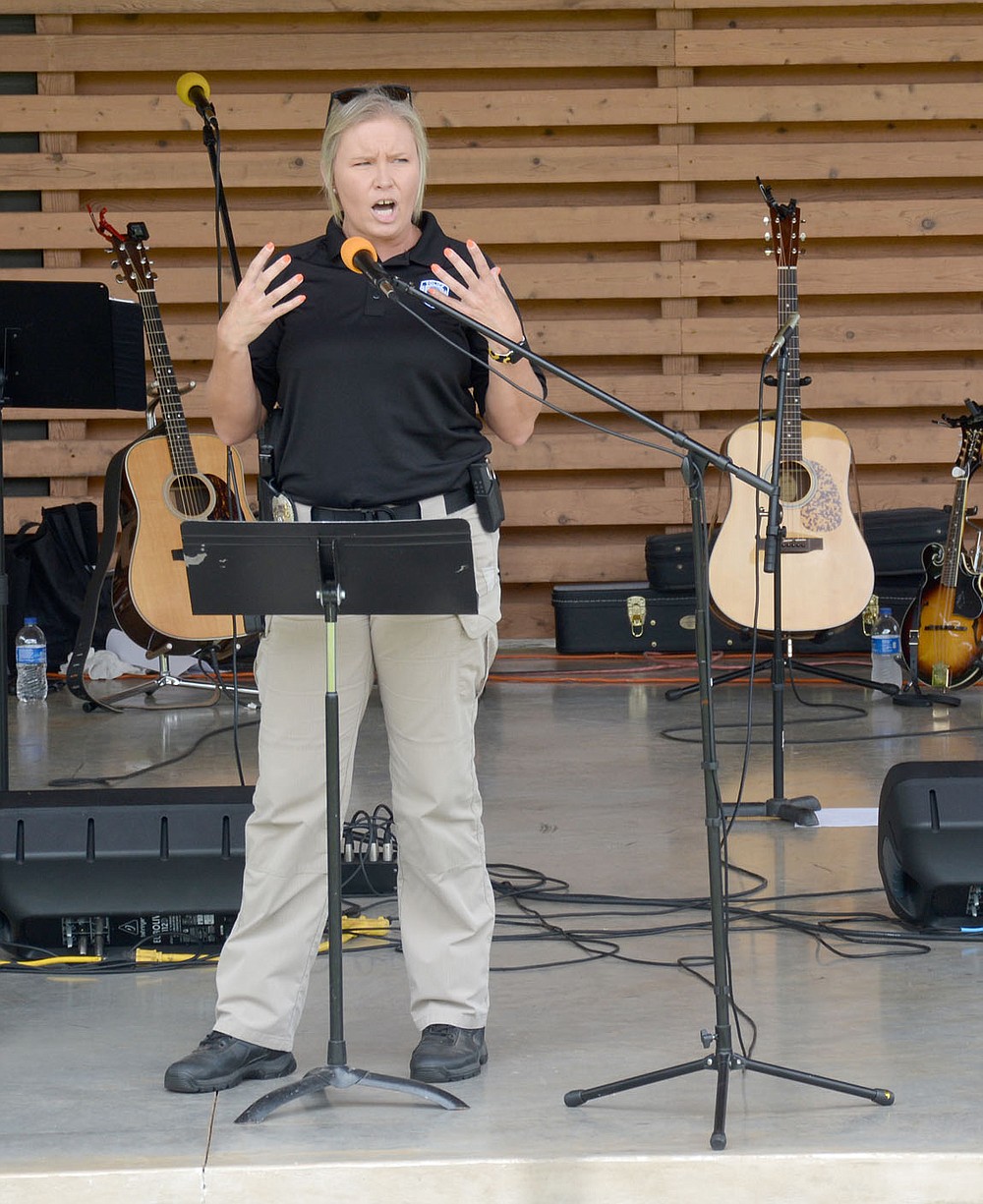 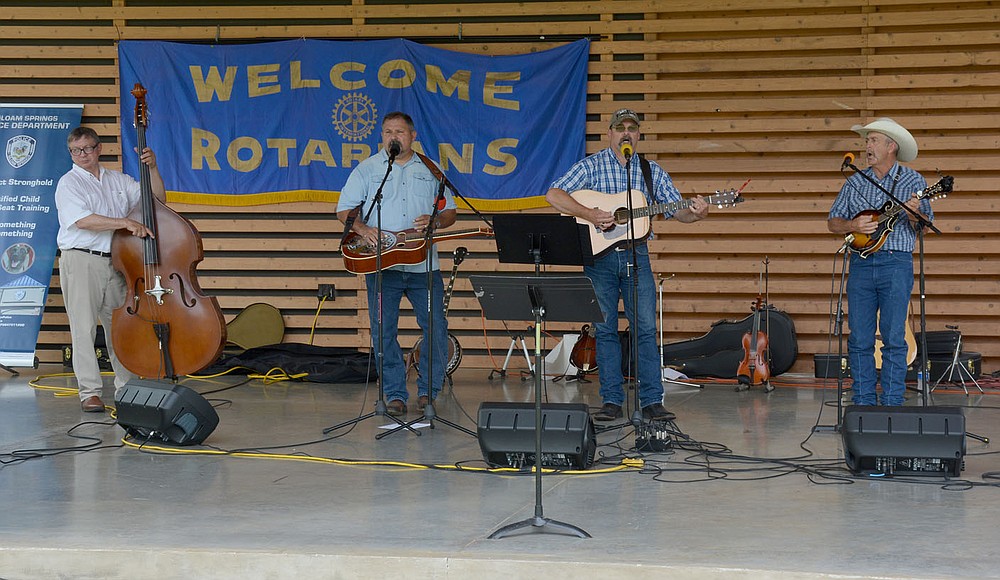 Graham Thomas / Herald-Leader Band “About the Father’s Business” performs at the “Celebrating Siloam Springs First Responders” program on Saturday hosted by the Siloam Springs Rotary Club at the Chautauqua Amphitheater in Memorial Park.