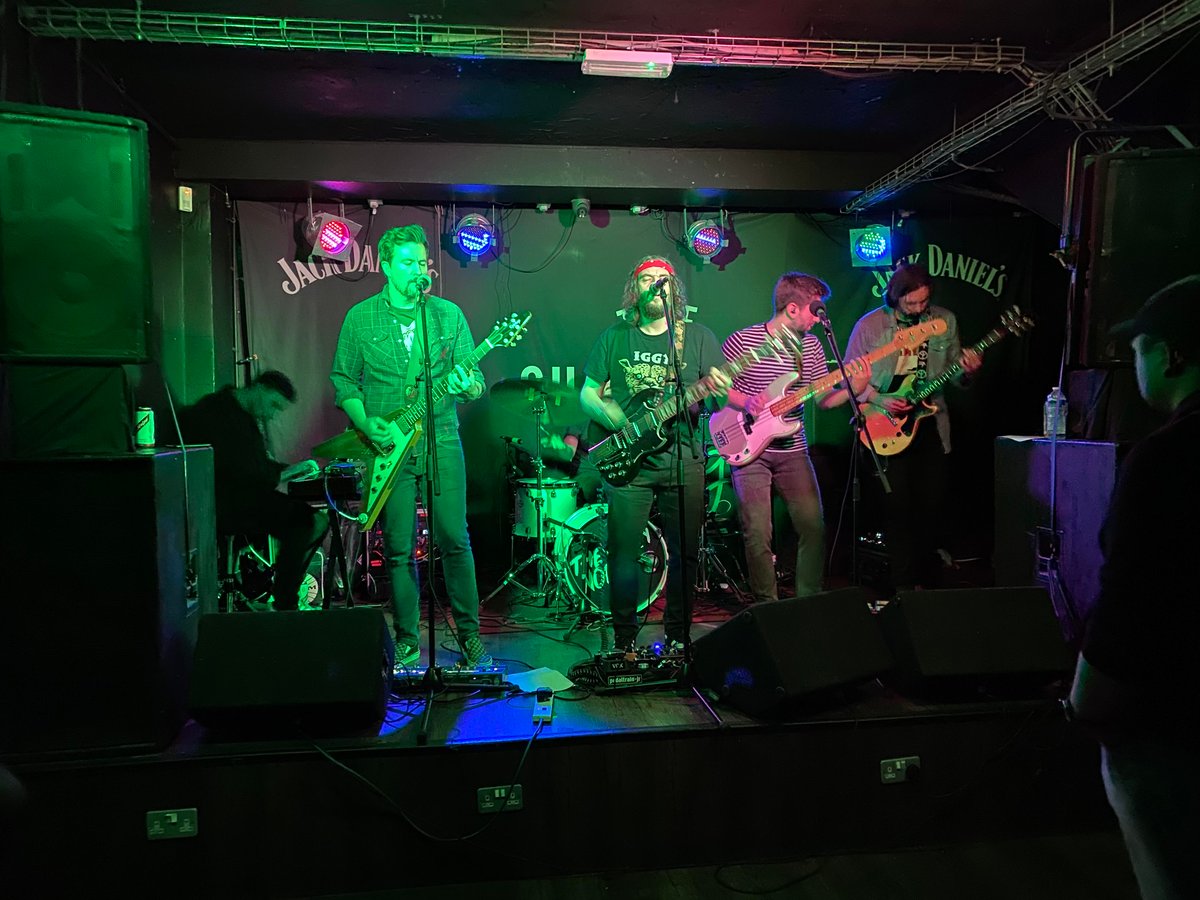 I took a trip to see the band live, and we can say that I was not disappointed

Joined by solid backing from Sam Lambeth and his solo acoustic set followed by a roaring performance by The Last Rogues, The Heavy North ensured that everyone in this venue would have a rowdy and unforgettable Tuesday night.

Nestled in the stage area downstairs from the Sunflower Lounge, the robust crowd had been warmed up nicely by the band’s special guests.

The place could perhaps only be done justice with a separate article.

Located on Smallbrook Queensway, around the corner from New Street station, the music venue is thriving with a host of top performers, including a concert by the North East Band Pit Pony scheduled for next month.

The Last Rogues supported The Heavy North in Birmingham

Upstairs is a calm and elegant bar. Downstairs is a hidden gem of a stage and performance space.

Alright then, back to the concert…

It might be cold, and it might be a Tuesday night, but that didn’t matter to anyone standing in the back of the Sunflower Lounge.

The main event was just as entertaining and thrilling as we all hoped, and my first time seeing the Heavy North was certainly worth the wait.

I shared a few words with frontman Kenny Stuart during the music intervals, and seeing the band emerge from the crowd to take to the stage is definitely a wonderful sight that big venues miss.

Their blues rock sound is definitive and can be found in almost all of their tracks, but the one where it particularly jumps out is “Awake”.

The gradual, progressive intro turns into a short, sharp chorus before Kenny dives back into the timely second verse.

The Birmingham gig marked roughly halfway through the tour, with shows in Newport, London, and a return show in Liverpool to come.

With the tour in full swing, the Heavy North have shown Birmingham that they are a classy band to watch and experience.

The band’s debut album, gloriously titled ‘Electric Soul Machine’, was released in April and so far they have taken it to almost every corner of the UK.

Many of these tracks were featured during the set, with ‘The Genie’, ‘Satisfy You’ and ‘Darkness In Your Eyes’ being my personal favorites.

The group is strong in number, six in total, and they were present on stage in more ways than one.

The addition of the keyboard and the rare outing of the mouth organ gave their set a rounded feel and a sense that any musical experience could be a hit, which, on a chilly Tuesday night in Birmingham, most certainly did. summer.

This band is on the rise, and without a shadow of a doubt, it’s a band worth listening to.

Keep an eye on their social media pages and be prepared for a music experience you won’t soon forget.

How to get the album

Electric Soul Machine features the singles “Darkness In Your Eyes”, “No Good”, “Awake” and “Satisfy You” and can be purchased through the band’s official website. website.