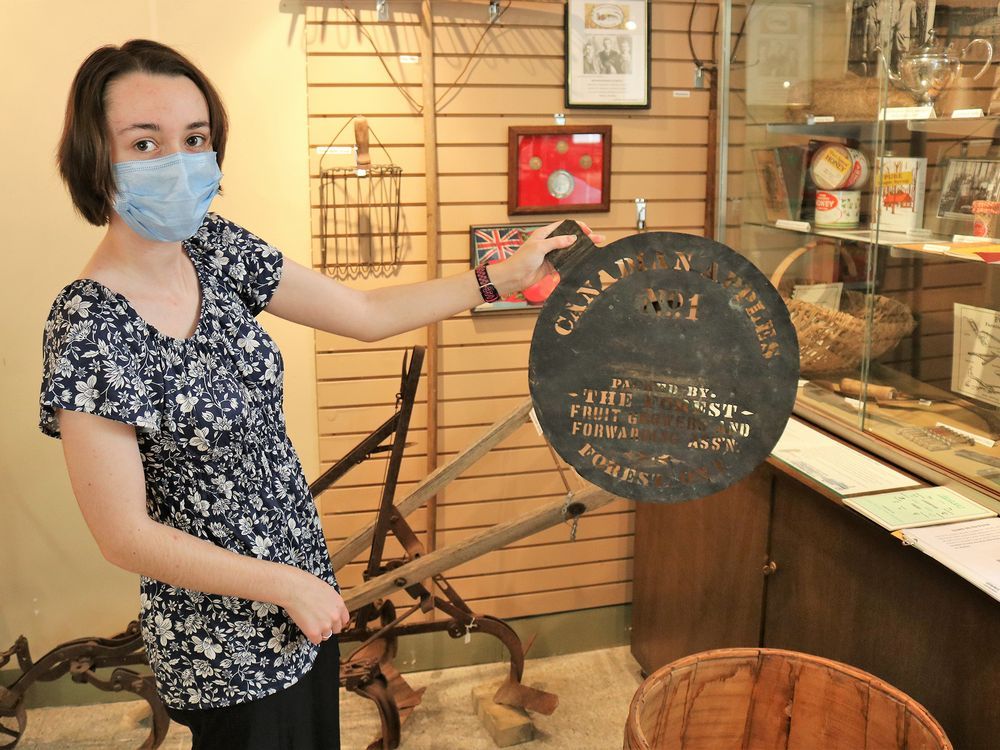 The Forest Museum reopens with revamped exhibits and new artifacts

The forest museum has been closed to the general public for 32 months.

Although visitors weren’t allowed into the museum – which opened in 1963 and moved to its current location on Main Street in 2009 – volunteers have been busy as beavers renovating the museum , updating exhibits, removing old objects and artifacts from storage and adding new gifts to their already extensive collection.

Now that restrictions have been lifted, the museum has opened its doors, once again welcoming the public to an institution that has preserved much of the community’s rich history.

From the museum’s impressive collection of historic church organs and musical instruments worn by the town’s famous Forest Excelsior Band, to the uniforms and weapons of local soldiers who served overseas during the First and Second World Wars, old fashioned toasters and a working ‘wringer’ washing machine still, arrowheads and baskets made by nearby First Nations people, the museum is a treasure trove of local paraphernalia, antiques well-preserved and interesting artifacts aplenty.

Almost all of the museum’s exhibits have been revamped and revitalized, said longtime volunteer David McLean.

He added that museum members look forward to welcoming back residents interested in learning more about Forest’s past, those interested in doing research, student groups and tourists curious about how Forest came to be. born.

The main hall of the museum includes fascinating exhibits that deal with Forest’s earliest days, including the community’s first indigenous inhabitants, the dawn of the railroads, the region’s important agricultural exports and manufacturing industries (such as the farmer-politician Howard Faleigh’s flax and hemp harvests and a brief history of the Forest Basket Factory), as well as tools and a collection of typewriters.

There’s also a vintage barber’s chair, a recently donated organ, and a photo of one of the city’s most revered doctors.
“We have a portrait of Forest’s most famous doctor, Dr Stanton,” Jennings said. “He was actually a racehorse, not a practicing doctor, but he was the first horse to go the mile two minutes west of the Rockies.”

Dr Stanton’s lifetime earnings were $171,922 added by McLean, amassed in the late 1940s and early 1950s before the Canadian Horse Racing Hall of Fame inductee dropped dead during a mile warm-up in 1953 at the age of 12.

In the second room of the museum, objects from various local churches and schools are exhibited, including desks, inkwells, old notebooks, hymnals and photos of various promotions over the last century and a half.

The third room, which was once the site of the oven at Rumford’s Home Bakery (the building was first constructed in 1906) contains treasures from Forest’s musical past, which leads to another room filled with some of the culinary history of the city as well as an exhibit showing the considerable changes in communications over the years, including a vintage switchboard where operators would connect callers and eventually listen in, Jennings said.

“One of the musical instruments here is from 150 years ago,” McLean said. “Another instrument had a small mark on it saying ’27e Regiment’ – it was the local militia here, the St. Clair Borderers… who had a military band. And so the instrument progressed to the Excelsior Band – many of the instruments the Excelsior Band started with were previously with this military band. And both units had some of the same members…many of our screens were interconnected.

Military history is prominently displayed at the museum, with a variety of photos of local soldiers and regiments, uniforms, heroic and tragic stories as well as some truly unique artefacts, such as a German MG08 machine gun made in 1915 which has somehow kind made its way to rural Ontario after the First World War. There are also actual dog tags of German soldiers that were taken from the battlefield and brought back to Canada.
“We hope that one day we may be able to get in touch with the descendants of these fallen soldiers in Germany and maybe bring them back one day,” McLean said.

In the back room of the museum, household items reign supreme with a huge collection of toys, dolls, fashion items, appliances, bedroom, dining and kitchen appliances, jewelry and glassware spanning centuries.

Rather than having vast empty spaces, the Forest Museum is filled to the brim with wall-to-wall artifacts from the past, McLean said.

“The problem with a small town museum like ours is that there are local people donating, and we love when they can come in and see those things they’ve donated.”

School groups and children especially enjoy some of the museum’s most interactive exhibits, McLean said.

“We are trying to make the museum a little more interactive for children. Some things may be a mystery to them, but generally they’re pretty excited to see all those things,” he said.
“I played the phonograph for a band and they were very surprised. Adults appreciate it too – people who remember these things – but kids love it,” McLean continued. “In our educational display we have slates, what I call ‘the original tablets’, only you don’t need to download any software, you don’t need to plug it in.”

The museum will have an “official” grand opening in June, and will also participate in several community events throughout the summer and fall, including the Unlock Lambton self-guided tour, the Steam Threshers’ Meeting in August, and the Steam Fair. forest autumn in september. McLean said.

The Forest Museum is open through Thanksgiving (October 10) Tuesday through Saturday from 10 a.m. to 4 p.m. Free entry.
For more information about the museum, visit http://forestlambtonmuseum.ca or the Forest Museum Facebook page.

Legendary hitmaker Linda Perry: “Singers have to earn my songs. I don’t just distribute them’ | Music