They might not be on the cover of Rolling Stone, but rock band Mingus Union High School is following in the footsteps of former superstars like George Thorogood, Kenny Wayne Shepard and Leon Russell to perform at the annual Thunder Valley Rally on Friday 7th. September. 17.

The students have trained hard for their big concert, which starts at 4 p.m. They will even be rated on their performance. 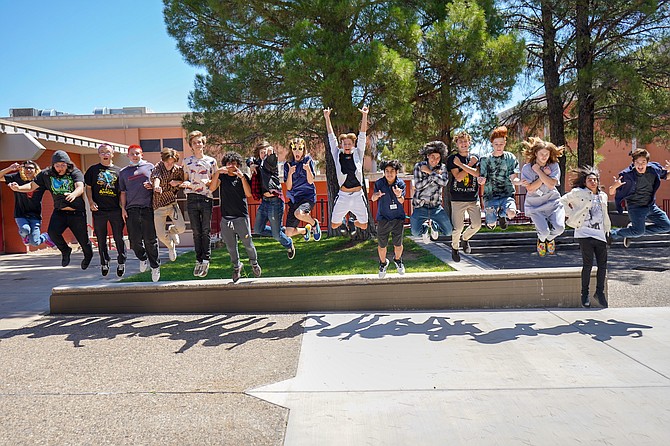 “It’s hard” since she has no other teachers to assist her than the choir teacher.

Meyer started the first rock band program when she arrived in Mingus five years ago with 10 children. There were 25 kids in the whole music program and now there are 100.

The students of the Thunder Valley Rally show are sophomores to seniors, Meyer said.

“They are so excited,” she said. Rock bands were only able to play one show at school last year due to COVID. “I think they’re going to be nervous, but we’re preparing for that too.”

“The funniest part about doing the show is that there is a professional sound person,” Meyer said. “It’s a real professional concert.

Students get higher marks if they prepare well and do their best as a performer. Performances represent 40% of their scores.

The kids will play a 45 minute set and they’ve selected eight classic rock hits including Psycho Killer, Time by Pink Floyd, It Smells Like Teen Spirit, the Jimi Hendrix version of Red House, Immigrant Song, a mix of Kinks and Van Halen Songs. .