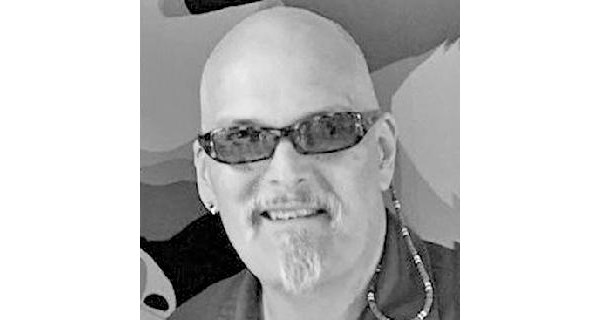 Terry Lee Brockman, 59, of Clearwater, MN, died Sunday, December 19, 2021 at his home after a long battle with cancer.

There will be a Service of Life celebration for Terry in the summer of 2022. Funeral arrangements have been made by Benson Funeral Home, St. Cloud, MN.

Terry Lee Brockman was born July 24, 1962 in Grand Junction, Colorado, to Dorothy and Art Brockman. His mother originally hoped to call him Pepe Renee, but luckily his father’s wisdom won the day. Terry spent his younger years surrounded by good friends; Terry Cook was his first friend. A legendary adventure was held by the Pinkertons for throwing stones at wanderers on trains. Apparently, Terry had a naughty streak from a young age. When Terry entered college, he fell in with a bunch of nerdy, nerdy boys: John Lesher, Stacy Samuelson, John Erskine, Bruce Kronkright, and Felix â€œMad Dogâ€ Murphy. Mrs. Brockman affectionately christened this rag tag, a herd of semi-wild boys as “the bone heads.” And the name has stuck ever since.

Terry was the band’s mechanic and always had a love affair with old cars, including a Hudson Hornet, a Buick Roadmaster and “Rosebud”, his precious red Chevy ’49 pickup. He played electric guitar and insisted that the Boneheads form a rock band. This plan failed.

Eventually, Terry met and married the love of his life, Beth. After a few years, Terry and Beth moved from Grand Junction to pursue Terry’s career. They ended up in Clearwater, MN, where they bought an old Catholic church to live in with their son, Nicholas.

Terry joined a biker group and became “Ratcollector”, one of the “Uncles of Agony” as well as an honorary member of the GOTF. He has enjoyed many rides and adventures with his friends Baz, LRT, Jeff and Renee, PFunky, Slick, Roadcat, Rake, Landman, Twolfman, Red and Kate and many more! He loved the wind in his hair, the sun on his face, and all the smells of fresh air that you can only breathe while riding.

Besides riding with the boys, he enjoyed Cowboy Action Shooting as Lincoln Debeaux, geocaching, watching Star Trek, and telling tales of the â€œfoggy pastâ€ with his family and friends. He enjoyed collecting antiques, trying out new breweries, driving long drives in very small towns and having phone conversations with his â€œcousin brotherâ€ Ralph. Terry worked at Pouchtec / Kent Precision Food Groups where he loved his job and the people he worked with. He always appreciated his family and friends and the whole “village” that helped take care of him.

Terry is survived by his “forever love” wife Beth; his sidekick and “more mature than the two of us” son, Nicholas, and his furry kittens, Rudy and Holly.

The cancer was brutal but Terry made the most of his nine lives, he even had a collision with a train which gave him a nice scar and a great story (once the healing was over). Cancer took her hair (which gave her room for another tattoo) but it never took her sense of humor, her strength, or her love of life, family, friends and its cheap beer.

My Hunny Bunny, we’ll meet again at the Streets of Gold Brewery near the Tree of Life. Until then, “I love you more because I’m smaller so it’s focused.” Always.