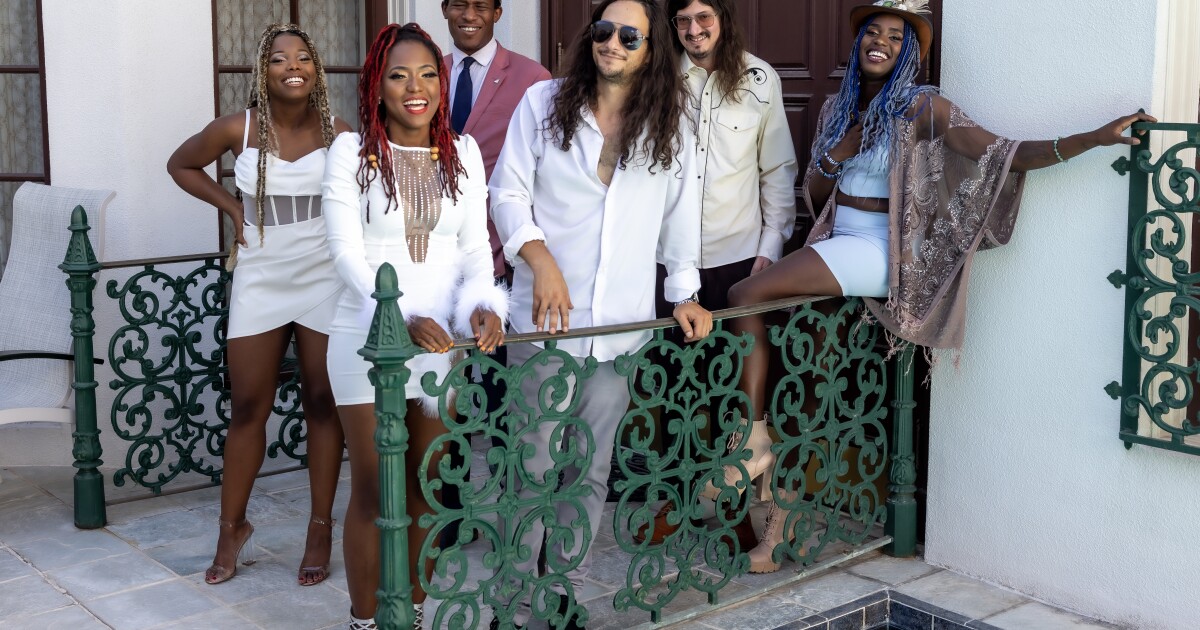 Southern Avenue of the San Diego Blues Festival is a family affair with husband, wife and two sisters

For Memphis-born vocal dynamo Tierinii Jackson and Even Yehuda-born six-string ace Ori Naftaly, there are many answers.

Music. To like. Wedding. Kids. Towers. Three albums, the second of which – “Keep On” – was nominated for a Grammy Award in 2019. More music.

Oh, and a video for Southern Avenue’s 2021 uplifting song “Push Now,” a standout song from the band’s third album, “Be the Love You Want.” The video features a brief but memorable scene in which the couple’s eldest child happily bounces a frosted cupcake on his father’s head at an outdoor birthday party.

“I had a towel over my guitar,” recalls Naftaly, 36, with a laugh. “It took a while to get the right grip. He threw the cupcake way too hard!”

Bradley and Lari will be staying home in Memphis with their grandparents when Southern Avenue hits the road next week. The group’s first stop will be September 10 at the downtown Embarcadero Marina Park North. They appear as part of the 12th annual Aimloan.com San Diego Blues Festival, which is presented by – and is a benefit to – the Jacobs & Cushman San Diego Food Bank.

Since its launch in 2011, the nonprofit event has raised more than $1.4 million and 20 tons of food to feed needy individuals and families throughout San Diego County. The inspirational lyrics of Southern Avenue songs and Memphis’ lively mix of soul, funk, rock, blues and vintage gospel seem tailor-made for a festival designed to promote a sense of community and inclusion.

While Bradley and Lari will stay in Memphis, their 9-month-old sister, Naava, will be making the trip here with her parents and their gang. The 7-year-old band’s concert in San Diego will mark Southern Avenue’s live debut at the festival, following their performance last year for the event’s first-ever virtual edition (which was simulcast on TV, radio and online).

“Naava has been on the road with us since she was 3 months old,” Jackson said. “Our three children came on tour with us this summer when we toured with Sheryl Crow. They really enjoyed it. »

“Music is deeply rooted in the Jackson family. They all grew up in church playing music in Memphis – and I grew up in a synagogue in Israel! Naftaly said,

Ironically, during his pre-teen and teenage years near Tel Aviv, Naftaly had much wider access to classic records by various big names in Memphis music – from Al Green and Ann Peebles to Bobby “Blue “Bland and Booker T. & The MG’s – that Jackson. made as a Memphis native.

“I grew up in church and we weren’t allowed to listen to anything but gospel music,” recalls Jackson, whose parents are both ministers. “It was really hard when I was ready to graduate from high school, because singing secular music dishonored family and church.

“When we started touring, there was a gradual acceptance. And when we got the Grammy nomination, that was the first time my family told me they were proud of me.

Naftaly’s parents encouraged his secular musical activities from an early age. He was only 8 years old when he started taking guitar lessons with Tony Pearson, a former member of James Brown’s touring band and Four Tops. After marrying an Israeli who had been Tina Turner’s makeup artist, Pearson moved to Naftaly’s hometown of Even Yehuda.

“Tony was my teacher, twice a week, for 10 years,” Naftaly said. “He’s one of the main reasons I have such a strong affinity for African-American music and soul-roots music. When Tony taught me how to play, I really listened because he’s the real deal. He taught me never to solo faster than you can talk. If you gotta breathe, breathe.

“If I hadn’t met Tony and spent time with him, I wouldn’t have the right attitude to play soul music. We talked about what the Jewish people went through and what African Americans went through, and I made the connection to their history. When you listen to blues or soul, or Bob Marley, and you hear the message and the journey behind that music, you can’t not to relate. Tony prepared me for real life.

After high school, Naftaly studied composition and arrangement at the Rimon School of Music near Tel Aviv. In 2013, he and his blues band flew to the United States from Israel to represent their homeland at the annual International Blues Competition in Memphis. They didn’t win but still stood out. In the fall of the same year, the guitarist had moved to Memphis, where he met Jackson.

Southern Avenue was formed in 2015. A year later, they became the first new band signed to Stax Records in several decades.

It was a difficult time for such a young group to join a record company whose roster in the 1960s included such legends as Otis Redding, Booker T. & The MG’s, Albert King and Sam & Dave. More recent Stax bands have included Ben Harper, Charlie Musselwhite and Nathaniel Rateliff & The Night Sweats.

“It was an incredible feeling,” Jackson said.

“Being signed to Stax has really encouraged me to study more and understand my roots and myself better. Now I understand who I am and my musical roots in Memphis, and I can make the most of my experience.

When did Naftaly discover Stax and his legendary list of artists?

“I’ve listened to Stax all my life,” he replied. “My dad had a lot of Stax albums and I first heard (Rufus Thomas’ 1963 Stax hit) ‘Walking the Dog’ when I was 6. I grew up with blues and jazz. Buddy Guy played in Israel in the 80s, 90s and 2000s. Joe Cocker played in a kibbutz every other year. And everyone in Israel knows who BB King is.

Naftaly is quick to note that Southern Avenue is not a blues band, even if the music is part of its stylistic palette. Jackson, whose gospel roots are palpable every time she sings, relishes the opportunity to tap into different genres.

“We preach positivity and empowerment. We want people to let loose and feel happiness. When I’m on stage I feel the most free I’ve ever had in my life and that’s the feeling we want people to have.

Tickets: $60 advance ($70 at the door) general admission, $300 VIP. Children 12 and under enjoy free entry to the festival with a paying adult general admission ticket. Cash donations and cans will be accepted at the front door, with all proceeds going to the Jacobs & Cushman San Diego Food Bank.