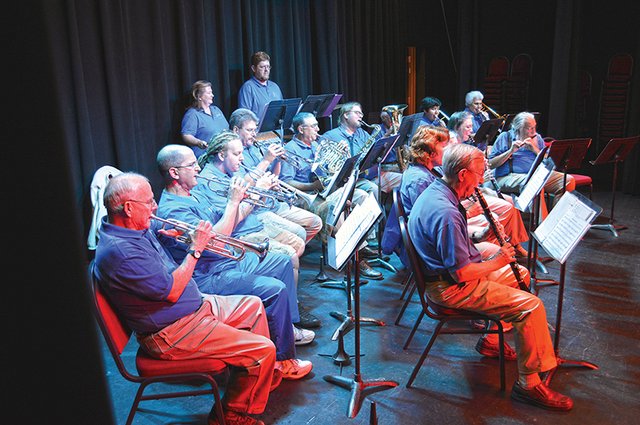 Silver and Gold Band is looking for musicians

The Silver and Gold Band of McMinnville is looking for musicians who want to have fun, be entertained and carry on a 151 year old tradition.

Former, current, and new members are welcome to attend practices, which are held Monday evenings from 6 to 8:30 p.m. There are no auditions. Everyone is welcome. Practices are held in the building on the campus of Warren County Middle School adjacent to the bus shed.

“The McMinnville Silver and Gold Band is the oldest such community band in the state of Tennessee,” said Neil Schultz, who traced the band’s history. “The band began in 1871 as the Warren House Cornet Band, sponsored by the Warren House Hotel, and the band performed for hotel guests, as well as the community at large.”

“After the Warren House Hotel closed, the group was supported by the Southern College of Photography in McMinnville,” Schultz said. “The college’s founder, Dad Lively, along with many faculty and students, became dedicated members of the McMinnville Community Band along with other members of the community.”

The Silver and Gold Band performs at the Warren County A&L Fair, 4th of July celebrations, Pork ‘n Bands, Christmas Parade and at schools, the Three Star Mall and patriotic events around the counties surrounding.

The band is made up of over 30 local musicians playing woodwind, brass and percussion and is led by former Warren County High School band manager Mike Chilcutt.

All interested musicians are invited to attend the Monday evening rehearsals. For more information, call Chilcutt at (931) 235-4111.