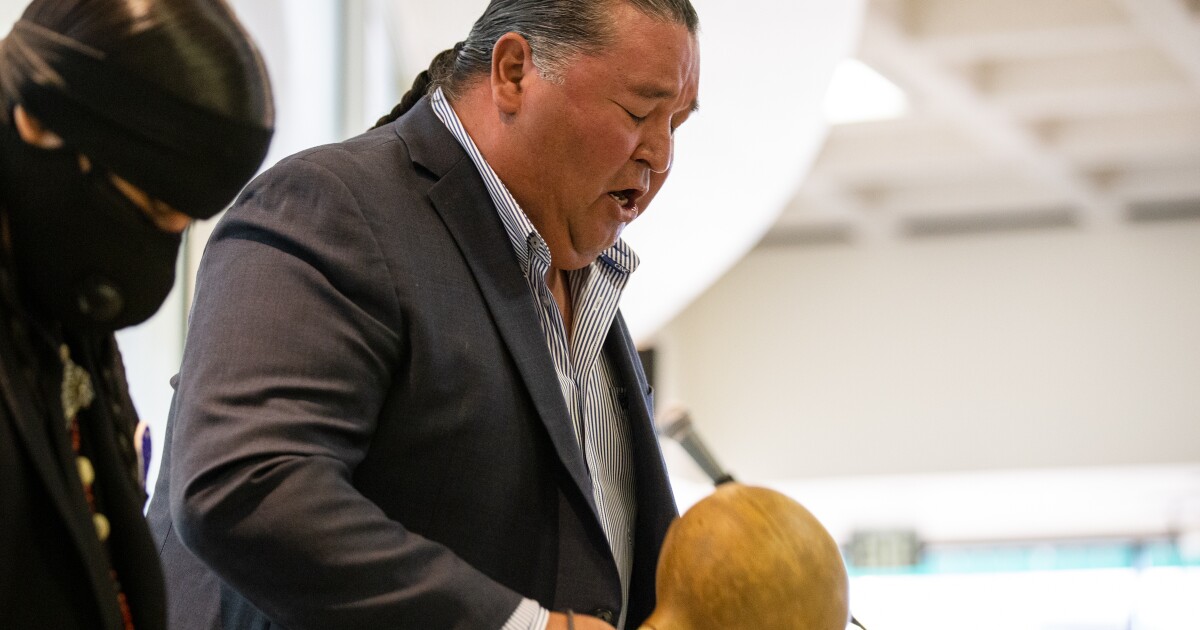 Members of the Indigenous community on Tuesday applauded the opening of the much-anticipated Native Resource Center at San Diego State University.

The event brought together more than 200 people, including many students, faculty, staff and alumni who have advocated for decades for the construction of the cultural center.

Chris Medellin, the centre’s inaugural director, said the shelter was just days away from opening in March 2020 when the campus suddenly closed due to the coronavirus pandemic. Over the next nearly two years, the center found a larger home in the West Commons building in a space that once housed a convenience store.

â€œIt sounds surreal,â€ said Medellin, of the Tule River Yokuts Nation. â€œWe’re here, still in the midst of a pandemic, unfortunately, but we’re trying to make that happen and create space for Indigenous students to feel at home. “

Native Americans are much less likely to attend and graduate from university or have parents who are college graduates compared to students of other races.

The National Institute for Post-Secondary Policy estimates that only 19% of Native Americans between the ages of 18 and 24 are enrolled in college, compared to 41% of the total United States population in this age group. Additionally, Aboriginal students are less likely to graduate from college within six years; only 41 percent of full-time Native American students who started attending four-year schools in 2012 graduated in six years, compared to 62 percent of total students.

Dedicated spaces on college campuses can foster a sense of belonging among Indigenous students, many of whom are away from their communities for the first time or who are the first generation of their families to attend college.

To support Indigenous students, SDSU maintains its Elymash Yuuchaap (Kumeyaay for â€œYouth Thinkingâ€) program, a class that meets every Friday for freshmen to be mentored by their senior classmates.

Thomas Morales, a graduate student in environmental studies (Te-moak Band of Western Shoshone), said Elymash Yuuchaap was one of the only places he felt comfortable when he entered the SDSU campus as a freshman in 2014.

At first, he struggled to apply his high school skills to his college load, and he sought quiet spaces on campus to try and concentrate. Morales said working with his mentor in the EY program helped him adjust better.

â€œNot having parents who know about wrestling is good to have seniors, teachers and staff who care about me and push me to be better,â€ Morales said.

Now, having a dedicated space to study and socialize with other students helps both academically and in the perspective of having a better sense of community.

â€œIt’s very exciting to have a place just to be and feel comfortable with new like-minded people around me,â€ said Morales.

Tuesday’s event also celebrated the 50th anniversary of the Native American Student Alliance campus, a group established in 1971. The organization pushed for the creation of an American Indian Studies program in the 1970s. , one of the first such programs in the nation, and in recent years have advocated for the creation of the Native Resource Center.

Lecturer and alumnus Linda Locklear (Lumbee Nation) was a member of the alliance when she was a student at SDSU in the early 1970s. At the time, there was a house on campus funded by the Office of Business for Indigenous students, but the BIA stopped funding it years ago, leaving Indigenous students with little or no gathering space on campus.

â€œIt’s a long time coming,â€ Locklear said. “The space that people had before that was really the Native Studies department, so if it wasn’t there, the students really wouldn’t have anything to say, ‘this is ours.’ “

The Native Resource Center is one of the newest nine cultural resource centers at SDSU, all aimed at providing additional inclusion support for students and giving the campus population the opportunity to advocate for a variety of causes. The remaining spaces focus on cross-cultural relations, Blacks, LGBTQ +, women, transformative justice, and undocumented student communities, and two more new centers for Latinx and Asian Pacific Islander Desi American are slated to open in the spring.