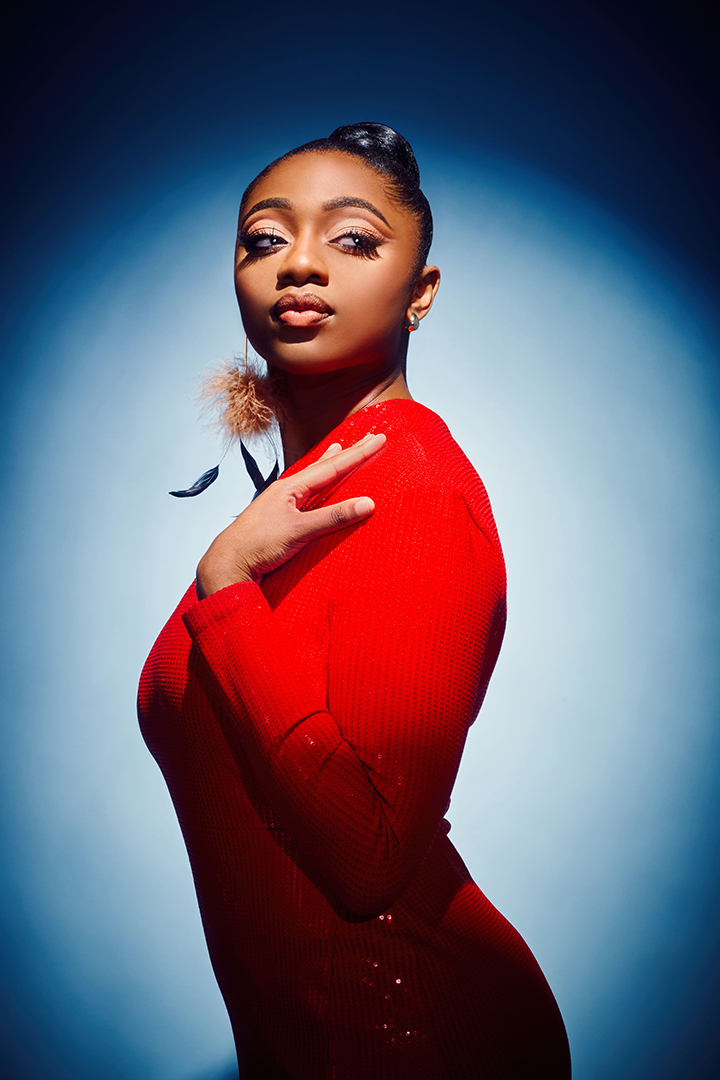 Singer Samara Joy is on her way to becoming a jazz star. She has a rich and moving voice that contains notes from Ella Fitzgerald and Sarah Vaughan. She swings like crazy and her ballad style is clear, emotional and expressive.

As the awards pile up, she has toured Europe and her concerts in the United States from September 1 to early 2023 include more than 40 concerts in cities like Philadelphia, New York, Chicago, Cincinnati , St. Louis and places in between. She brings her band to the Albany Riverfront Jazz Festival on Saturday at Jennings Landing.

She will also play the Jazz at the Lake festival in Lake George a week later on September 17, and return to the area for a show at Universal Preservation Hall in Saratoga Springs on September 23.

“This is just the beginning,” said the singer, all 22. “There is much, much more to come.”

Winner of the prestigious Sarah Vaughan International Jazz Vocal Competition in 2019, she followed that up with her inaugural recording, “Samara Joy” (Whirlwind Recordings), which was aided by a GoFundMe campaign. It was recorded in 2020. No need for such funding now with its meteoric rise. Her second CD, “Linger Awhile”, is out Friday, September 16 on the prestigious jazz label Verve.

“I am deeply honored to be part of a list that has included so many of my greatest vocal inspirations: Sarah (Vaughan), Billie (Holiday), Ella (Fitzgerald) and Betty (Carter) to name a few- ones,” Joy said. “Being part of this lineage is humbling, and I will continue to use all the inspiration they gave me to pursue my own unique journey as a singer and artist.”

This is a collection of classic jazz standards, including “Misty”, “Round Midnight”, “Guess Who I Saw Today”, and “Someone to Watch Over Me”. They are imbued with a jazz phrasing uncommon in such a young singer, with horn lines and an assured flow.

In Albany, she will perform selections from both albums.

Joy, originally from the Bronx, comes from a family of talented musicians. His parents are from Philadelphia. His grandmother played the organ and sang and his grandfather sang too. They were both founders of a choir in Philadelphia called the Savettes. His father is a bassist and sings, his aunts sing and play the piano. “Everyone sings,” she says. She is humble about her accomplishments and admits that as a young girl, “I was actually a quiet kid.”

Growing up, she didn’t know much about jazz. Her first exposure was while attending Fordham High School for the Arts, where she performed with the Jazz Band and won Best Vocalist in the Essential Ellington competition held by Jazz at Lincoln Center’s Jazz Academy. , a program for high school groups.

“We performed whenever there was a big production at school. There was voice, there was drama, there was dance. So the instrumental section, I sat in sort of with the band. I was just singing with the jazz band, very occasionally, once in a while.”

In 2021, she graduated from SUNY Purchase with a degree in Jazz Studies. “I didn’t really start acting until college,” she said. “When I arrived, even for my audition, I didn’t know what a chalkboard or lead sheet or anything was. I just arrived. I knew this thing from Duke Ellington, “I let a song come out of my heart. So I did that.” The answer was good and it was accepted.

When she first got into jazz, she was excited about the breadth of the music and the possibilities it presents.

When: Noon to 8 p.m., Saturday, followed by fireworks

“I love the story. I love that Sarah Vaughan exists,” she said. “There’s always something new to learn, always a record you’ve never heard. And you always know when you see names, when you see Philly Joe Jones on a record, you see Bud Powell, you know it’s gonna be great. I like listening to music. I love singing the songs and trying different things and hearing something and being like ‘Oh, let me try that’. Try a different arrangement. I love everything about it.

This art form has earned him exposure on television and at events like the Newport and Monterey Jazz Festivals.

“I think people maybe understand the fact that I’m not pretending, that I already feel like I fit in,” Joy said. “Here we are, two years after recording my first album. The catalyst for so many wonderful opportunities and open doors since its release. And, now, I present a body of work that hopefully captures everything I learned walking through those open doors.