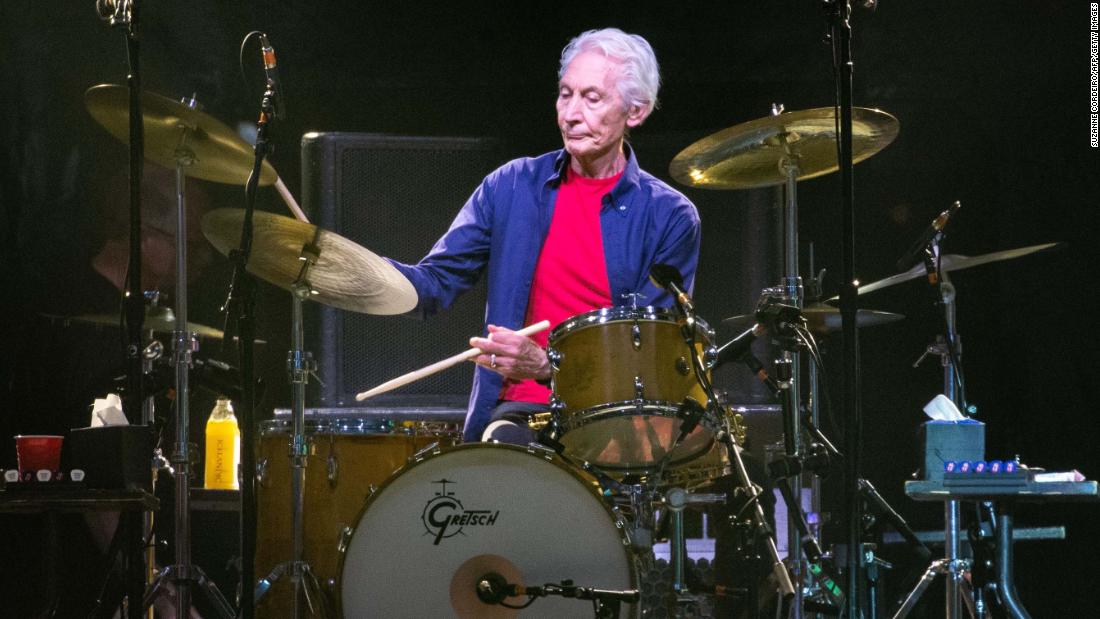 Rolling Stones drummer Charlie Watts, here in 2019, will miss part of an upcoming tour with the band.

The news comes after Watts turned 80 in June and underwent medical intervention for an unknown illness. A spokesperson for the stones posted a statement on Twitter saying the drummer needs to rest and recuperate.

“Charlie underwent a perfectly successful procedure, but his doctors concluded this week that he now needs proper rest and recovery,” the statement said. “With rehearsals starting in a few weeks, it’s disappointing to say the least, but it’s also fair to say that no one saw it coming.”

We are sure you will all join us in wishing Charlie a speedy recovery.

All dates for the 2021 tour will go as planned. pic.twitter.com/8OgOIEwHWq

Watts has been with the Stones since 1963.

“For once my timing got a bit out of place,” Watts joked. “I am working hard to be in great shape, but I accepted today, on the advice of the experts, that it will take some time,” he added. “After all the fan suffering caused by Covid, I really don’t want the many fans who held tickets for this tour to be disappointed with yet another postponement or cancellation. So I asked my great friend Steve Jordan to replace me.

Drummer Steve Jordan, who has performed with Keith Richards over the years and was a member of the house bands for “Saturday Night Live” and “Late Night with David Letterman”, will take Watts’ place on the road.

The “No Filter” tour kicks off September 26 in St. Louis and is scheduled to travel to Dallas, Atlanta, Los Angeles and Las Vegas. Plans for the 15-city tour had been derailed by the pandemic in 2020.

Blackberry Smoke, Allman Betts Take It Back To Jacksonville