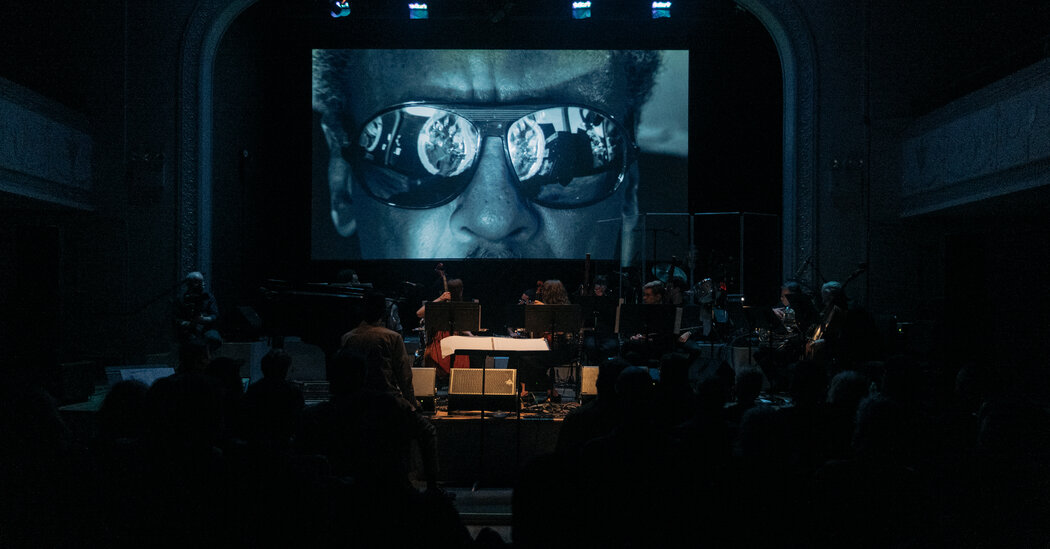 The most reductive observation I can make about improvisational composer and multi-instrumentalist Henry Threadgill’s Roulette activity this weekend is that he has made his debut with some truly exciting new chamber music. Because it offered a lot more, too.

Its multimedia programming spanned Friday and Saturday, each evening lasting over two hours. While the first set was titled “One” and the second – playfully and unspecifically – was called “The Other One”, both contained versions of his composition “Of Valence”, for three saxophones, two bassoons, two cellos, as well as a tuba, violin, viola, piano and percussion.

Threadgill, 78, has long exhibited a playful spirit, ambition and unusual configurations in his work. His 1979 album “X-75 Volume 1” engaged a four bass nonet, four winds and a singer.

In 2016, he won the Pulitzer Prize for Music, for the double album “For a penny, for a pound,” which focused on Zooid – his late-career band which includes tuba, acoustic guitar, cello, drums and Threadgill’s flute and alto saxophone. Players in this ensemble improvise over quasi-serialized interval sequences (suitable for a composer who, in conversation, is as likely to bring up Elliott Carter as Duke Ellington).

But the shows this weekend were something new. Tubist Jose Davila, cellist Christopher Hoffman and pianist David Virelles are among Threadgill’s closest associates and are able to lend fanfare panache to his most complex counterpoint music. Joining a larger group, their sound is directly inspired by the Zooid language – and some of its freer applications, as heard in Double Up Set — while multimedia sheds new light on this composer’s late style.

These multimedia elements included collaged photographs of street debris that Threadgill took during the mass exodus from New York at the start of the pandemic, projected onto a screen; live recitations of prose written to accompany the images; looped pre-recorded backing vocals, with all parts voiced by Threadgill; and video essays that cut between images of even more chamber music and the composer’s funny sermon on smartphones and distraction.

Threadgill did not choose an alto saxophone or flute for a live performance, although the video features him on bass flute. His instrumental contributions were limited to a pair of brief piano-vocal moments, affecting in their vulnerability but a touch too shy to be perceived as safe. (His pre-recorded backing vocals were more vocally assured.)

Otherwise, he focused on leading the 12-man set. On Saturday, they sounded like they were in tune with all his surprise rhythmic feints – producing an obliquely danceable and frankly joyful Threadgillian energy.

At one point during the second hour of both nights, a string trio consisting of cellist Mariel Roberts, violist Stephanie Griffin, and violinist Sara Caswell played off-kilter lines that seemed to tease a traceable canonical pattern. , but which remained melodically and rhythmically independent. It was tightly plotted and resisted easy analysis; yet, it didn’t feel much like Zooid’s zigzag interaction.

New brilliance came from electronically manipulated cymbal tones, courtesy of drummer Craig Weinrib. (The transducers he used to manipulate these metallic timbres were a tribute to the late percussionist Milford Graves, to whom the music was dedicated. The performances as a whole were dedicated to critic and pioneering musician Greg Tate, who died last year. )

These buzzing metallic timbres contrasted subtly and ghostly with the vibrato sound production of the string trio. Next, tenor saxophonist Peyton Pleninger developed a solo from downward dipping patterns in the strings. As he developed a frenetic, improvisatory energy from melodic cells, the string players began to advance in an extended technique, with strumming, bowing at the bridge, and lightly plucked pizzicato.

Alongside Weinrib on his drums, some weeping alto sax figures from Noah Becker inspired beautiful portamento lines from Griffin’s alto, as well as the entry of the two bassoonists first playing long dark tones, before to turn into peppery and explosive bursts. The gradual swelling of instrumental forces continued; Saturday, this section contained a galvanic sense of swing, even through Threadgill’s successive and minute tempo changes.

Sometimes, when you wanted the groove to continue, a quick exclamation from the set and a surprise jolt in the beat would bring everything to a dramatic and unexpected end – at which point Threadgill would revert, for example, to reciting sections of his prose against projections of paintings by his daughter, Nhumi Threadgill. Or he would sit near the stage while a video played, showing Henry Threadgill moving various talismans around a horizontally resting mirror. In parallel, a voice-over delivered the composer’s observations on contemporary life.

If Threadgill’s spoken or sung texts stopped at narration, they were by turns captivating or humorous as cultural criticism. A laugh-out-loud video involved him recalling both his own and a barista’s annoyance at a cafe customer who, engrossed in texting, failed to place an order.

But while the audience was invited to join the composer in grumpy irritation, that wasn’t the vignette’s only purpose. Instead, this track ties in thematically with Threadgill’s broader concerns about what we too easily throw away, including our attention. When his spoken text referenced rat populations and their proximity to outdoor diners, his pre-recorded vocal choir began singing about something “crawling up my leg.” These lighthearted moments had a way of balancing the more serious attributes of the text — notably about the nature of inequality in New York City, before and during the pandemic.

While the precise placement of the videos and spoken texts changed from night to night, the musical sequence was largely the same. The benefit of Saturday’s set was its increased tightness – overall as well as in media transitions. If any form of this vibrant chamber orchestra music makes it to a recording, it should be accompanied by documentation of the experience in the room (similar to how a studio recording of Anthony Braxton’s opera “Trillium J” contained a video of sound half-stage premierealso in Roulette).

“Of Valence” came close to being too much to take in one sitting at times, so it was good that Roulette booked the show for two nights. This long-established and far-sighted Brooklyn location is the only place in town capable of delivering a clean presentation of Threadgill’s multimedia, as well as the willingness to let this composer take the plunge.