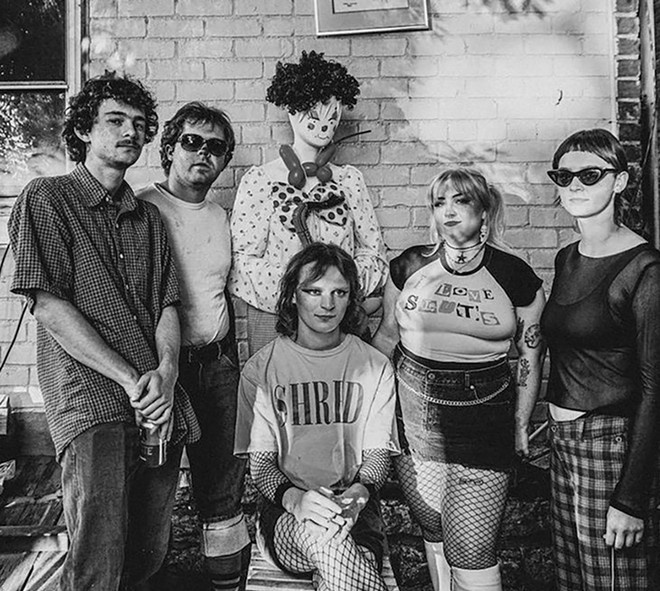 Photo: courtesy of Willie & The Cigs

Looking for the soundtrack of your summer? Lucky for you, plenty of local artists, from beloved Cincinnati Tweens to newcomers Louse, are happy to bring you sweet summer tunes, performed in a variety of cheerful joints around the Greater Cincinnati area. Here are some of the must-see shows featuring local artists in July.

Pou, Chuck 2 and Supercrush (Seattle) at the Hub
The Cincinnati band Louse will make their debut at this July 10 show at The Hub. The gothic rock band will be joined by Chuck 2, a lo-fi band from Cincinnati. They appear with alternative rock band Supercrush, on tour from Seattle. 9:07 p.m. July. The Hub, 1209 Main St., Over-the-Rhine. totallythehubotr.com.

Mary Henry, Monsoon (Athens, Georgia) and Plug at The Comet
Find yourself in the neon lights of The Comet on July 13 for a performance by Mary Henry, one of Cincinnati’s newest bands. The all-female five-piece outfit creates vibrant and accessible bedroom pop/post-punk. Athens, Georgian alternative pop Monsoon and locals Plug will also play this show at The Comet. 9 pm July 13. Free. The Comet, 4579 Hamilton Ave., Northside. happeningnext.com.

Ben Levin Three to Ghost Baby
Head four stories underground to the chic and lavish Ghost Baby, recently included in Esquire magazine’s “25 Best Bars in America” ​​list, to hear some tunes from local musician Ben Levin and his band, called Ben Levin Three. The Cincinnatian is an award-winning traditional blues pianist and singer who has been something of a curator, in recent years, for pre-rock ‘n’ roll blues and R&B. His most recent album, “Still Here”, debuted in the top 10 on Billboard‘s Blues Charts. 2 sets at 8 p.m. and 10 p.m. on July 20. Free. Best to book in advance. Ghost Baby, 1314 Republic Street, Over-the-Rhine. ghost-baby.com/events

Send CityBeat a news or story tip or submit a calendar event.