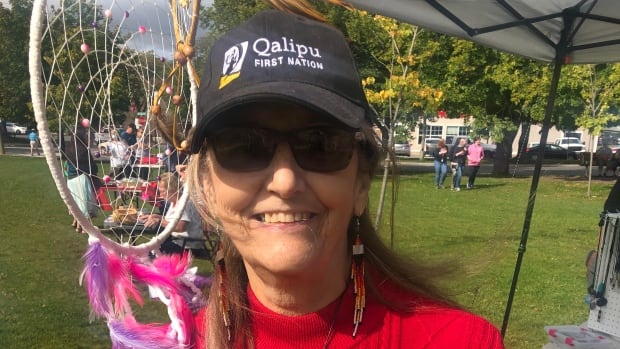 Newfoundland and Labrador’s newest Native Band marked a milestone on Wednesday, celebrating 10 years since the creation of the Qalipu First Nation under the Indian Act.

Yesterday, about 50 people gathered on Majestic Lawn in front of the main Qalipu office, and others gathered in several places on the west coast and central Newfoundland, for parties and festivities.

The regional chief of the Assembly of First Nations came from Nova Scotia to participate in the party in Corner Brook.

â€œThis is an important milestone for this community. I am so happy to attend this event and celebration,â€ said Paul Prosper.

â€œIt is a testament to the determination and commitment of the Qalipu Band and its members. It represents a certain sense of pride in a shared history, a shared culture and a shared recognition to come together and practice these Mi’kmaq ways.

Members celebrated with a barbecue and a big cake as they held elections for the new chef, vice-chef and council, with voting taking place digitally and by phone later in October.

Marilyn Matthews set up a vendor booth at the Corner Brook celebration, selling her handmade jewelry to the crowd.

â€œMy passion is with seed beads. This is where I started and I love seed beads,â€ she said.

She uses bones from native vendors and creates necklaces, earrings, and other jewelry for sale. Matthews began creating in 2012 when the Qalipu First Nation Band was just getting started. She’s never been a cunning person before, she said.

Now Matthews and other vendors can show off what they’ve learned.

â€œWe can embrace our culture. We can organize celebrations like this. And a lot of people who are not native people like to be part of our culture and that’s very uplifting for us, â€she said.

As September 22, 2021 marks the tenth anniversary of the establishment of the Qalipu Mi’kmaq First Nation by the federal government, band membership is a matter of contention for many.

Almost 24,000 people have been recognized as founding members, in 67 communities in Newfoundland and abroad. A few years after its creation, more than 100,000 people have come forward claiming to be members.

The federal government has reviewed applications for membership, and many have lost their status and related benefits.

Earlier this year, in March, Ottawa pressed a pause in talks to potentially include more members.

Universal Music is a success