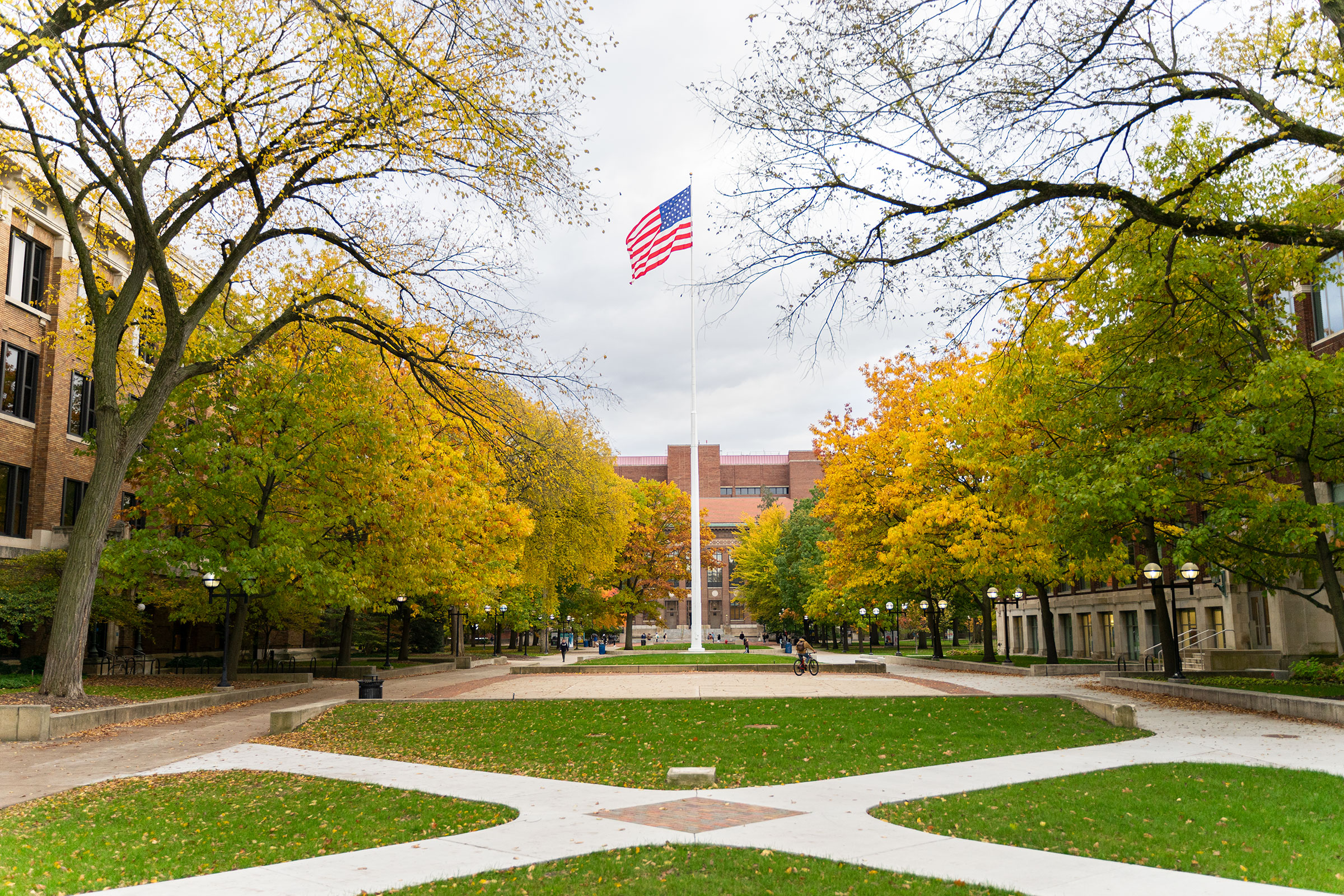 Partisan perception of the American flag must be changed

I pity those who didn’t attend the Washington football game last month. Not because we pummeled the Huskies – although it was a treat – but rather because you missed the Michigan Marching Band halftime show. Dedicated to the victims of September 11, 2001, the group performed an arrangement celebrating New York City and the rich American musical tradition, while being adorned with colorful LED lights. For their last song, “Stars and Stripes Forever” by JP Sousa, the marching band formed a magnificent American flag 70 meters long.

At the sight of the flag, the Great House burst into cheers. It surprised me. I have always celebrated the flag; for me, it is a source of pride and a reminder of how lucky I am to live in this country. At the same time, I recognize that my association with the flag is not shared by all, especially given its currently polarizing character.

On January 6, a sea of ​​American flags, traditional and unorthodox, descended on the Capitol building, carried by a crowd determined to hamper the democratic process. In Brazil, citizens advocating for undemocratic reforms adopted the flag as a symbol of their struggle, and last July a farmer in New York was called a Trump supporter for the sin of displaying an American flag to the side. from his potato truck.

It is shameful that our nation’s most iconic symbol can be co-opted by a single political faction. According to journalist Marc Leepson in his book Flag: An American Biography, the founding fathers did not attach much importance to the flag. The first documented reference to the flag, the flag resolution of 1777, simply reads,

Resolved, That the flag of the thirteen United States be thirteen alternating stripes of red and white; let the union be thirteen stars, white in a blue field, representing a new constellation.

There may have been a heated debate among the founders about the meaning of the flag behind closed doors, but according to most historians the flag probably arose out of the simple need to distinguish the Continental Army on the battlefield.

In the decades following the American Revolution, mythology began to arise around the flag which obscures the actual evolution of the flag within national consciousness. Did you know that Betsy Ross didn’t sew the first flag, or that Washington didn’t take it with him when he crossed Delaware, even though this famous painting gives that impression? It was not until the beginning of the Civil War that the Star Spangled Banner became a national symbol. Another seemingly paramount institution, the pledge of allegiance, was conceived at the end of the 19th century (relatively recently) to celebrate Columbus Day. The phrase “under God” was added in 1954 as a signal of anti-communism during the Cold War. Controversy over respect for the flag erupted during the Vietnam War, when anti-war activists burned the flag in protest and was rekindled in 2016 when former NFL quarterback Colin Kaepernick, began to kneel during the national anthem.

History teaches us that the meaning of the flag has changed over time to serve a variety of political purposes, even though the founders did not see it as a political symbol. Why, then, does the flag continue to feature so prominently in national politics?

Perhaps the reverberations of Vietnam’s turbulent flag-burning era have not yet been anchored in national memory. Perhaps the rapid expansion of post-9/11 patriotism was immediately soured by the revelation of the conduct of the US military abroad, such as mass torture, and the rise of Islamophobia at home. . Whatever the reason, our concern for the flag as a signal of political inclination is unnecessary, harmful and deserves to be withdrawn.

Our generation should usher in a period of new nationalism. Be proud of the flag, not as a symbol of the government, but of the people. Claim it as your property. Pour into it all the hopes you have for the future of the country, and let it be your American flag. Don’t let any faction impose their version of the flag on you. If Biden loses the presidency in 2024, don’t remove your flag. Keep it right next to your favorite candidate’s sign as a signal of your dual commitment to both your politics and your country as a whole. Direct your political energy into organizing, protesting and campaigning as you see fit, but preserve the flag as an institution separate from the politics and polarization of the day. The nation desperately needs to remember that we are bound by the same fabric of red, white and blue, and that we all have a stake in the future success of the country. By putting the old flag back in the annals of history and hoisting a new one in its place, we are taking the necessary first steps towards memory.

Alex Yee is an opinion columnist and can be contacted at alyee@umich.edu.