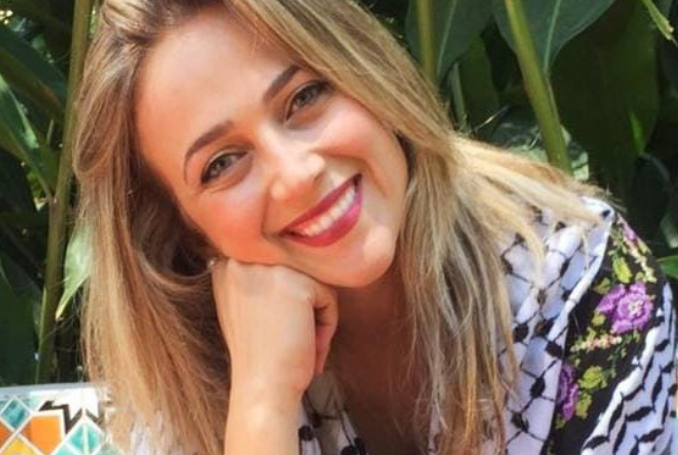 Palestine as a song: the journeys of grandmothers in musical constancy

Painting the land and people in vivid colors, Nazareth-born singer and scholar Dalal Abu Amneh undertook a journey around Palestine in the summer of 2021 for the Al Araby 2 series “Mishwar Sitti” (The Journey of My Grand -mother), singing over 100 songs, uncovering local stories, and putting older women at the center of telling their stories and struggles.

Reinforced by a group of instrumentalists chabab playing oud, buzuq and percussion, Dalal’s entourage explored regions of historic Palestine torn apart by an ongoing Nakba. As the series ended on March 31, 2022, Dalal was visibly moved, telling the cameras:

“Over the past few months, we have made many trips. We traveled throughout beautiful Palestine, through our towns and villages. We got to know people’s stories.

Relatively few Palestinians could approach the kinds of geographic traversals of historic Palestine undertaken by Dalal and his group through the series. Writing his own bittersweet comeback in “I saw Ramallah” after the Oslo “peace” accord, the late Palestinian poet Mourid Barghouti described the homeland through the metaphor of a song, asking:

“What is the love that does not know the beloved? And why couldn’t we remember the song? Because the dust of facts is more powerful than the mirage of a hymn? Or because the myth had to descend from its high peaks to this real alley?

“Mishwar Sitti” would summon the memories of its places and those who remained within, counting those displaced within the confines of their own torn homeland. These include Rabah Abdallah, a displaced Palestinian from Tabariyya (Tiberius), who leads the musicians on a moving walk around the city, remembering its Turkish baths and pre-Nakba agricultural traditions. Walking towards his now colonized home, Rabah and Dalal burst into “Marmar Zamani”, whose heartbroken lyrics and maqam huzam melody took on a new meaning for the natives of Tabariyya, who were driven from their land in their entirety:

Sour were my days

How my days have been soured

Between songs, Rabah spies on his house from afar and Dalal speaks hopefully of his right to return. As in other episodes of “Mishwar Sitti”, the group sings celebratory songs from zaffaor wedding procession, filling ancient aisles with rhythmic energy and optimism.

During the same trip, under a gigantic fig tree remembered by the scattered inhabitants of Qariyat al-Shajara (“Village of the Tree”), Dalal and the chabab alongside Abu Nasser, 81, expelled with his family during the Nakba at the age of 7, and cousin of legendary poet-singer Abu Arab. Gathered on land expropriated by the Zionist state, Dalal begins with a famous mawwal vocal intro reminiscent of the fruits of the earth, as the band dedicates a rendition of Abu Arab’s song “Hadi Ya Bahr” (Be Calm, Oh Ocean) to the memory of a steadfast fighter for Palestine.

I swear to God and the revolutionaries

To never forget your right, my home

That no matter how long the journey

I will come back to you, my village

Be calm, oh ocean, be calm

We’ve been apart for a long time

To the land that raised us

Overwhelmed by emotion at the end of the song, Abu Nasser is kissed by Dalal, who assures him: “we are coming back, we are coming back”. A continuous message from sumudan unwavering refusal to submit, flows through the music and the stories.

Traveling to al-Khalil (Hebron) on March 8, Dalal is greeted by novelist and song scholar Ahmad Herbawi, who shows the women the old city, dating back to before 3000 BCE. Al-Khalil was listed as a UNESCO heritage site in 2017, despite Israeli opposition. Like occupied Jerusalem, here is a Palestinian city where colonialism has bitten to the core, with continual Zionist “settlement” separating the city from itself, making preservation and research into the cultural history of al -Khalil an important element of social and political struggles. . The past and present histories of the earth are deeply intertwined, as Barghouti reminds us:

“We only sing it to remember the humiliation of having it taken away from us. Our song is not for a sacred thing of the past but for our current self-respect which is violated anew every day by the Occupation.

Ahmad and Dalal discuss the continued evictions of Palestinians from their homes as Israel attempts to Zionize al-Khalil. Ahmad explains: “To this day, we are suffering the effects of the last 70 years of occupation, unable to preserve the city’s cultural heritage and build economically. On the band’s soundtrack to “Muntasib al-Qamiti Amshi” (“I walk upright”), a poem by Samih al-Qasim set to music by Lebanese icon Marcel Khalife, Dalal is filmed in admiration of traditions khazaf ceramics and the spirit of the Khalili people: “Everything in al-Khalil is sumud. You live this occupation on a daily basis, perhaps in the most difficult of cities in Palestine… in the face of daily provocation.

Highlighting the violent separation from Palestinians – and the limits of attempting a musical journey through Palestine – the finale of “Mishwar Sitti” sees Dalal, women and musicians symbolically connect to Gaza, “a city I dreamed of visit all my life… a university of sadness and joy, imprisonment and freedom, past and future, death and life. that separate the Palestinian people, to “break the isolation of Gaza” and to “connect with our steadfast people”.

A live video link reunited Dalal’s group in the ancient coastal town of Tantura, south of Haifa, with a crowd of women on a Gaza beach. Dressed in traditional tatreez embroidery and aiming to reconstruct a Gazan zaffathe experience carried the joys and hopes of Palestinian women, who sang:

Gaza, oh pulse of our country

The splendor of your land is our land

Your banner rises with it Palestine

Not for the first time in the series, the musical gatherings felt like a demonstration, a request to be heard. Standing symbolically on a land facing increasing encroachment evoked the 1948 Palestinian protests and return campaigns from Iqrit, Wadi Subala and other villages, where music and poetry accompanied political demands. Dalal’s March 13 episode of Naqab music aired amid growing confrontation between state forces and people power of Bedouin women and youth fighting Zionist land grabs .

There are signs that the May 2021 Unity Intifada has galvanized and emboldened Palestinians across the country, with Dalal emerging as one of many radicalized by the movement – ​​having previously performed on Israeli platforms, she aligned during “Mishwar Sitti” with messages against normalization, including boycotting Expo Dubai because of its celebration of Zionism.

An expression of commitment to the stories of Palestinian women, Dalal’s series has captured the interest of thousands of viewers. While mainstream media platforms like Al Araby may not themselves be “instruments of liberation”, to borrow a term from Leila Khaled, “Mishwar Sitti” shows that narratives against colonialist oppression, speaking openly and chanting the right of return can find a way to be heard.

– Louis Brehony is a Manchester-based musician, activist, researcher and educator. He is the director of the film Kofia: A Revolution Through Music (2021) and the author of an upcoming book on Palestinian music in exile. He writes regularly on Palestine and political culture and performs internationally as a guitarist and buzuq player. He contributed this article to The Palestine Chronicle.