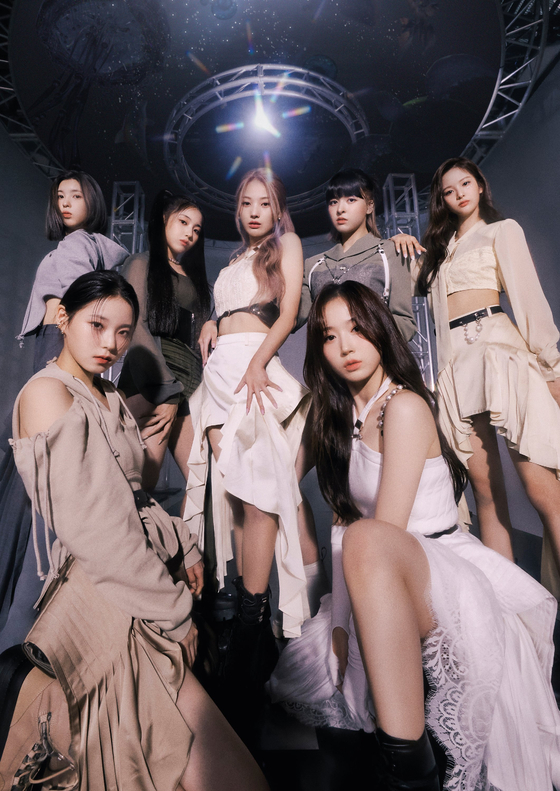 Nmixx has recorded the highest debut album sales by a girl group in K-pop history, according to its agency on Tuesday. [ILGAN SPORTS]

JYP Entertainment’s rookie girl group Nmixx has recorded the highest debut album sales by a girl group in K-pop history, according to their agency on Tuesday.

Selling 227,399 copies of their debut album “Ad Mare” since its release a week ago, the group is garnering explosive attention.

the music video for EP title track “OO” scored over 20 million views on its first day of release. Currently, it has some 41 million views.

The EP also reached No. 1 on the local Hanteo and Gaon music charts after its official drop on February 22.

After its successful debut, Nmixx will hold a showcase at 8 p.m. Tuesday at Blue Square in Yongsan District, central Seoul. The concert will be available offline and also streamed online.

Nmixx consists of seven members: Lily, Haewon, Sullyoon, Jinni, Bae, Jiwoo, and Kyujin. Apart from Lily who is Korean-Australian, all the members are Korean.