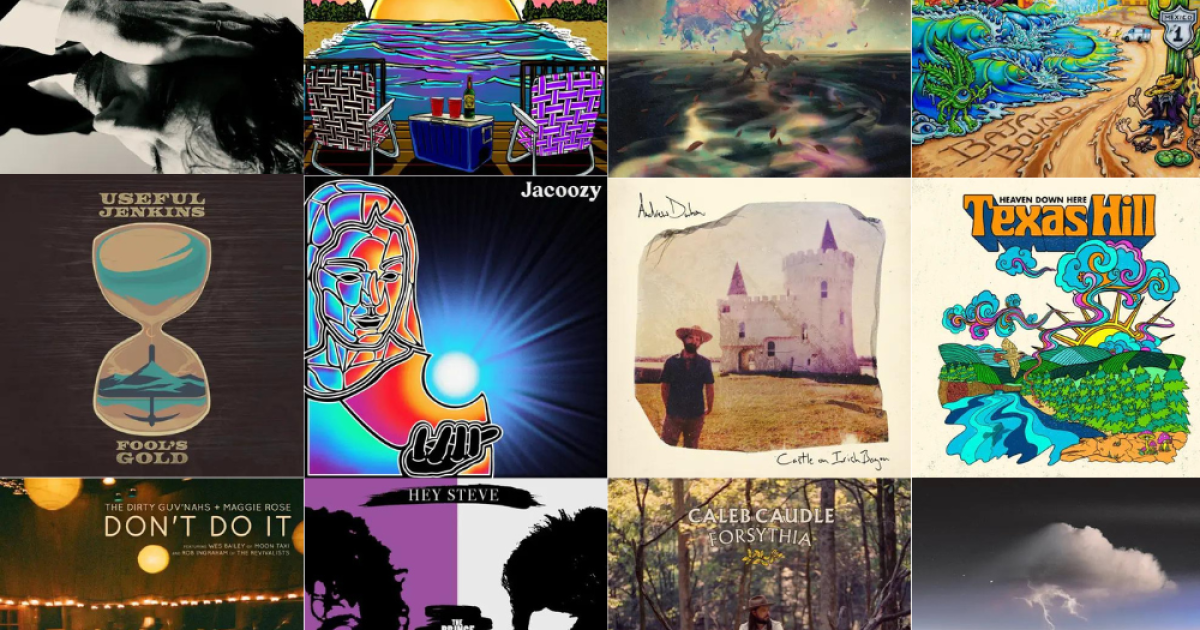 9:00 a.m. – Take a picture – Andrew Bird
Andrew Bird’s latest album “Inside Problems” is a collection of 11 original songs about the complex thoughts, questions and middle of the night obsessions that swirl inside all of us. Bird says, “’Make a Picture’ is about digesting images of historical events and building a narrative for your memory. Perhaps it suggests that your perspective creates your experience.

10 a.m. – The Porch – Ballyhoo!, Kash’d Out
Ballyhoo is a self-proclaimed beach rock band from Maryland. Ballyhoo will be touring with Hirie, KBong and Johnny Cosmic on Hirie’s Mood Swing Tour starting this fall. Luckily for us, they have a planned stop at The Cabin in Park City on October 8th.

11:00 a.m. – River Drift – Twiddle
Twiddle is a 4 piece jam band from Vermont. Known for their jaw-dropping live performances, the band have repeatedly sold out some of the world’s most legendary venues, including the Red Rocks Amphitheater in Colorado and festivals such as Bonnaroo and Electric Forest.

1:00 p.m. – Baja Bound – Tunnel Vision
This is a song for your SoCal surf/reggae/ska band Tunnel Vision road trip playlist. “Baja Bound” evokes Jack Kerouac’s classic On the Road, but with a modern SoCal flavor of sunny days on the waves and hot nights of drunken camaraderie on the way to crowded shows in Mexico.

2:00 p.m. – Just the right amount – Helpful Jenkins
Useful Jenkins calls itself “an acoustic earth love band”. Their deep lyrics and incredible vocals sound straight from the soul and layer over the jamgrass instrumentals.

3:00 p.m. – Cold Heart – Jacoozy
Jacoozy spells their name JACOOZY, not the same as your spa spelling. Their track is so fresh that they don’t have a web presence yet. The best we can say is they’re fresh out of college and from somewhere in Appalachia

4 p.m. – Irish Bayou Castle – Andrew Duhon
Andrew Duhon is a songwriter from New Orleans, a storyteller with an unmistakable, weighted and moving voice. You’ll hear that New Orleans twang from the first notes of this new track

5:00 PM – Easy on the Eyes – Texas Hill
Texas Hill is a gritty amalgamation of overlapping tastes and distinct voices that meet in the middle in a bold harmonic trio. Their vocals are described as gospel-tinged country smoke and rasp bluegrass and Americana roots. The three band members each competed separately on The Voice and American Idol.

6pm – Don’t Do It – The Dirty Guv’nahs, Maggie Rose
The Dirty Guv’nahs are a 6 piece Rock & Roll band from Knoxville, TN. They teamed up with Maggie Rose, a Nashville-based singer-songwriter who adds her own unbridled collision of rock-and-roll, soul, folk, funk and R&B to the track.

7pm – Miss Prince – Hey Steve
Hey Steve describes his music as ‘apocalypse music’. This new track is for all Prince fans!
Count how many Prince references you recognize in this new track.

8 p.m. – Crazy Wayne – Caleb Caudle, Jerry Douglas, Sam Bush
Caleb Caudle is from North Carolina. He moved to Nashville before the pandemic to find himself immersed in a community of talented musical collaborators. Then a devastating tornado tore through Nashville. Then the pandemic hit. He retired to the wilds and to North Carolina to wait. His most recent album is described as: “Thematically, it meets anticipation of an unknown future with nostalgia for the past, and reconciles the two with meditation on the present.”

9 p.m. – Ballad of a straw man – Los Colognes
Los Colognes have made a name for themselves over the last decade making literary, friendly 70s/80s rock, rooted in the tradition of classic bands while constantly seeking a modern twist to their new identity.

Explained: What happened in the Constituent Assembly 75 years ago when the national flag was adopted?