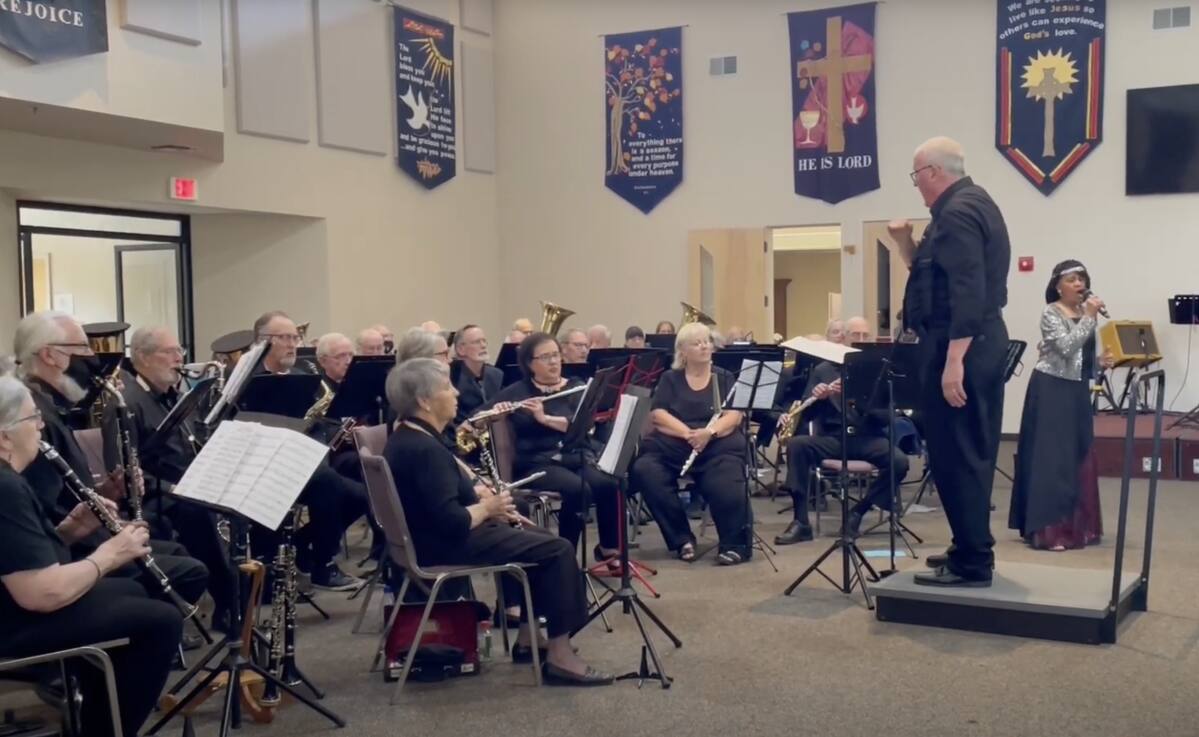 New Horizons Band of Sonoma County returned to live music. This is exactly what we need.

There’s never a bad time for live music, but this show, on a Sunday afternoon in Healdsburg, seemed sent for healing.

After the devastating race-based massacre that left 10 dead in Buffalo, things look very grim. Then there were reports of another mass shooting in southern California on Sunday.

The war in Ukraine. The potential overturning of Roe v. Wade. The 1 millionth death from COVID-19 in this country.

I didn’t go to see and hear New Horizons needing to be uplifted or to feel all the feelings, it just happened that way.

Seeing them play had been on my to-do list for some time. It just happened at the right time.

Hearing a band, whose motto is “senior musicians making music for all ages”, move from Gustav Holst’s “First Suite in E-flat (Chaconne)” to “Precious Lord, Take My Hand” to “The New Colonial March” is swinging through the emotions that life has thrown at us lately.

And hearing soloist Sharon Griffith, dressed in silver sequins and a long black and brown dress, sing “Someone to Watch Over Me” near the end of the program was almost too much.

Music, especially live music, is a balm in these troubled times. And we missed it.

You could hear it in the response from the nearly full house Sunday at the Healdsburg Community Church. You could hear the appreciation for the effort, for the emotion, for the comfort that the musicians provided.

I’m sure the program was established weeks, even months ago, but there was a prescience in the selections.

Band leader Lew Sbrana noted in his introductory remarks on the song, what a deep — and painful — story it has.

He was reportedly a favorite of Martin Luther King Jr. and was a mainstay at his services at Ebenezer Baptist Church in Atlanta.

Mahalia Jackson sang it at her funeral in 1968.

And Aretha Franklin sang it at Jackson’s funeral four years later. It is one of the most recorded gospel songs in history.

And his own story is one of pain. Tommy Dorsey wrote it in 1932 after his wife and son died in childbirth.

I’m not a religious person at all, but the song is deeply moving, especially as we all grapple with pain and darkness.

Lead me to the light.

We are indeed tired and worn out. And could definitely use some light.

So when Griffiths stepped up to the mic near the end of the program and sang “Someone to Watch Over Me,” I think the crowd was ready for comfort. Ready to be enveloped in his voice and this song.

The lyrics, by George and Ira Gershwin, aren’t the most progressive, but something came true on Sunday when hearing Griffiths sing the words “I’m a little lamb that’s lost in the woods.”

His voice offered respite to those who were weary and worn out among us.

But Sbrana and his crew didn’t send us back into the afternoon sun on a somber note. Above all, the music of this group is made to move but above all to elevate.

After John Ray led the group through “Blue Mambo”, Lew Bishop led a medley of Beatles songs, including a soaring version of “Hey Jude”.

When the crowd called for an encore, Sbrana must have laughed.

“We are still preparing an encore but please ask,” he said.

It was “Curtain Call,” which Sbrana described as a “fun and fun” piece to perform.

There are toy sounds and whistles, lots of big horns, and a ton of pep.

This, like the gospel music that came before, felt necessary. We wanted to go out in style.

We were doing. And thank you.

You can reach staff columnist Kerry Benefield at 707-526-8671 or [email protected] On Twitter @benefield.

The Secret Jewish History of The Who – The Forward