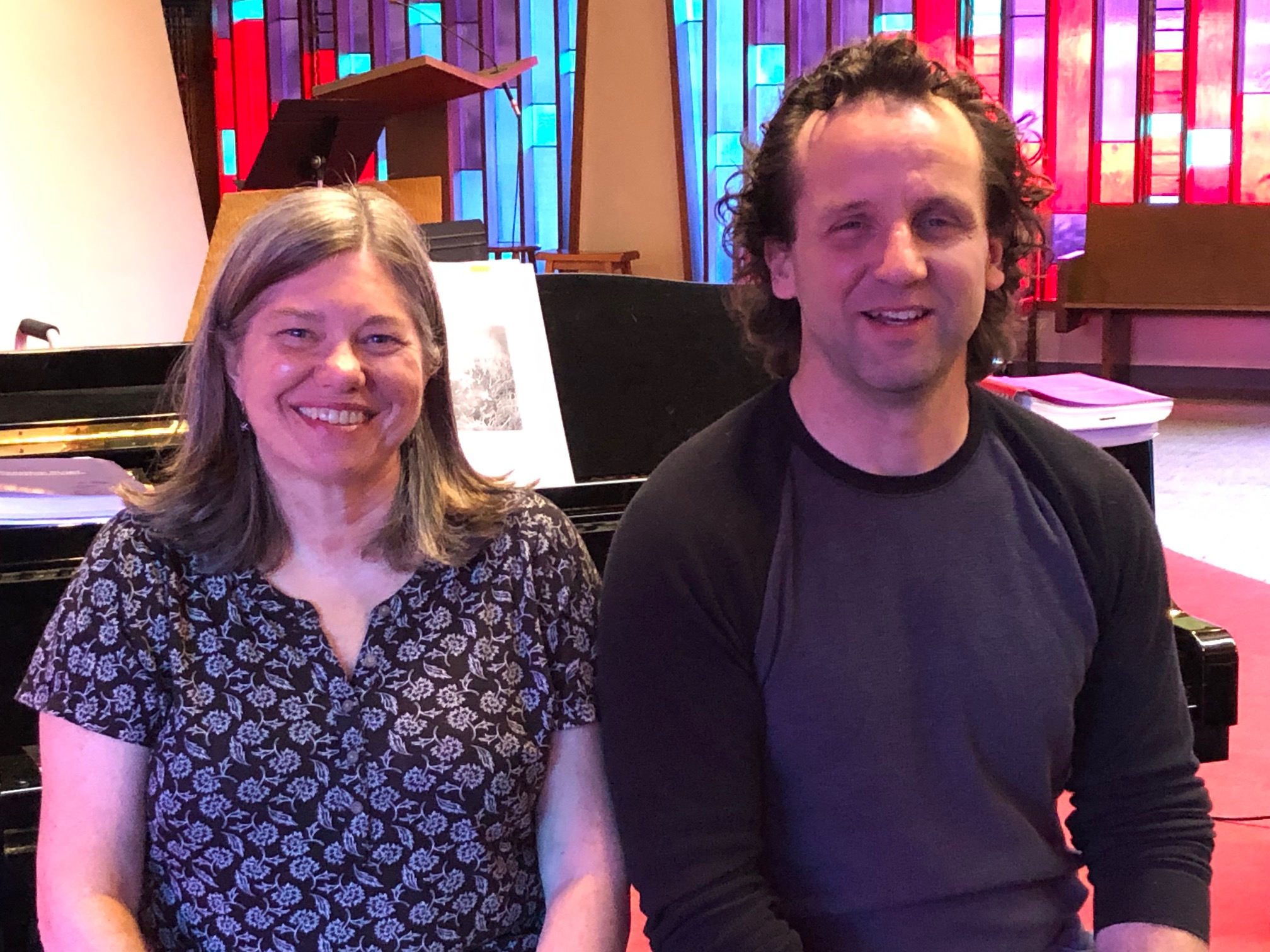 The Beatles sang that the long, winding road leads to a door. Sometimes a long and winding road can lead to a place of worship. And church music can open that door. That’s why new rock band Vespers from St. Mark’s Lutheran Church in Lacey kicks off the first of four popular music services on May 14 at 6 p.m.

“The goal is to create a new service that caters to people who find spirituality through music,” says Terry Shaw, the church’s music director. “The other goal, which has been the goal of many churches over the past few years, is to reach those who are not necessarily Sunday morning worshipers.”

The word “vesper” means an evening worship service. In Latin, it also refers to Venus, the evening star. That’s why the Rock group Vespers will be offering its new alternative rock/pop service in the evening. “There are a lot of spiritual people out there, faith-filled people,” Shaw says. “Can we make a church look like anything other than a traditional Sunday service?”

Shaw-led Rock Band Vespers features piano, keyboard, bass, drums, guitars and saxophone. The band will play rock/pop music that in some way connects to some short scripture readings provided by Rev. Beth Utto-Galarneau, co-pastor. “Leaders understand that many in the population are deeply spiritual but unconnected to an institutional church, or disillusioned,” says Utto-Galarneau. “We want to create a space for people to listen.”

The offices will be mainly musical and will last approximately one hour. They will include a time of instrumental music where participants can sit quietly and pray alone or with Utto-Galarneau.

“We wanted to create a new space through music,” explains Shaw. “We asked, ‘Is there a group of people who would benefit?'” Shaw expects some people in attendance to join in the chanting and others to sit and listen, depending on what they need at that time. “There’s nothing wrong with being at the back or up front,” he said.

The band plays music from the Beatles, Eagles, Billy Joel, John Mayer and other rock/pop icons. Shaw and Utto-Galarneau describe that the songs on each of the second Saturday services will follow an arc. “Terry was very intentional about the flow,” Utto-Galarneau says of the music choices. Shaw says each service will feature three groups of songs. The themes of the first group are “frustration and the search”. The theme of the second is “finding”. And the theme of the third will be “don’t worry about anything”.

Shaw has a long local history with music and education in area churches, schools and community. He began teaching choir and bodybuilding at Timberline High School in 2001 and coached football. Shaw also received the 2017 Governor’s Arts and Heritage Award for his work with the music community. Shaw holds a bachelor’s degree in music education from Pacific Lutheran University (PLU) and a master’s degree in music from Boston University. Co-pastors Beth and Eric Utto-Galarneau also have PLU training — they met while attending this college in Tacoma.

Band members include the talented father-son duo of John Martin (guitar and keyboard) and Benjamin Martin (saxophone), Felix Halvorson (guitar), Darlene Jones (drums) and Rick Jarvela (guitar). Shaw is the lead vocalist, and he plays piano and guitar, as well as bandleaders. In another PLU connection, Benjamin Martin and Halvorson are both students at Lutheran College and play in the University Jazz Ensemble.

Shaw says the urge to find an option for another type of worship came to him when he was thinking about a longtime band at a Presbyterian church in Tacoma, the “Blues Vespers” who play blues music. Shaw says he knew they had a popular audience of people who might not otherwise attend a more traditional church service. “I thought of the same kind of idea,” says Shaw of St. Mark, where he led music for seven years. “We’ll call them the Rock Vespers.” He says he took the proposal to Utto-Galarneau, and she and the church leadership took it from there.

Shaw and Utto-Galarneau say they and the church will assess how to proceed after the four months of these new services. Shaw, who is also a pilot, says the four services are like “touch and go” before deciding how to land this musical plane.

The Rock Vespers will perform monthly at 6pm on the second Saturday from May to August in the sanctuary of St. Mark’s Lutheran Church, 2109 College Street SE, Lacey.