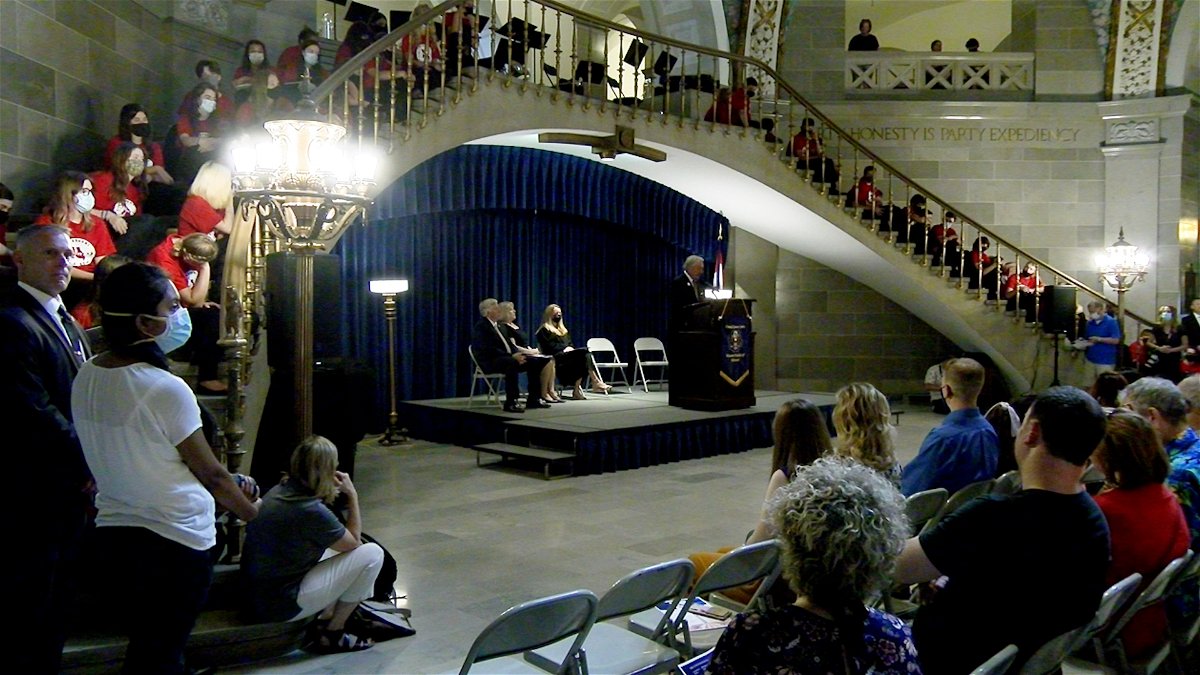 In the overcrowded, dimly lit Missouri Capitol, Cecil Brown sits with 32 other citizenship candidates waiting to hear his name. As the judge calls out his name, Brown stands up and loudly proclaims “Ghana”, his homeland.

After the ceremony, Brown accepts congratulations from those around him. He is now a full citizen of the United States.

Brown came to the United States in 2005 to study medicine at Brigham Young University-Idaho. He was motivated to come after meeting Americans.

“Part of my desire to go out to the United States is because of the missionaries who came to Ghana on medical missions,” Brown said.

Brown now lives in Columbia with his wife and three children working as a medical assistant. Brown said he decided to apply for full citizenship because he believed it would make it easier to apply for medical residency.

Brown said the process was a breeze, likely because he had the help of his wife, who is from Sierra Leon but was naturalized before they met. They will celebrate their nine years of existence next Wednesday.

After completing his residency, Brown said he hopes to travel and bring medicine to other countries, such as the missionaries he met in Ghana. For now, Brown is looking forward to celebrating his birthday on Wednesday. He said becoming a citizen was the best birthday present.

“A lot of the values ​​I hold dear are embodied in what it means to be American,” Brown said.