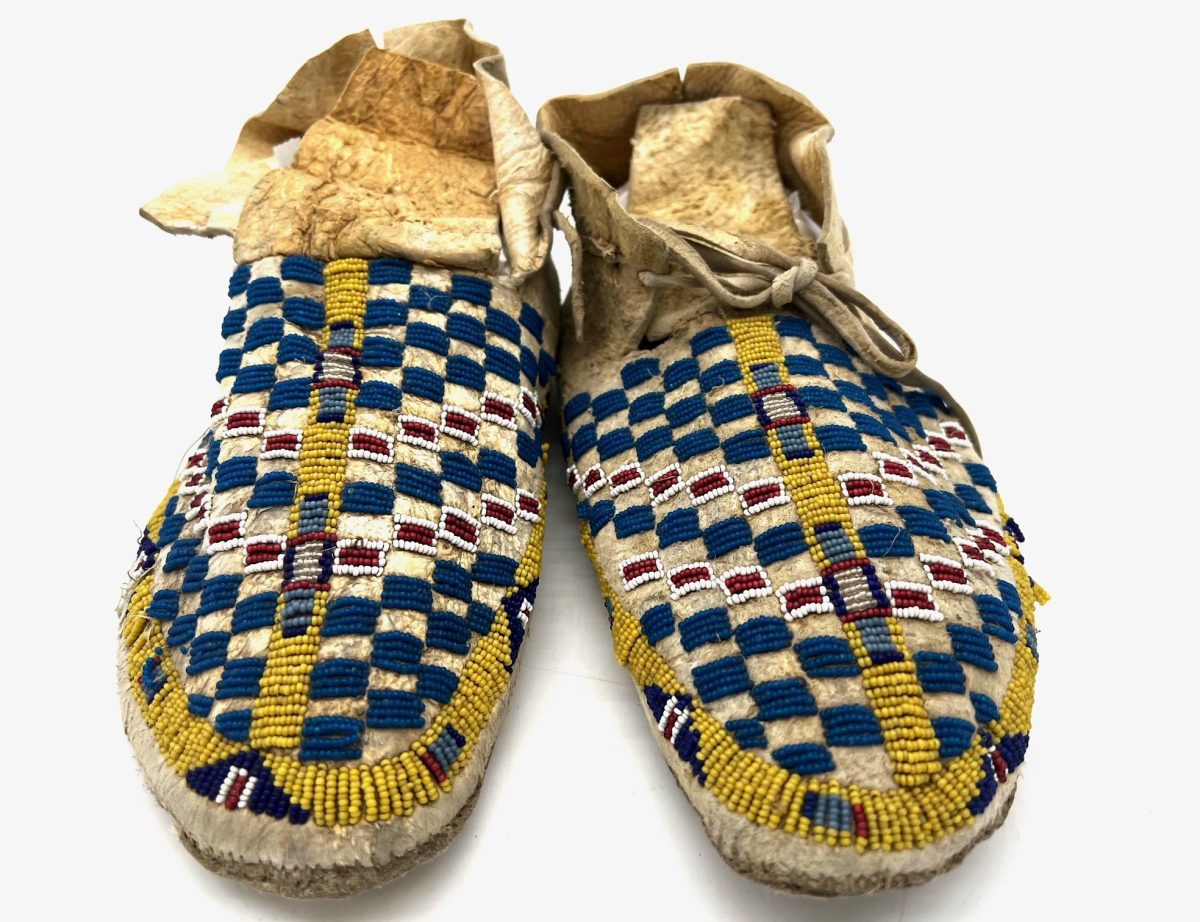 For too long, museums and universities across the United States have preserved the cultural heritage of Native tribes. Ceremonial headdresses, clothing, pipes and tools, and even human remains continue to resurface in archeology departments and special collections, reflecting decades of institutional neglect. So when the University of North Dakota (UND) revealed that faculty members had discovered hundreds of boxes containing sacred objects and fragmentary remains of tribal ancestors, the controversy ensued on how such surveillance might persist.

UND announcement on Wednesday, August 31, detailed plans to repatriate all remains and artifacts, which include ceremonial pipes and regalia, sacred headdresses with eagle feathers, textiles, moccasins, beads and quills, shards pottery and drums. Curators and teachers now work alongside tribal representatives to take inventory and plan for the return.

To press conferenceLaine Lyons, member of the Turtle Mountain Band of Chippewa Indians who works with the University’s Alumni Association and Foundation, spoke through tears of the generational trauma inflicted on Indigenous tribes. In an interview with Hyperallergic, Lyons claimed the sacred objects showed signs of long-standing damage.

“We were looking at these artifacts and noticed feather deterioration and color bleeding, and it appears that many artifacts in this condition were not preserved properly,” she said. “They may have been well displayed in some situations, but there was apparently no care plan in place.”

As news broke last week, the discovery of artifacts dates back to late November 2021. When ancestral remains were discovered in March 2022, internal discussions began between the university and tribal representatives from the Spirit Lake Tribe and Sisseton Wahpeton Oyate, among others. Early reports incorrectly claimed that 70 “bodies” had been recovered, but these are actually partial remains, including bone pieces and sacred grave goods looted from the graves.

For Lyons, this speaks to the exploitative relationship between colonial institutions and disenfranchised Indigenous communities.

“In my opinion, institutions shouldn’t have these kinds of artifacts unless they are given directly to them by tribes or tribal partnerships,” Lyons told Hyperallergic. “People have to understand that it’s not just about works of art; they are pieces of someone’s culture and therefore part of them too.

Many artifacts and remains date as far back as 900 CE, while others cover the post-contact period up to 1950. Some come from federally approved dig sites between the 1940s and 1980s; however, others are said to have come from illegally desecrated graves.

According to UND English professor Crystal Alberts, who was present at the discovery, faculty members first learned of the mistreatment of sacred objects in 1988, when an original student native noticed that a ceremonial pipe was inappropriately displayed in the UND library. Alberts, Lyons and UND’s curator of art collections, Sarah Heitkamp, ​​learned about it last November when developing a policy for receiving and handling cultural artifacts. While searching for the original pipe, they came across the remains.

“We couldn’t form a policy around the Indigenous archives until we had a full picture of what the UND had in their possession,” Alberts told Hyperallergic. “We started doing a campus-wide inventory and appealed to similar departments at other institutions. Sarah, her assistant, and I went into a workspace to collect information in boxes numbered according to the Smithsonian trinomials. In the very first one we opened, we saw a different ceremonial pipe and beads taken from a grave.

In the aftermath, UND administrators worked with tribal representatives to help with identification and discuss the way forward. Ultimately, they will decide how to proceed, as each nation has its own protocols, and some have already discussed reburial plans. Alberts says the faculty and tribal committee are in the early stages of repatriation talks, but the process may take years.

“There is still so much work to do, because the university never did the preparation that already needed to be done,” she added.

The UND was founded in Dakota Territory in 1883, six years before North Dakota became a state, and more than 116,000 Aboriginal remains are still stored in similar institutions across the United States. Whereas federal law requires universities to return all Indigenous remains in their possession, the UND has no such entries. In a statement, UND President Andrew Armacost issued an apology and pledged his commitment to a full repatriation.

“When the federal law known as the Native American Graves Protection and Repatriation Act (NAGPRA) was passed in 1990, the university had a responsibility to return ancestors and sacred objects to their tribal lands,” Armacost wrote. “Although this effort has inexplicably failed at the UND, we are fully committed to righting that wrong.”