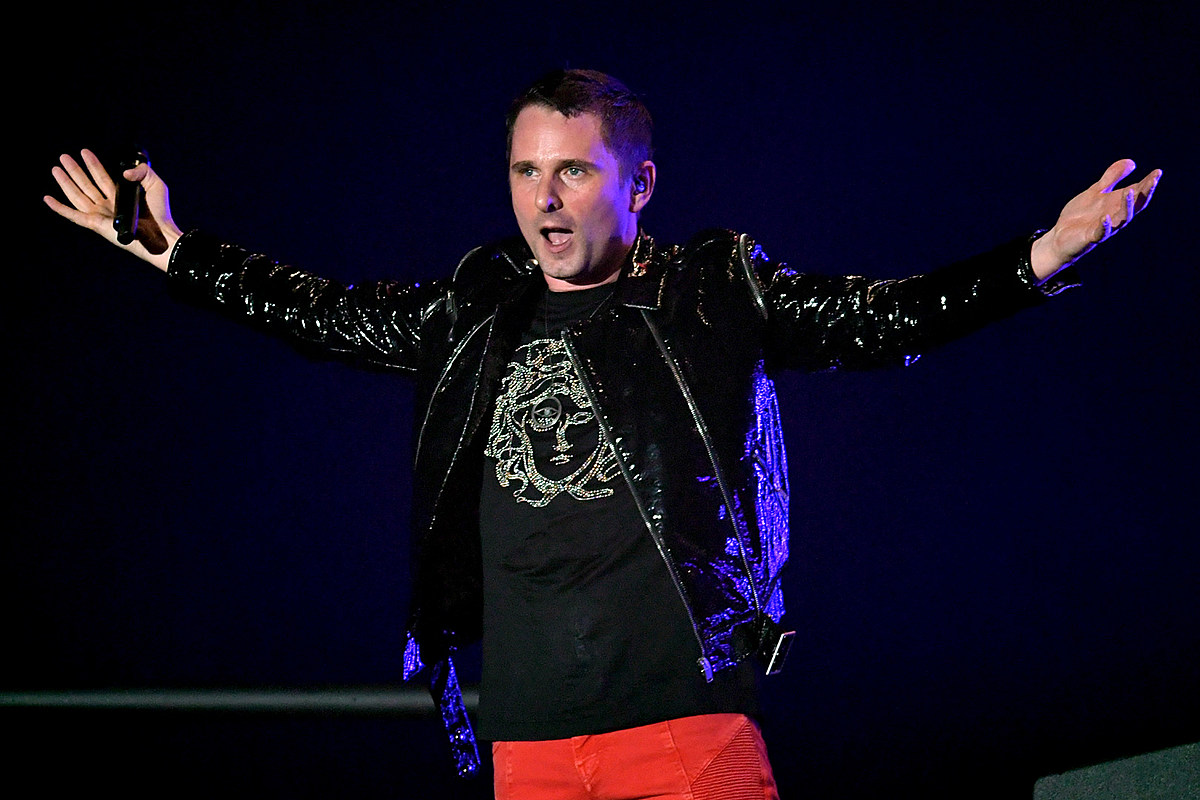 Is a new world upon us? Muse’s Matt Bellamy certainly has an idea that things are about to change in a very significant way. As some of these ideas permeate the band’s next album will of the peopleBellamy broke it down further in a feature with NME, offering the telling suggestion that the “end of a certain cycle of civilization” is happening, calling it a time of “great transition.”

He clarifies: “If you look through history, it’s just cycles that come and go. Some people call them “debt cycles”; it relates to credit and money and the operation of banking systems. Cycles can last a few hundred years or a few decades. Essentially, it’s coming to a critical point where there’s going to be a disruption. Everyone is doing everything they can to pretend it won’t happen or to try to maintain the status quo [but] the longer they hang on to it, the worse it will be when it happens. If we can just make the transition a little more gradual, it might happen a little less violently. But it’s going to be a big, big change. You talk about an economic collapse, a shift and a reinvention, a total energy transition. That’s really what this is about: a disruptive transition.

Central to this is also a political factor, with Bellamy revealing that this change has the ability to create a new political base, although it may not come without a hitch. “There is a window for a nice new kind of political model or socio-economic structure that could be really good. Good change is possible, but the problem is you have these bossy people who realize they can benefit from the disruption,” the singer explains.

He points out that the Trump presidency divides people rather than unifies, and notes that Putin also embraces the idea of ​​embracing chaos in division as a way to reclaim former Soviet states. But out of this upheaval he expects a revolution to take place, a revolution that may not even have been defined yet.

“I think everyone knows we want a revolution, but we certainly don’t want a bunch of right-wing authoritarian crazies. That’s the last thing we want,” the singer says. “And we don’t want a total communist situation on the far left either. I think what we want is something completely new. the moment, but I think there is a new kind of politics that could emerge. I would call it meta-centrism. It’s a swing between liberal, libertarian values ​​for individuals – your social life, the ability to be regardless of your gender, all that kind of stuff – but then more socialist on things like land ownership, nature and power distribution. It is an oscillation between the two poles.

He continues: “I think there is a way to do this, but there is no language that allows people to think this way. Either you’re on the far left or you’re on the far right… I’m not one of those; I feel like there is a third way. There is no existing side yet that describes what I am looking for… I am fundamentally anti-authoritarian – that’s just my nature; I was born like this. So if I see certain things, on either side, that [make you think]’Don’t start telling me to do this or live like this’, no matter where it comes from: I’ll probably resist it.

Some of these ideals are addressed in recent single ‘Compliance’, with Bellamy stating, “Both sides have drifted so far apart now that they’re both coming up with their own weird, ‘You can’t think this, you can’t say this, you can’t do that’ and after a while it gets exhausting for people.

Reflecting on where we are today in this cycle he plans to play, the singer says, “We live in a time where it’s really important to be able to support yourself through things like long power cuts, cyberattacks, food supply crisis, energy crisis. Those things are going to start playing out now. But at the same time, we don’t want to lose sight of the things that bind us together, the social ties that we have.

He concludes. “All these arguments on Twitter about who said what and how they said it – I’m sure 50 years from now people will look back at that moment in history and say, ‘What the hell were they talking about? couldn’t they see the bus that was about to hit them?

by Muse will of the people The album is slated for August 26. The album, largely inspired by events that unfolded from 2020 to the present day, is currently available for pre-order here and has already yielded the singles “Won’t Stand Down”, “Compliance” and the title Track.

The most anticipated rock + metal albums of 2022

Foals’ Yannis Philippakis: ‘We were broke, we were having fun, you could smoke 40 cigarettes and not cough the next day’

Featuring this week: ‘The Old Man’ and June 19 specials