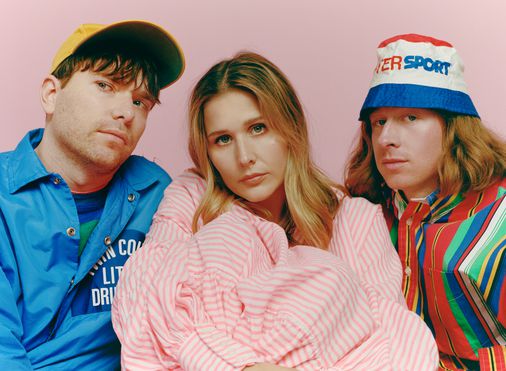 The next time Middle Kids take the stage, it’s unclear what they’ll do.

The Australian trio – consisting of singer Hannah Joy, bassist Tim Fitz and drummer Harry Day – released their second studio album, “Today We’re the Greatest” earlier this year. For their debut album (2018′s “Lost Friends”), Joy explained that the band was constantly on the go, writing whenever they could. As they were always on the move, it contributed to the album’s energetic and upbeat sound. For the dreamer and eclectic “Today we are the greatest”, Joy wanted to slow things down.

“So much music that makes sense to me is pretty expansive and thoughtful music that has more space and beauty. I wanted to bring that more into this album, but that meant I needed some space for it. find, ”Joy said in a video interview.

The Globe recently sat (virtually) with Joy ahead of the band’s performance at Sinclair in Cambridge on September 19 to discuss the album, the inspiration behind their music videos and their return to tour.

Q. How does your most recent album differ from the “Lost Friends” album, either in lyrics or in sound?

A. There are times on “Today we are the greatest” that feel a little more delicate and vulnerable. It was more vulnerable for me because while I love the energy, you can almost feel comfortable hiding behind the noise. Like: “Don’t look at me!” There was a higher level to express myself through these songs.

Q. I read that you were pregnant while recording this album, did that influence the process?

A. I felt more able to explore and dig deeper. Going over from a stupid, stupid person who is just trying to take care of themselves and then take care of someone else is so hard. How are you preparing for it? You can’t really. You end up being a lot more thoughtful in your own life. If I have to take care of someone, what is important to me? And there was also an urgency to finish it, because I was like, this baby is coming.

Q. What do you think of the tour and what escaped you?

A. We definitely miss the American tours as it has been almost two years since we have been there. There’s something about being in America, feeling like you’re part of this history of American rock and music, which we all grew up on and that’s why we do that. We have so much pent-up energy – it’s time to switch. Who knows what’s going to happen in the shows? I’m probably going to do the splits when my body can’t do the splits just because I’m like, “Yes!” “

Q. You included your son’s heartbeat in one of your songs. How did this decision come about?

A. It was funny because we were in the hospital for a doctor’s appointment, and [Fitz] always records things. It was just for that song, “Run With You”, because that’s what it’s really about, staying with someone no matter what. When I thought about parenting, one of those really important things is to stay with my son no matter where he goes, or when he chooses what to do. It’s a love so deep that we can give each other, and so having its existence in 20 weeks is cool.

Riana Buchman can be contacted at riana.buchman@globe.com.