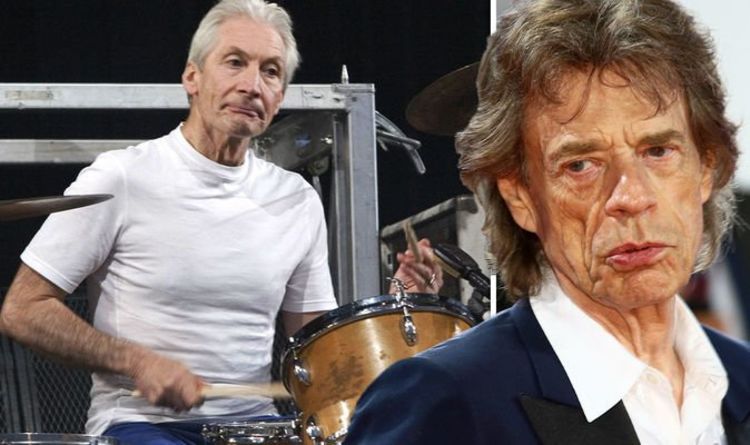 Rolling Stones frontman Mick Jagger wrote a poignant Instagram post welcoming his band member Charlie Watts back to the band days before his death today at the age of 80. friend back to the group after recovering from an operation he underwent earlier this month, which saw him withdraw from the group’s U.S. tour.

Considering his 2.1 million followers, Mick explained how excited he was to start playing with the drummer again.

He wrote: “We are really looking forward to welcoming Charlie as soon as he is fully recovered.

“Thanks to our friend Steve Jordan for stepping in, so we can still play all the shows for you this fall,” Mick added.

The rock band‘s guitarist, Keith Richards, also wrote a moving article, admitting that the news of Charlie’s withdrawal from the tour had been a “blow”.

He wrote: “It’s been a blow to all of us to say the least and we all wish Charlie would get well quickly and see him ASAP.

“Thanks to Steve Jordan for joining us in the meantime,” he concluded the post.

The news comes after the rockstar pulled out of the Rolling Stones’ No Filter tour due to health concerns.

Charlie underwent surgery and resigned from the tour on the advice of his doctors, revealing at the time that his recovery “would take a while”.

The first shot showed her standing in front of her godfather Charlie, while he played the drums in the background.

Georgia captioned the post: “Starting with my amazing godfather Charlie on the back, drag the coolest touring sisters in the world!” (sic)

But today drummer Bernard Doherty’s London publicist confirmed the sad news of his death in a statement to the PA News Agency.

“It is with great sadness that we announce the death of our beloved Charlie Watts,” the statement read.

Final Homestand: Hanging out with bangs, bashes, and bobbleheads!

Gary Lewis and the Playboys still do musical tours | New