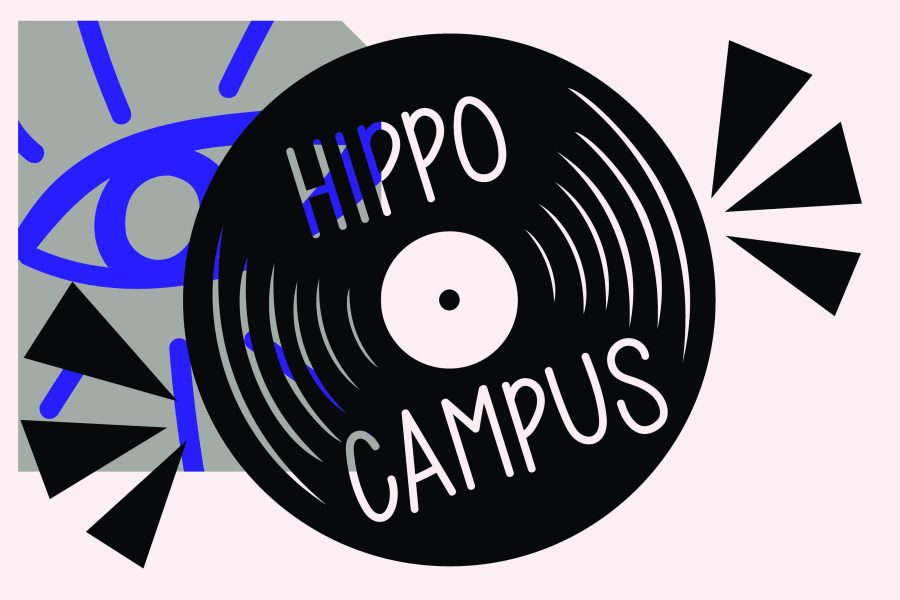 The St. Paul indie rock band continues to evolve with a cohesive and well-rounded third album.

Almost four years after the release of their second album, “Bambi”, Hippo Campus are back on stage with “LP3”.

Despite its deceptively bland title, the album establishes the band as a serious band that still has a lot to say in the world of indie rock.

Hippo Campus started as a quintet of high school students from St. Paul in 2013. Since then, they have made an impressive name for themselves with a solid discography and multiple world tours. In April, after two months of touring for “LP3,” they will return to the Twin Cities to complete the North American leg of the tour, where they began nearly a decade ago.

“LP3” explores themes of self-discovery, loneliness, and star signs while delivering the upbeat sound expected of a Hippo Campus album. With a satisfying amount of songs, there’s plenty of time to experiment with synths and new instruments while staying true to their roots of groovy melodies and emotionally charged lyrics.

From the beginning, the album goes deep with “2 Young 2 Die”. Existential fear has spread like wildfire in recent years; there couldn’t be a better time for a song that ruminates on such a topic. As one of the loudest songs on the album, the first track mixes dark lyrics with layers of electronic sound, reproducing the feeling of entering adulthood and not knowing where to go next.

The next track, “Blew Its”, is ambiguous and less lyrical than its predecessor, but it still manages to move the LP forward. Following “Blew Its” is “Ashtray”, a song that puts rock in indie rock. Its fast tempo and building bridge are electrifying, making “Ashtray” a contender for the album’s most anticipated song to hear live.

“Bang Bang” is a smooth, groovy track that marks a transition from more experimental songs to the classic yet beloved indie rock sound. Synthetic elements are reduced and replaced by a catchy drum beat and a catchy chorus. “Semi Pro” continues with this pattern, and the simple yet sophisticated melody allows listeners to pay more attention to the sharp lyrics and sports metaphors present throughout the song. While comparing the ball game to troubled careers, “Semi Pro” painfully shines a light on the phenomenon of abandoned dreams.

The best song to sing on the album is “Ride or Die”. With a repetitive chorus making up most of the song, it’s easy to learn and likely to get stuck in your head. Fan comments below an accompanying music video note this song’s reminiscence of the Vampire Weekend sound: unsurprising, given that both bands closely follow the feel-good indie rock formula. Although this track doesn’t take much of a risk, it is definitely catchy, perhaps more so than many other songs on the album.

“Scorpio” sings of the sadly closed star sign, expressing jealousy of the ability to laugh and minimize difficult emotions. Between the vocal harmonies, a trumpet and piano are played, further blurring the lines between genres and incorporating new elements into the band’s original sound. However, “Scorpio” is surpassed by the mid-tempo track that follows: “Listerine”. This song can be described as total vibe, the kind of song you listen to while driving with the windows down and the stereo on. His shrill voices scream summer nights and nostalgia.

As the album draws to a close, “Boys” proves you can never go wrong with a classic. This exhilarating track is based on four chords and was released in October 2021, with the announcement of “LP3”. The song generated a lot of excitement among fans who were looking forward to having a full album and accompanying tour after a tough few years without much action in the music scene.

Finally, “Understand” showcases Hippo Campus’ songwriting skills with a moving love letter. The clear voices exclaim, “I don’t care what we are, it just has to work.” Desperation seeps through the track, and the opening lyric provides a bittersweet but fitting ending to this collection of songs.

While it doesn’t stray too far from the traditional indie rock sound, “LP3” is a full-length album that marks the start of an exciting new era for the band from Minnesota.