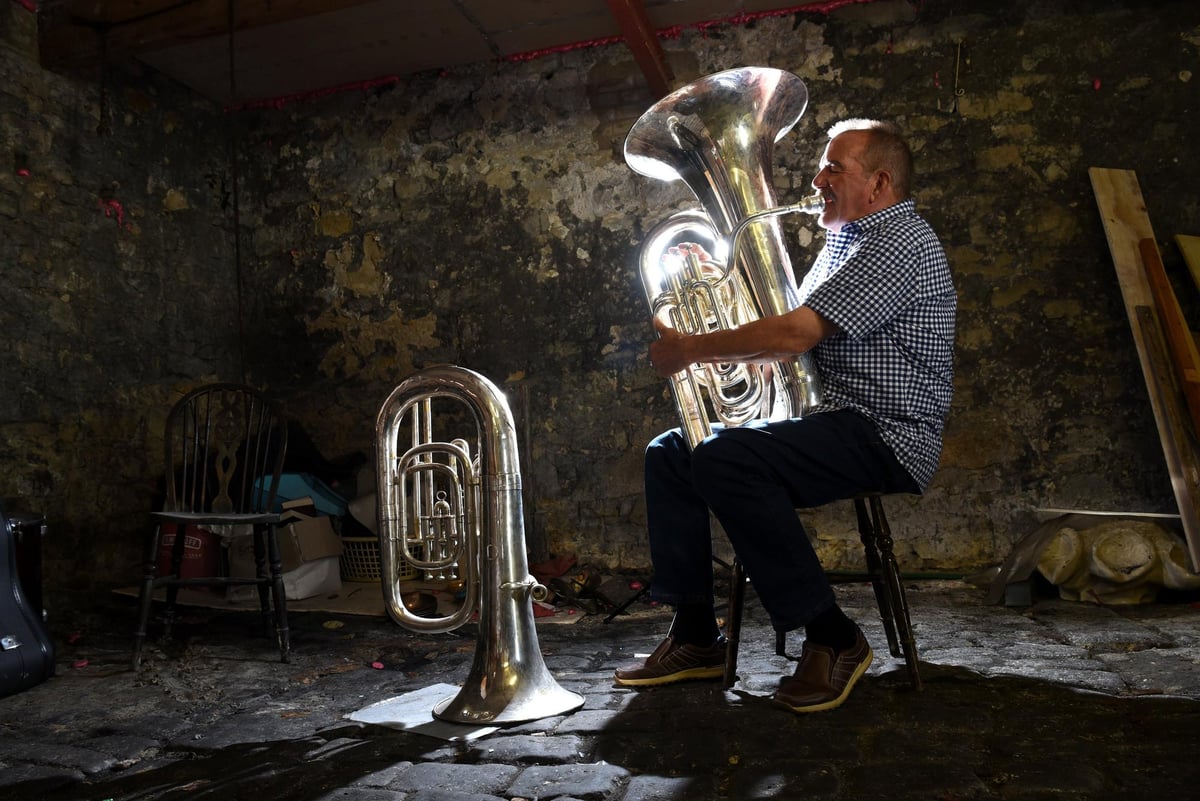 Longridge Youth Band is looking for people ages 5-17 to bring to life these two rare lightweight Eb tubas/basses that are among the few of their kind designed for children.

The Longridge Band committee chairman is also calling on many young people to learn to play their spare horns and trumpets on Fridays from 6.30pm in a barn behind the Durham Ox pub in Berry Lane. The barn is also a part of history, having been used by the group for over 100 years.

Brian Law of Catforth, who is a B-flat bassist for the senior section, hopes to bring in a new generation of music lovers to help preserve the declining tradition of brass music as a cornerstone of community celebration. Brian also hopes that new recruits, who will receive tuition, will later progress to the senior division, which competes in the championship.

Register to our daily newsletter

Photo Neil Cross; Longridge Youth Band needs players for many instruments, including rare tubas designed to be held by children.

Commenting on the future of the band as the rare instruments remain intact, the 69-year-old retiree said: “Despite our best efforts, we cannot recruit anyone to play them. We don’t have anyone in the learner section at the moment. It’s such a waste because they are beautiful instruments.

“You don’t see them in youth groups very often, so it’s definitely a once-in-a-lifetime opportunity. [Adult] basses are absolutely heavy, while junior snorkels are much smaller, very light and manageable for youngsters. That’s what makes them special. They are not very often found in good condition.

Speaking of the importance of the instrument, he added: “Bassists tend to not be in the limelight. We sit in the back and provide electricity. all the sound [of the band] is built on the bass.

“We call it the engine room. Without it, we wouldn’t get very far.

This power has led the senior section on the same roads as professional musicians.

“The Championship is like the Premier League in football. We will play alongside professionals like the [multi award-winning] Brighouse and Rastrick Brass Band. We are doing very well and people are traveling from Manchester to play with us, but the junior group just needs a boost with a few more players.

Brian is passionate about securing the future of the group, not only for the enjoyment of the players themselves, but also because of the support he gives to the community.

“The group takes care of all the functions of the city. We’ve played at Longridge Field Day and the Goosnargh and Whittingham Fair, and our shows at Civic Hall regularly draw an audience of 200-250 people.

Building on that success, its junior counterpart was born around six years ago and currently boasts around 20 members playing chart-topping classics like Tom Jones’ Delilah and Madness’ Baggy Trousers. Led by music director Johnathan Ford, they perform at marches, Longridge Field Day, and their own biannual concerts at Civic Hall.

Brian and his fellow musicians are determined to maintain this “strong Lancashire tradition”, which took a hit when the mines closed as each had its own marching band.

He added: “Everyone loves the sound of a marching band, especially at Christmas, so it would be nice to continue.”