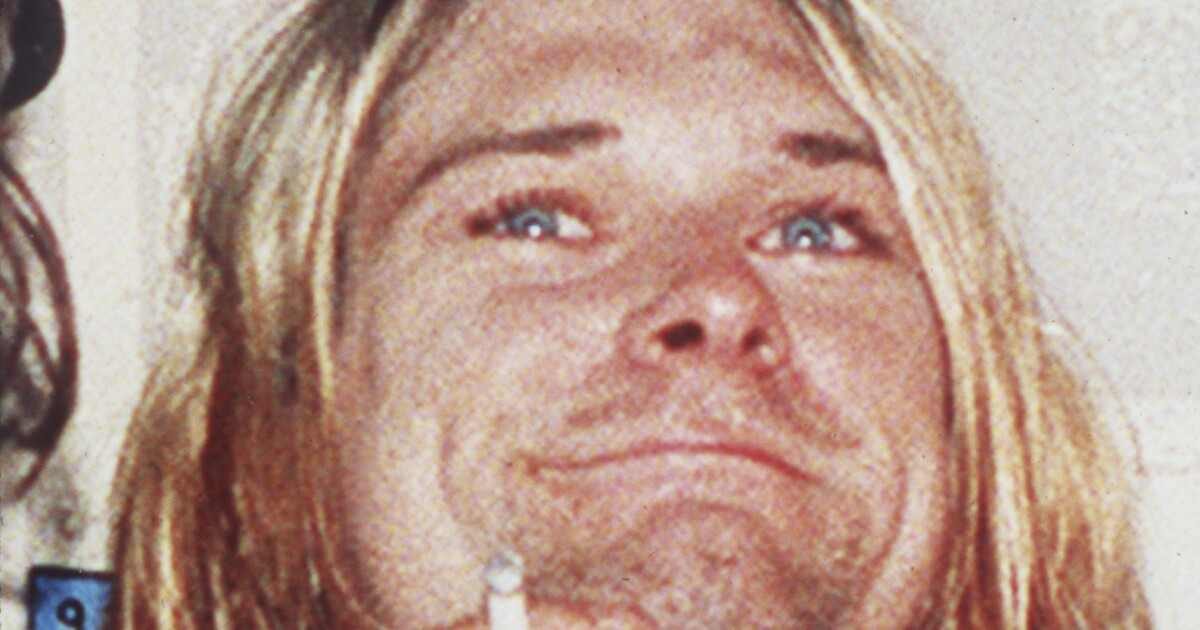 The owner of what one website calls the “greatest guitar collection on Earth” just shelled out millions to buy the guitar of Kurt Cobain, a late artist who hated all things capitalism.

Indianapolis Colts owner and general manager Jim Irsay went the extra mile to buy the 1969 Fender Mustang used by the Nirvana singer in the 1991 video for “Smells Like Teen Spirit.” The left-handed guitar sold at Julien’s auction on Sunday for around $4.5 million, well above the original estimate of $600,000.

Cobain, who killed himself in 1994, can be seen strumming the electric blue Fender in the video, locking the feet of raging fans in a smoky gym. In his last interview with Guitar World, Cobain named the guitar one of the best he’s ever played.

“I’m left-handed and it’s not very easy to find high-quality left-handed guitars at a reasonable price,” he said. “But of all the guitars in the world, the Fender Mustang is my favorite. I only owned two.

The guitar was also used in the recording sessions for the band’s acclaimed albums “Nevermind” and “In Utero”. A portion of the proceeds from the sale will benefit Kicking the Stigma, Irsay and the Colts’ initiative to eliminate the stigma surrounding mental health disorders.

“Kurt Cobain was as great an artistic and cultural force as any artist in the last 30 years, and this auction celebrates his and Nirvana’s indelible contributions to rock music and popular culture,” said Irsay in a statement. “We are humbled and grateful that a portion of the proceeds from this auction will benefit Kicking The Stigma and our efforts to bring the issue of mental health out of the dark and into the light.”

Irsay made a habit of spending big on famous guitars. According to Guitar.com, he bought a black Stratocaster from Pink Floyd’s David Gilmour for $3.9 million, Jerry Garcia’s Tiger (of the Grateful Dead) for almost a million dollars, and Bob Dylan’s Strat for $965,000, among others.

The 62-year-old Colts owner also plans to open a museum to showcase his collection, although a location has yet to be announced.

“History is so important,” Irsay told Guitar.com. “A lot of who we are as a world, as humanity, is connected to music. It’s been that way since cavemen were around the fire and doodling on the walls, pounding things – there was always that sense of self-expression. And a deeper feeling than just having words or sign language, or hunting and gathering systems. For me, it’s really important that the museum is alive. How do you experience it when you enter? I want it to be interactive.

Released in 1991, “Smells Like Teen Spirit” is widely considered one of the greatest songs in music history. The Rock & Roll Hall of Fame added the song to its “Songs That Shaped Rock and Roll” exhibit, while Rolling Stone ranked it fifth on the publication’s list of the “100 Greatest Singles of All Music”. weather”.