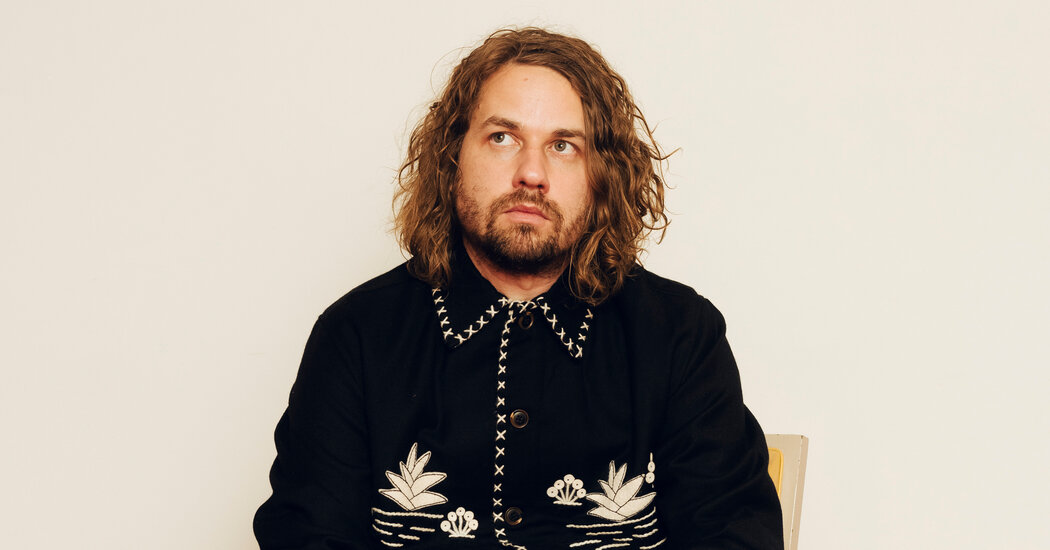 MEMPHIS — Kevin Morby leapt into the lobby of the Peabody Hotel on a Tuesday night in late April in a long red coat and twirled around twice, stretching his arms toward the travertine columns of the century-old Southern institution. The songwriter, best known for his solemn, often death-obsessed folk rock, beamed.

An hour earlier and just blocks away, he had watched the Memphis Grizzlies overcome a 13-point deficit to claim a decisive NBA playoff game. The spoils of victory poured into the hotel’s lavish lobby – toasts, high-fives, the occasional shout. A player piano launched a Scott Joplin rag, his pep marking the electric stage perfectly. “This thing was so weird when I was writing here,” Morby said, pointing as he passed, his smile fading briefly. “I was so alone.”

Just 18 months earlier, in October 2020, Morby escaped the impending pandemic winter in his hometown of Kansas City by booking a three-week stay in Memphis. Since visiting the Peabody two years earlier with his girlfriend, Katie Crutchfield, the singer who plays Waxahatchee, the town’s complicated history had become a muse.

The sprawling hotel was so empty that staff upgraded Morby to room 409, a suite, where he focused on new songs with an intensity and patience that had always eluded him. He also became a regular at some of the city’s morbid landmarks – the Lorraine Motel, where Martin Luther King Jr. was assassinated; the spot on the Mississippi River where Jeff Buckley drowned; the haunted stretch of Highway 61 that leads to the delta.

“When the lockdown was happening, I wanted to go to the darkest place possible,” he said. Memphis was nearly wiped out by a pandemic over a century ago.

During that stint, Morby wrote most of “This Is a Photograph,” his seventh solo album, due Friday. It’s a confident 45-minute sashay through vulnerable devotions and existential musings, melodious folk and handclapping soul. Using Memphis as a lens to understand the fragility of bodies and the dreams they harbor, the album relies as much on survival as on death.

“There was no rush for Kevin to make an album, and it’s a great place to be as a songwriter,” Crutchfield said wryly over the phone. “He always works so fast, but a year without anything has allowed him to connect. The word here is density.”

When Morby was just 17, his third (and last, until this year) therapist asked him why he was there. “I told him I was so scared to die,” Morby, now 34, recalled in an interview a few weeks before the basketball game. “There was this life-affirming moment where he was like, ‘Kevin, what’s wrong with dying?’ I guess nothing!”

As his parents moved to different cities for work, Morby had gone from a sports-loving child to a particularly anxious preteen. In Oklahoma City, he was terrified to learn that friends had lost their parents in the bombing; later, in Kansas City, bullets on a playground convinced him that his school was the next Columbine.

“He could be sitting on the couch and he would have these panic attacks,” his father, Jim, recalled. “He felt it coming, but it would happen anyway.”

There were hospitals, therapists and an alternative school founded by a “Vietnam veteran and total hippie,” Morby said. Finally, after a particularly awful time, his parents offered their son a compromise – he could drop out, provided he finished his GED and tried a nearby college. “I felt like such a poor parent,” said her mother, Sandy, “but I watered down thinking of the relief on her face.”

When Morby turned 18, he boarded an eastbound train with one goal: to join a band in New York. He started writing songs in seventh grade, notebooks lined with lyrics dotting the house. A Bob Dylan anthology led to the indie rock of the Mountain Goats and the Microphones, which placed less emphasis on production and more on emotion. “Are you telling me I can just grab a tape recorder and sing?” he said. “It was like an acceptance.” Morby joined the ascendant psych-folk group Woods and toured nonstop, then co-founded the scruffy pop-rock group the Babies. But the double duty, plus the food delivery and babysitting jobs, was wearing her down. He bailed out both groups to try his luck alone. “There’s always something to lose,” he said, “but I thought maybe there was more to gain.”

Morby has been writing and recording at a breakneck pace, releasing an album or EP every year since 2013 but one, even moving from New York to Los Angeles and back to Kansas City. He recorded hastily, accepting mistakes and jerky lines while striving for productivity rather than perfection. “If I wasn’t working,” he admitted, “I felt crazy.”

This busy schedule stemmed in part from his fear that everything would disappear. Shortly after arriving in New York, Morby befriended Jamie Ewing, the dynamo frontman of punk band Bent Outta Shape – “that magical, hilarious guy, always ahead of the curve”. Morby loved Ewing and the artistic possibilities he represented. Ewing died in 2008 of a heroin overdose, which revived Morby’s driving.

“I had this scarcity mentality,” Morby said, also referencing Jay Reatard, the Memphis garage-rocker who suggested writing his best songs was really a race against death shortly before his death. “I had to collect what I could while I could.”

A medical scare in January 2020, however, caused a change. Before a family dinner, Morby’s father accidentally doubled his dose of heart medication and passed out at the table. He recovered, but Morby had worried that his father had died.

That night, while looking at old photos with his mother, he was struck by an image of his father – then 32, the same age Morby was about to turn – posing shirtless in the sunshine from Texas. He contemplated his family’s sudden fragility and began writing “This Is a Photograph,” a galloping piece about the inevitability of death and the gratitude the fait accompli should inspire. “That’s what I’ll miss being alive,” Morby yells, stepping inside his father’s old frame. What had his father lost? What would he lose?

Morby brought these questions to Memphis. As he drove his blue Ford pickup truck down Highway 61 to the infamous crossroads or across the Mississippi to sit on Elvis’ childhood porch, he wondered how big dreams come true. collapsed there. He was particularly obsessed with Buckley, who had applied for a job as a butterfly keeper at the Memphis Zoo while he waited for his group to arrive in 1997. Passers-by soon spotted his body floating at the foot of Beale Street.

Morby visited the small bungalow where Buckley lived and even recorded the sound of the current as he waded through the water. “You are Jeff Buckley – you’ve done versions of the dream, but there’s still something you’re trying to accomplish,” Morby said. “I tell.”

Two odes to Buckley shape the centerpiece of “This Is a Photograph”. Adorned with gospel harmonies, “Disappearing” offers a warning for the kind of tortured artists who might try to plunge into Mississippi. (“I really want to swim in it,” he confessed from his shores, adding that he knew it was a bad idea.) “A Coat of Butterflies” unfolds slowly like an empathetic eulogy for a musician who has spent his life defining himself in the light. of his father’s fame. Morby realized he had finally nailed the track when he left Memphis after the album’s third and final session, which he repeatedly called “the best four days of my life”. He had faced his fear of death and walked away.

The morning before the triumphant basketball game, Morby went for a run along a concrete path that runs alongside the Mississippi, a hobby he started shortly after he turned 30. The trail threw it under towering overpasses and a small clearing that led down to the river, where Buckley is thought to have entered. As he turned, two butterflies fluttered beside him for several seconds. It was a sign, he thought, that he was heading in the right direction.

“It’s as if you were a photographer. You know what you want to shoot, but I knew I couldn’t take a picture that I could develop until I got here,” he said, his voice rising above the din of the Peabody. “The dead can help shape the living. I want to be open to that kind of magic.

​Girl groups made British pop great – so where did all the good ones go?​ | pop and rock