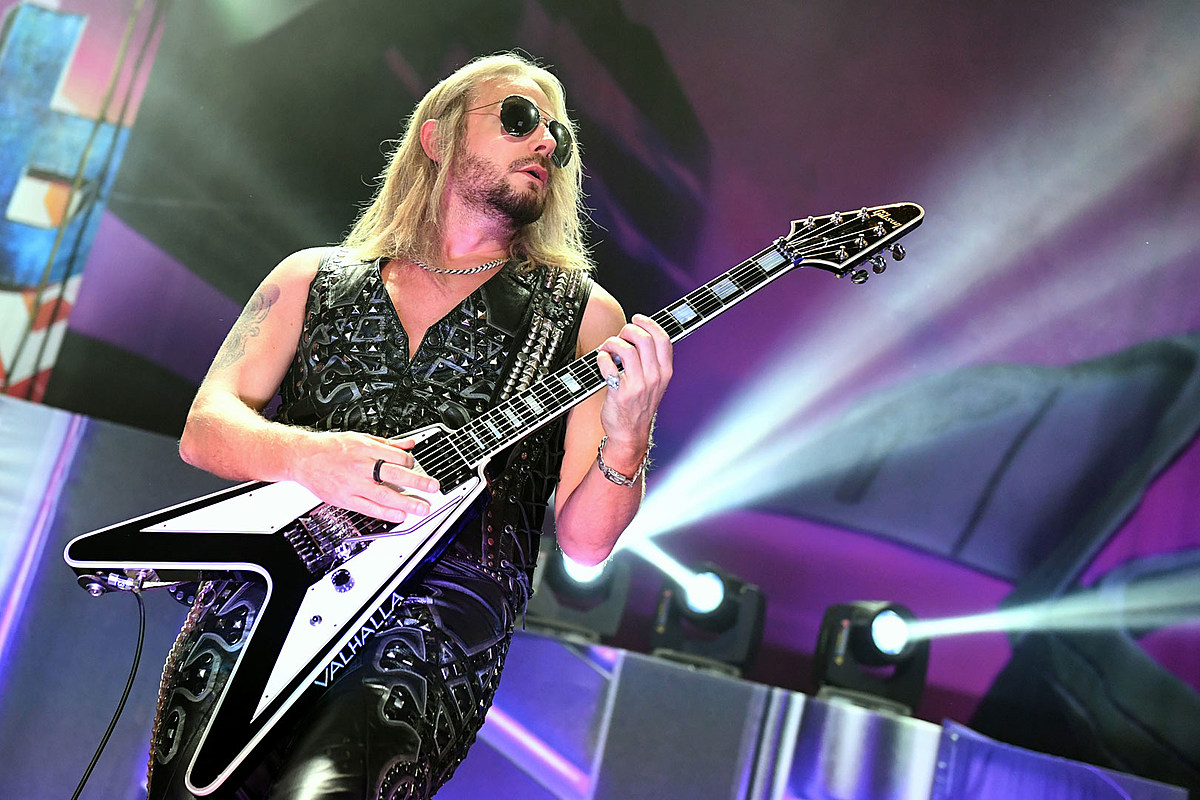 Richie Faulkner of Judas Priest provided an update with fans after recently undergoing emergency heart surgery following the band’s performance at the Louder Than Life festival.

In the new post, Faulkner reveals a few more details about what happened, explaining that he first began to experience “confusion and angst” while playing “Painkiller” during the band’s set. It was later determined that Faulkner had an aortic aneurysm and a complete aortic dissection.

The guitarist underwent a ten-and-a-half-hour surgery, and Faulkner remarked, “Five parts of my chest have been replaced by mechanical components … I’m literally metal now.”

Faulkner is also grateful for the support and overwhelming messages he has received since the operation. His full statement can be read below:

The maniacs…
I have always been grateful for the opportunities presented to me. I have always considered myself to be the luckiest man ever – to be able to play my favorite music – with my favorite band – to my favorite people around the world…
Today, just being able to type this for all of you is everyone’s greatest gift …
Looking at footage from the Louder Than Life Festival in Kentucky, I can see on my face the confusion and anguish I felt while playing “Painkiller” as my aorta ruptured and started to spill blood through it. my chest cavity….
I had what my doctor called an aortic aneurysm and a complete aortic dissection.
From what my surgeon told me, people with the disease usually do not make it to the hospital alive… ..
I was taken to the nearby Rudd Heart & Lung Center and quickly underwent what turned out to be a 10½ hour emergency open heart operation.
Five parts of my chest have been replaced by mechanical components… ..I’m literally made of metal now….
It could have ended so differently – we only had an hour of set that night because of Metallica’s performance after us – and it crosses my mind if it was a full set, would have -I played until the total collapse …? If this hadn’t happened in such a high adrenaline situation, could my body have gone on long enough to reach the hospital…?
The incredible Heart & Lung Center was 4 miles from the concert site – had it been further …… ..
We can still drive ourselves crazy with these things, but I’m still alive, luckily. Whatever the circumstances, looking at these pictures the truth is, knowing what I know now, I see a man dying… ..
I was moved to tears and humbled by my friends, family, fantastic band, team and management, as well as you guys who sent me videos and messages of love and support during the course. from last week – thank you all very much and although I have a salvage route ahead of me, as soon as I can get back on my way you will be the first to know and we will be back there to deliver the goods for you all….!
One last thing for maniacs, it came out of the blue for me – no history of bad heart, no clogged arteries etc … my point is that I don’t even have high cholesterol and it would. may have been the end for me. If you can get checked out – please do it for me ……
Lots of love and see you soon on the front of the stage….
Richie

Loudwire sends his best wishes to Faulkner for a speedy and healthy recovery.