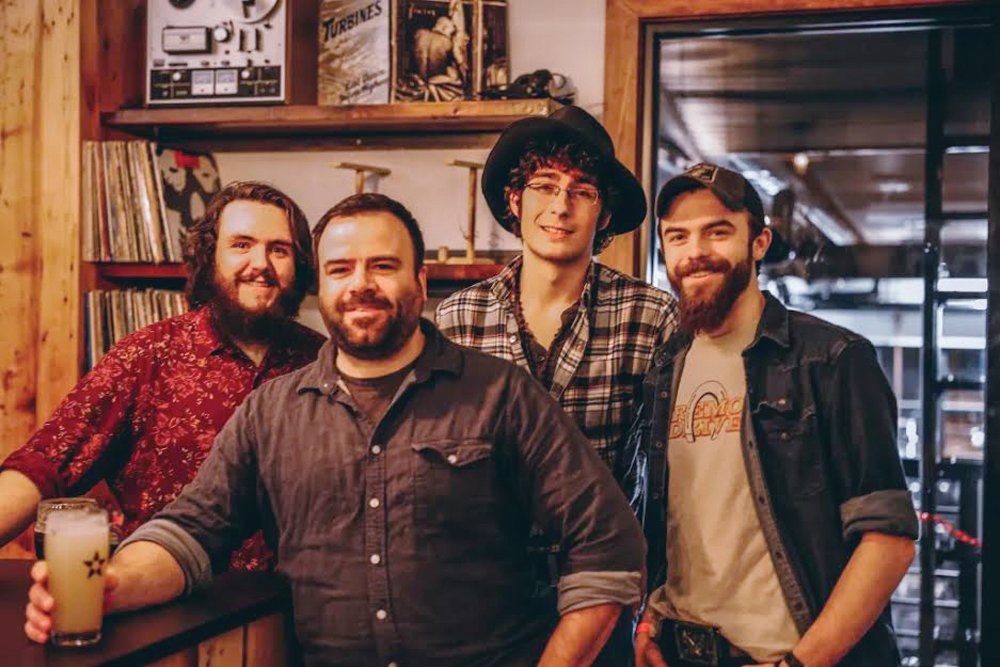 Nearly two months ago, Providence-based singer-songwriter and Cranston resident Jake Hunsinger released his feature debut, Wrapped Around The Axle, with The Rock Bottom Band from a unique way. It all started with “Bottoms Up At Dusk,” a mini-festival that took place on August 14 at the advertised Dusk Concert Hall located at 301 Harris Avenue in Providence to ring in the physical release of the album. Then they released the album’s first single, “Lorelai”, digitally a few days later on August 18. Hunsinger and the gang then followed this up by releasing Wrapped Around The Axle on various digital platforms on September 23 through the local label. HoboCastle Records, marking its official release. Even though they went with an unconventional plan to release it, the music on the disc is abundant in quality and substance.

What will always set this country-rock band apart from others on the local music scene is the way Hunsinger relays their vocals. He sings in a way reminiscent of classic country artists such as Johnny Cash, Waylon Jennings, Merle Haggard and Hank Williams. Instrumentation by lead guitarist Andrew Donnelly, drummer Zack Wedge and bassist Jaime Doyle completes this feature with twangy guitars, steady beats and catchy harmonies. It gives a modern twist to the country style that doesn’t lean towards pop, which is refreshing. The sound, courtesy of Grammy-nominated producer and engineer George Dussault via Galilee Productions in Cumberland, is also excellent.

The first single is actually inspired by Hunsinger watching the TV series Gilmore Girls with his mother, believe it or not. He has a very harmonious structure with his acoustic guitar leading the musical arrangements. “Black Eyeshadow Stomp” has Wedge showcasing unique drumming with lyrics that stick to the senses, especially during the chorus. Another track that has an emphatic vibe is “The Mess Around” with the song title describing the chaotic nature of the subject matter. Other highlights from the album include “Wild Horses of Wyoming”, “The Day My Life Began”, and “Moving Without Me”.

Besides being a stellar release, Wrapped Around The Axle also shows substantial growth for Hunsinger and his backing band. As musicians they have become more cohesive and the depth of songwriting is very apparent. That’s why this album is awesome and it’s one of the best records released from Rhode Island so far this year. To listen to it, search for the band’s name on your favorite streaming platform. To grab a physical copy, keep track of the next time Jake Hunsinger and The Rock Bottom Band perform live via their website at therockbottomband.com.