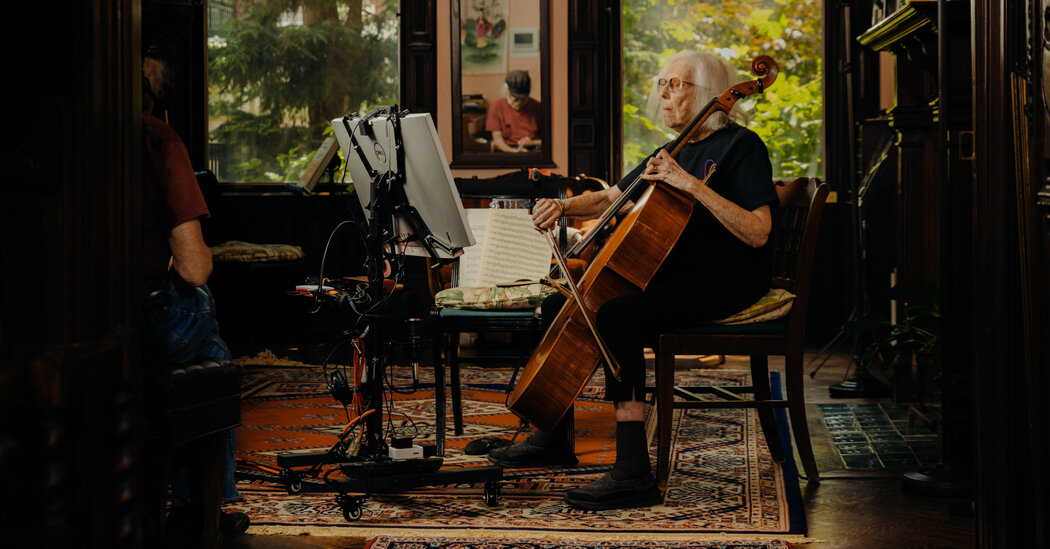 It’s never too late to play the cello

“It’s Never Too Late” is a new series that tells the story of people who decide to pursue their dreams on their own terms.

In 1940, at the age of 12, Vera Jiji discovered her first passion: the cello. She learned to love playing the orchestral instrument at the High School of Music & Art in Manhattan. “I didn’t choose the cello. They awarded it to me because I had a good ear and long fingers, ”said the now 93-year-old Bronx native. ” I loved it. It is a beautiful instrument that can sound like a human voice. It looked like a woman’s body, with hips, breasts and a waist. Holding it and playing it was a very intimate experience.

In adulthood, however, she stopped playing the instrument. She became a teacher and staple at Brooklyn College, giving English lessons. She married twice and had four children. Her beloved cello, her mother’s graduation gift, was hidden deep in her clothes closet. It has remained intact, almost forgotten, for about 40 years. She resumed her cello only after retiring at 62.

“I rekindled the passion that I always felt when I started playing again,” she said.. Since then, it’s like a second life.

Today, Dr Jiji, who lives with her 93-year-old husband in an Upper East Side townhouse, performs most Fridays with other amateurs and friends in two musical groups, a trio and a quartet. strings, at 92nd Street Y She is also part of the Y’s annual musical performance. In 2007, she herself published her first book, “Cello Playing for Music Lovers”, which is sold on Amazon in more than 20 countries. (The following interview has been edited and condensed.)

What made you come back to music after all these years?

Brooklyn College gave me companions and socialization with other teachers and students. I felt socially important. When I retired, I lost that. I felt empty and needed to replace this loss and this community. I wanted to meet people from the neighborhood.

How did you feel about retiring?

I thought my life was over; This was not the case. I had to find another route. I thought about the road I took when I was younger, and the one I didn’t take because I was a wife and mother of four and had a career. I thought about the road I hadn’t taken – a road filled with music – and realized I had to take this road now. I couldn’t take both at the same time. The one I took became my life. I went back to the fork and took the other road to see where it would take me.

How did you know where to start?

I’m half a block from 92nd Street Y. I walked in and asked about the courses; they had a creative music class for people over 60 and told me to introduce myself. I thought I should take a test, but I didn’t. I was at the piano, sitting next to an instructor who said, “Let’s see how you play,” when someone walked in with a cello. I could not believe it. I asked if I could play it and fell in love with the instrument instantly.

What was it doing?

Like coming home. It all came back, and it was wonderful. I felt like I reconnected with a best friend. I needed the opportunity to play music and have these other musicians in my life. It was a return to a prized passion.

What have you gained by returning to this passion?

Music is a perfect language; it’s like a conversation between people who never get it wrong and never get bored. When you play music with people, it’s kind of a friendship. Music is a world of fun. It gave me a way to communicate without using words. It gave me a new step in life.

What prompted you to write your book “Cello Playing for Music Lovers”?

I looked for other books to turn to and found nothing useful. So I decided to write one. As an English teacher, I knew how to do this. I’m good at articulating ideas, being able to present things in a way people can follow, and I’m disciplined enough to sit down everyday and write. I used to stop when I knew what I wanted to say in the future. I never stopped when I was lost. This way I could continue the next day knowing that I had direction and that I would not be overwhelmed. And I wanted to help others.

What do you think of this stage in your life?

What’s your best advice for people looking to change?

Don’t be afraid to go back to something you liked. People say no to things too quickly. We are not always our best friends. Your passion or your skills are still there. You will remember more than you think. All the information about the music that I thought I had lost was in a part of my brain that didn’t speak to me until I took it again.

What did you learn during this new act in your life?

Even as I got older, I learned that I could always return to this wonderful world of musical creation. And the community that I lost, I found it. Music gave me a new group of people. It gave me support. It gave me a new home.

In this second act, what are you most proud to accomplish?

Writing and publication of “Cello Playing for Music Lovers”. I lived, I died; what have I given to the world? This book, which will survive me. When I’m gone, it will still be there, helping people learn the cello.

What can people learn from your experience?

Don’t tell yourself no.

We’re looking for people who decide it’s never too late to change course, change their life, and pursue their dreams. Should we talk to you or someone you know? Share your story here.