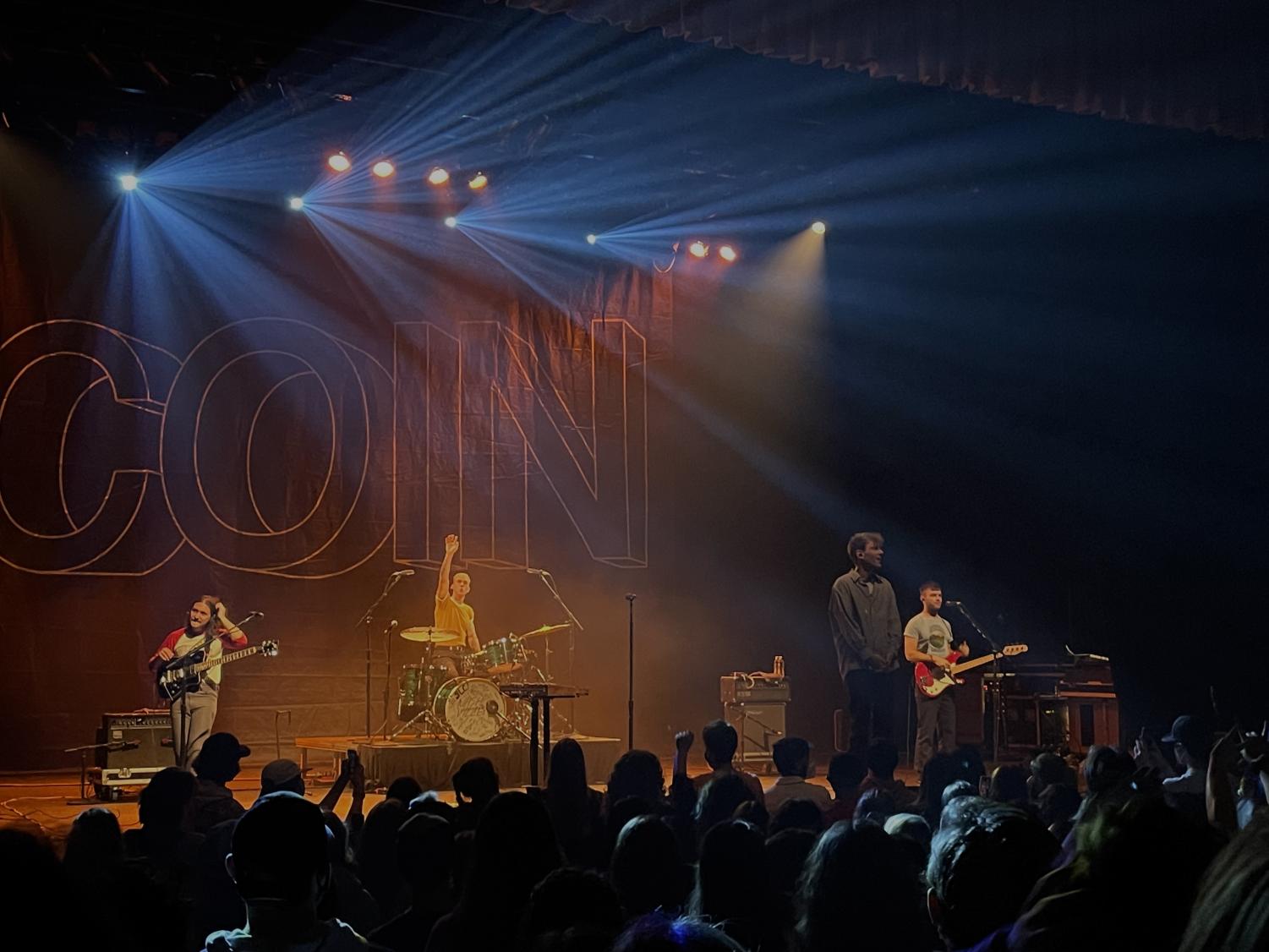 Indie band ‘let it all out’ to nearly 1,500 attendees – The Appalachian

Indie band COIN performs at the Schaefer Center for the Performing Arts on Thursday, February 10, 2022.

The Appalachian Popular Programming Society hosted alternative pop band COIN at the Schaefer Center for the Performing Arts Thursday night. The group drew a large crowd of nearly 1,500 people to campus, according to Maura McKenzie, director of public services, arts and culture programs at the Schaefer Center.

Students began lining up outside the venue, waiting to enter the sold-out show around 4 p.m. Students jumped in place, waiting to see the band perform.

Audience members danced in the aisles to the filler music and began to wave as they waited for COIN to take the stage after the opening band finished their set.

Local band Galloway opened for COIN with a cover of Tears for Fears’ “Everybody Wants to Rule the World” and other songs from their setlist. As the band played through their six-song set, the audience fueled their performance with applause and cheers.

“When the bassist closes his eyes and starts making weird facial expressions, you know you’re in for a treat,” McCready said.

McCready’s favorite song was “Run Me Down” by Galloway. He said all the performers were “phenomenal” and the best part was the change in timing in the middle. McCready said he was worried about COIN because the opening performance was so good.

However, when the headliner banner fell from the rafters of the stage, the crowd erupted in applause, and when COIN took the stage, the energy level reached a new high as the band members were jumping and dancing around the stage.

Freshman Clarice Atkins said she thought the concert was “amazing”.

Along with COIN playing his favorite song “U,” Atkins said the lights were spectacular.

Between songs, singer Chase Lawrence playfully interacted with the crowd.

“I have to apologize for never playing Boone before. It’s wild,” Lawrence told the crowd.

He also thanked the crowd for coming and was greeted with laughter and applause.

“We’d be playing for empty seats if you didn’t like our music and did your homework to be here. So you’re just really encouraging each other,” Lawrence said.