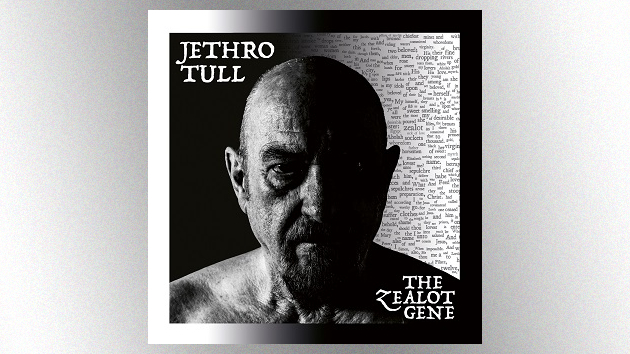 Singer Ian Anderson tells ABC Audio that he views the 12-track collection as a concept album because the songs are based on a list of positive and negative “extreme human emotions” he compiled, which he later recognized as ” words that I remember reading in the Bible.”

Ian notes that he felt the song “The Zealot Gene” was a good choice for the album’s title track because it’s about “that extreme of emotion, the degree to which things are polarized black and white, and opposites, especially in the populist world of politics today”.

The singer/flutist/guitarist says he started working on the album in 2017 and had recorded seven of the songs with his band in the studio before the COVID-19 pandemic began. After the pandemic hit, Anderson recorded the base tracks for the other five tracks himself, then asked the other band members to add their parts remotely.

Ian says this resulted in an album with “a bit more dynamic range”, as the last five songs ended up being more sparse and acoustically based than the first seven.

Anderson made The Zealot Gene with his longtime solo band members, but says he decided to release the record as Jethro Tull because “it seemed appropriate to acknowledge the 15 years of service on average band members have played with me over the years.

Here is the complete list of songs from The Zealot Gene:

“Mrs. Tibets”
“The Tales of Jacob”
“Mine is the mountain”
“The Zealot Gene”
“Sleeping Shoshana”
“Sad City Sisters”
“Barren Beth, John of the Savage Desert”
“The Betrayal of Joshua Kynde”
“Where did Saturday go? »
“Three Loves, Three”
“Brief visit”
“The Fisherman of Ephesus”