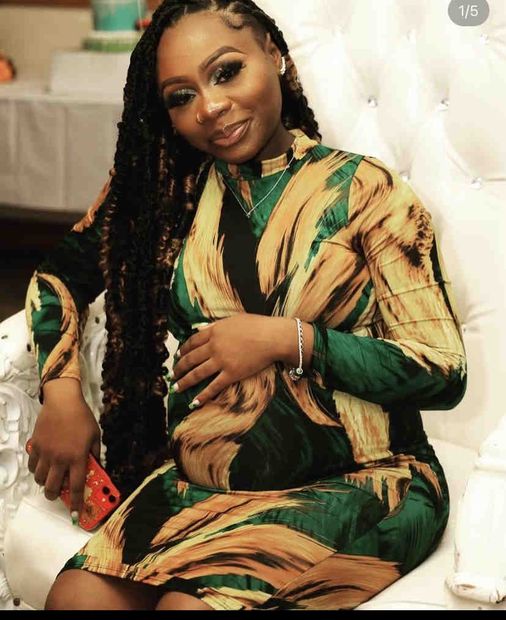 “I am heartbroken because I will never meet someone like Quaaneiruh Again. She was truly a once-in-a-lifetime experience,” said Alyssia Davis, who met Goodwyn when they were in eighth grade at Newton Public Schools. “His smile is contagious. Her laugh is contagious… She is caring. She cried when I cried and I don’t know why I cry. Support. »

Davis said she considers Goodwyn one of her best friends and knows many others feel the same way.

“I tell you, maybe 10 people will tell you that Quaaneiruh was their best friend,” she said. “She had a good heart, a good soul.

Davis said Goodwyn assembled a group of about 10 Newton South graduates in person and on social media. “She was our glue,” Davis said.

It was also in college that Cecelia Spangenberg met Goodwyn. Shortly after Spangenberg moved to Newton, Goodwyn stood up for her during her rough start at Wood Middle School.

“She stood up for me when I was bullied my second week at a new school, calling the girl in the lunch room,” Spangenberg said via email. “I will always remember the kindness and comfort she showed me.”

Like Davis, Spangenberg grew up close to Goodwyn in high school. Goodwyn and several of his friends graduated in 2016.

“She was an absolute firecracker that literally everyone loved being there,” Spangenberg said. “I don’t remember her having any issues with anyone or ever hearing a bad word about her come out of anyone’s mouth.”

Spangenberg was deeply upset by Goodwyn’s death, not just because she had lost a friend, but because of who Goodwyn was and who she had become.

“Everyone should know that she is the last person I would expect to be in a situation where her life would be taken in such a cold and evil way,” she said. “Of ALL people, it would never be her.”

Goodwyn’s family could not be reached for comment. She was from Mattapan, police said.

“As a school, we were deeply saddened to learn of the tragic passing of Quaaneiruh Goodwyn, a 2016 graduate from Newton South. Quaaneiruh returned for a visit to the South just a few weeks ago and our staff were happy to see her again,” officials said in a statement. “We were so proud of her transition to adulthood and how she made her way in the world after graduation. to her family during this most difficult time as they deal with the tragic loss of this bright and promising young woman.

Two men in their 20s were also injured during the shooting on Sunday, which took place in front of a convenience store. One of the men was seriously injured, police said. Their medical status was not available Wednesday.

Video surveillance of the exterior of the convenience store shows a group of six people standing and talking on a sidewalk in front of the store. At least two band members appear to be dancing in the video, which is silent. Suddenly, the group disperses, sprinting in different directions.

A person jumps to the side as he runs, then falls to the ground and spins. The person crawls to a nearby car, one leg dangling.

No arrests have been made and authorities have not released the motive for the shooting. The investigation by homicide detectives and the office of Suffolk District Attorney Kevin R. Hayden is ongoing.

“I have always accepted death. But it hurts,” Davis said. “I think it’s just because of the way she died. Nobody deserves this. She didn’t deserve it. I hope she gets justice. I pray that she gets justice.

The shootings took place during a particularly violent time in Boston that saw shootings and assaults unfold in schools, parks and city streets.

Last week two teenagers were shot dead in Roxbury, one of them fatally. Rasante T. Osorio, 14, was the third teenager this year to die from gun violence in Boston.

On October 4, an 18-year-old student was shot and injured by a classmate following a fight outside Jeremiah E. Burke High School in Dorchester. The alleged shooter has pleaded not guilty. This shooting came just three weeks after a stabbing inside the school.

Last week, Jean McGuire, 91, a prominent Boston civil rights leader and education advocate, was stabbed multiple times while walking her dog in Franklin Park. She was discharged from hospital on Tuesday.

Jeremiah Manion of Globe Staff contributed to this report.