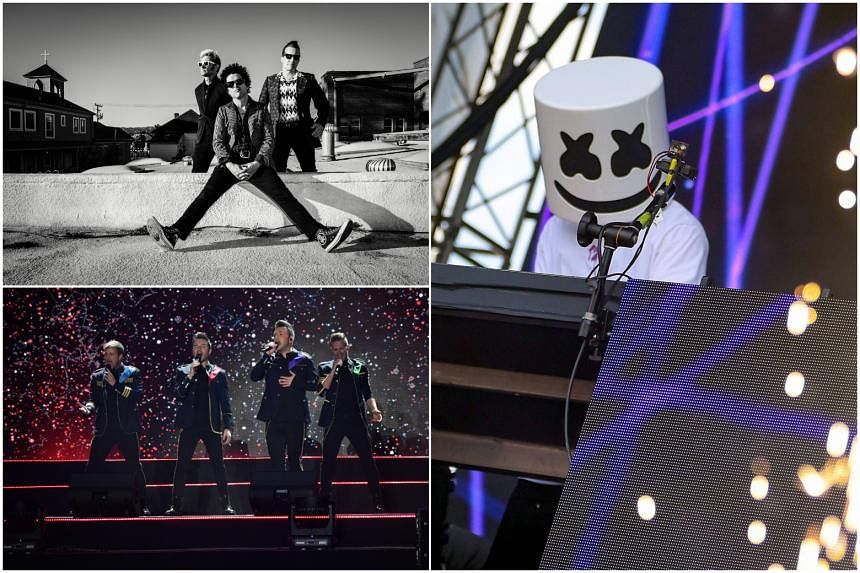 Further acts are expected to be announced soon and the final line-up will include over 75 performances which will take place over eight stages at the F1 Circuit Park in Marina Bay.

Green Day, the trio behind songs such as Boulevard Of Broken Dreams (2004) and Basket Case (1993), will perform on October 2.

The Grammy-winning band was originally scheduled to hold a concert in Singapore in March 2020, which was later postponed to April 2021, but ultimately canceled due to the pandemic.

They last performed in Singapore in a sold-out show at the Singapore Indoor Stadium in 2010.

The F1 concerts at the Padang Stage, where the headliners perform, have hosted some of Singapore’s biggest concerts over the years, with crowds of up to 65,000.

The first wave of tickets for the next edition released in early April sold out within hours.

All tickets, which start from $98 for the Friday Night Walk and Bay Grandstand tickets, will have access to the Padang Stage.

Go to This site for more information.