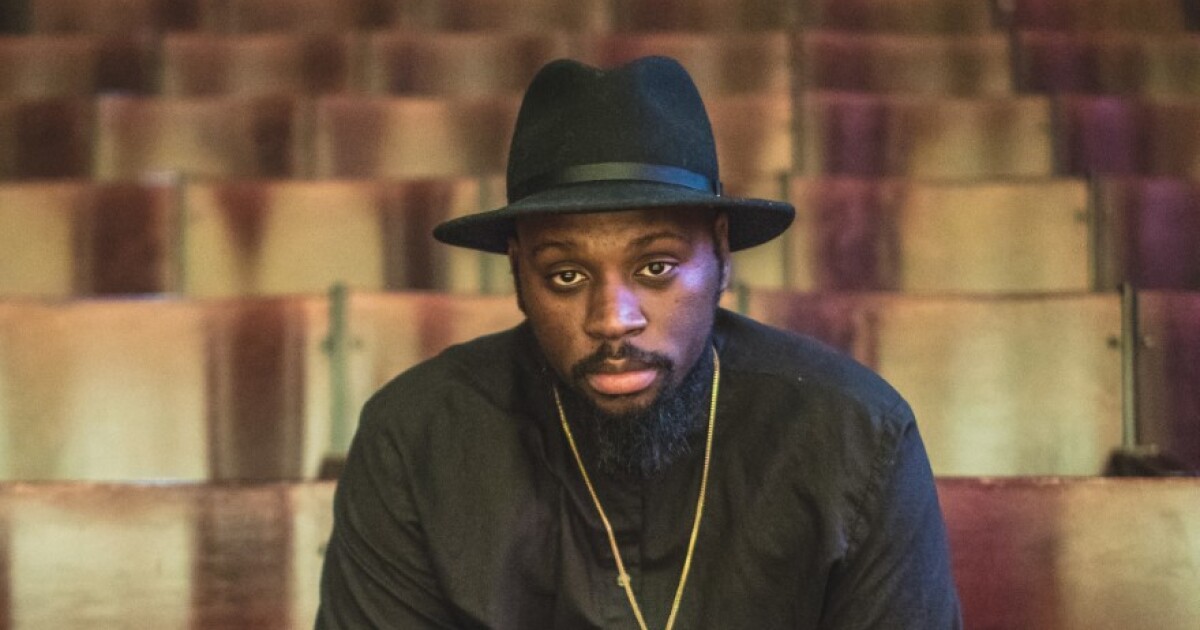 For Larry Morris, Fusia Fest is much more than music. it’s a gift to the St. Louis music community. The MC of St. Louis hip-hop group iLLPHONiCS designed the festival to fill the gaps that exist in the St. Louis music scene, especially when it comes to live hip-hop fusion groups.

“The thing about St. Louis is [that] the potential is there,” Morris said. Saint Louis live Friday. “The pieces are there…we just have to plug the holes. I believe in my city.

Fusia Fest specifically elevates live hip-hop bands, and Morris said there’s a distinct difference between what those bands offer and the hip-hop played on the radio. “He’s not an MC with a band — the MC is an instrument in the band,” Morris said. “When you put [them] together you can create such a unique sound.

St. Louis has a strong scene of live hip-hop groups. It just doesn’t get much attention. “A lot of people just don’t know [the scene] exists,” Morris said. “They don’t know we’re here.”

Morris decided to do everything he could to solve this problem, starting with Fusia Fest. Each band featured is from a different subgenre of hip-hop, and aside from Morris’ well-established iLLPHONiCS, they’re all rising in the industry.

“The greater good and the retro [Champ] have more of that rock influence, but I feel like it’s more modern,” Morris said. “Then you have bands like the Domino Effect. They’re very introspective with the lyrics, plus they’re very conceptual. Dre’Co has been around for a minute. [In] his latest album, ‘Therapy Sessions’, he talks about his aspirations [and] dreams. native sun, [from] Indianapolis, has been out for a long time. They’re great at mixing jazz and hip-hop, but it gives you that 90s hip-hop vibe at the same time.

“And LOOPRAT is the true embodiment of what he was [like] grow in [University] Town. U City has spawned many MCs and many [the] hip-hop community in St. Louis.

Morris developed Fusia Fest for at least four years. The death of his mother in 2018, followed by the coronavirus pandemic, forced him to put his plans on hold so far. Morris said Steve Pohlman, owner of the Off Broadway venue in St. Louis, was committed to ensuring that Fusia Fest would happen once venues and stages began to reopen. While Off Broadway’s location and capacity were important factors, Morris ultimately chose this venue for deeper reasons.

Larry Morris talks with Rod Milam about the nuances of St. Louis hip-hop

“In St. Louis, a lot of urban genres don’t have places to land,” Morris said. “A lot of people have this misconception [that putting] hip-hop in [their] the place will attract a certain crowd. The reason I’m talking about it is that [Pohlman] has been very intentional in making sure that he tries to create spaces for all genres of music in our scene. … [Pohlman] has manifested itself in a way that I think a lot of people who talk about diversity, equity and inclusion haven’t – and it’s really there. I want to support places like that.

“Spaces like [Off Broadway] matters in St. Louis,” Morris added.

The pandemic has had a negative impact on live music in St. Louis and, in some ways, has compounded existing issues in the community. “You have to remind people that this is important,” Morris said. “We [need] spaces for different artists, and I’m not even talking about just urban music. I’m talking about the LGBTQ community, I’m talking about so many different things.

“Everyone should be able to express themselves in different places without problems. It’s just very important that we allow different types of music to flourish in our city.”

The history of live music in St. Louis is rooted in jazz and blues, and Morris said those genres are still important. “But how to make a new story?” said Morris. “How can we move our city forward? We must be able to welcome young artists. We don’t always have the music infrastructure here in St. Louis, and that’s why people leave.

Morris is working to change that. “[iLLPHONiCS is] are going to take what we have created, in the spaces we would normally have for ourselves, and allow new acts to occur and be brought into the [connections] that we’ve built over the years,” Morris said. “If a band doesn’t have to wait [for] years to [play] a decent venue, which might encourage them to stay in St. Louis and keep playing.

Morris added that there are ways for non-musicians to help keep the hip-hop scene alive in St. Louis. “I’ve also noticed in every city that really supports [their] music or culture, they lean. And what I’m trying to get across to the people of St. Louis is that you have everything you need here to create the same scenario [as other cities]. Just lean the same way.

“Saint Louis live” tells you the stories of Saint-Louis and the people who live, work and create in our region. The show is produced by Miya Norfleet, Emily Woodbury, Danny Wicentowski and Alex Heuer. Avery Rogers is our production assistant. The sound engineer is Aaron Dorr.