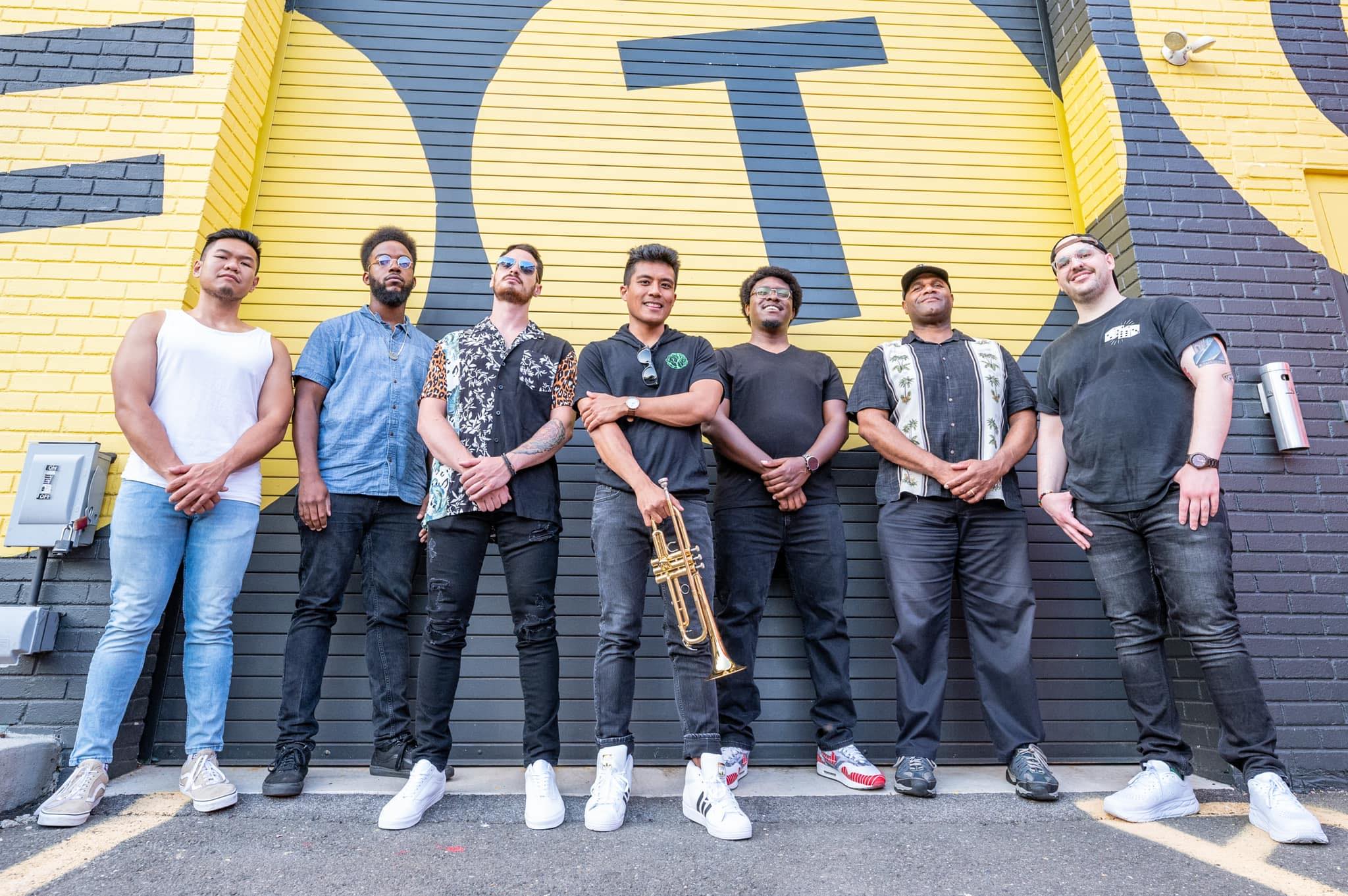 All types of bands and acts can convey a positive vibe, but few can match what a marching band brings.

Everywhere – whether on stage, in a public park or in the middle of the street – once the horns sound, people start dancing to the beats and the infectious and uplifting atmosphere.

Funky Dawgz Brass Band has taken this approach statewide and beyond for the past decade, and on Friday they’ll be hosting a party at Park City Music Hall in Bridgeport starting at 9 p.m. to celebrate their third album, Verticalwhich comes out on the same date.

Before the show, I spoke with tenor saxophonist Tommy Weeks about the band’s influence on New Orleans, the making of the new album, what Vertical represents in the Funky Dawgz timeline, and what surprises are in store for Friday night.

DR: How was the Funky Dawgz Brass Band born? Did you go to school together and you decided to start this project or did it happen differently?

TW: Yes, we all went to college together. We all went to UConn and we were all in the marching band together. The assistant band director is Marvin McNeill. He had been to New Orleans recently and when he came back he wanted to create a kind of New Orleans-style marching band just for a UConn set – kind of an academic deal. He handpicked each of us and emailed all of us – we call it “the email” – and that’s how we all started. We met weekly for rehearsal, it was actually an accredited course once we launched it.

We learned music and played for free on campus at many different events. Over time, we would learn more and more about the history and culture of New Orleans. It started out as a sort of New Orleans tribute brass band and we were playing all these songs from there. We then started writing our own music in that vein, so we started doing that, we went to New Orleans for a school trip funded by a grant that we got. We worked there with musicians from the city, we did a bunch of research, we learned from the musicians and we brought it all home. We spread the love we have for the city’s culture, but eventually we realized that we’d never be a real New Orleans marching band because we’re not from there.

Then we realized we could still pay homage to sound and everything, that’s when we started writing our own music and creating our own unique sound. We love New Orleans music and the musicians there, we’ve played with a lot of people from the city and it’s kind of like where we are now. We’ve developed our own sound which is inspired by that but also by a lot of our other musical tastes that we have when it comes to rock n’ roll, hip hop, funk and electronic music. It’s kind of like a fusion of all that, you can do all the New Orleans vibes if you want but it’s not totally authentic.

DR: You just named all the elements I noticed in the band’s sound while listening to your recordings. In terms of creating Vertical, what was the experience of recording all the music and everything? Were you all in the same studio to do the recording or was there something remote?

TW: Most of the songs that are on this album that we’ve written in the last few years since our last release, we just hadn’t been in the studio to record them, so they just sat there. We played them live, but they kind of evolved over the last few years from what we started, now a lot of them are completely different. Some have lyrics that have never had lyrics before, others have different sections and different feels that weren’t there just by playing them live and having fun with them. I’m actually pretty happy that we sat down on these songs a bit so we could develop them and test them live. We already know how they pass, most of them, not all of them.

There are brand new ones that we just started playing since we released the singles and ones that we wrote together when we were in the studio a few months into the pandemic when we tested negative. I would say it’s half and half, half of the songs were already written and the other half we wrote when we were all together in the studio preparing this album. Even the ones that were already written, we added stuff to keep everything new and fresh.

DR: Vertical being the third album in the band’s discography, what do you think this album represents in the whole musical journey that the Funky Dawgz have undertaken together?

TW: Each album showed a different evolution of the band’s sound, but this is certainly the most accurate to date. We’re even going further now after this recording, so I’m excited for the next one as well. It’s going to be a little different from what we have now but it’s the most sophisticated album where we’re in our 10th year together as a band and I feel like we’re just starting to settle down. We learned as we went, not only with touring, acting and the way we run our business, but also with writing. We are horn players and drummers, so we have to write music differently than a traditional band with keyboards, guitar and bass.

We have to put what would be on these instruments and spread them over five horns and a tuba. We have to get those voices out there and I feel like on this record there are a few songs that I’m extremely proud of because I’d love to say it’s not square. We have fully fleshed out songs, they’re not repetitive, they’re not cookie-cutter where this section goes into another section. We found a way to transition so that every part has an interesting element where nothing ever gets old, it always evolves throughout the song.

DR: What do you hope people take away from the album after it comes out and listen to it?

TW: I admit it’s just great energy and we want everyone to have a good time listening to our music. Everything has positive vibes, most of the songs on this album are instrumentals, so they’re meant to get people dancing and dancing, alone or with friends and family. We added new sounds that we had never used before and looked into the production as well as the sound design. There are really cool sounds from really cool sessions, fantastic solos and the only song that has vocals has a positive message. It’s called ‘One Nation One Party’ everyone can make up their minds but it’s basically all about coming together, we’re all human beings trying to live our best life here so we want to remind everyone the world.

There are a lot of distractions right now in the world and at the end of the day we are all the same, we just look different and have different influences. That’s what’s beautiful about humanity and that’s why we like to tour, we get to meet all these different people and talk to them and have all these different kinds of stories and vibes. I learn a lot just by doing this, not even just playing, just talking to people on our travels to different parts of the world. I feel like it makes me a better person, just having that awareness.

DR: It’s a great message to have in a song, I can’t wait to hear it. Do you have any surprises in store for the album release show at Park City Music Hall? Other than obviously playing, what can people expect when they show up?

TW: A typical Funky Dawgz show is definitely an experience in itself, a group of us were recently discussing some ideas to make it a bit more special than what we normally let loose. There are going to be new little surprises, nothing major and nothing huge, but certainly for people who have seen us before, they will understand what we are going to do. I always like to put a few covers in the set and every time we get the chance to cover a song it’s always unique because you can take any song you want and when you put it on the horns, it sounds completely different and fresh. We’re working on stuff like that to make it a special night, the album only has seven songs so we’ll definitely be playing more of the songs that are on the album that night. People must arrive on time so as not to miss the start.