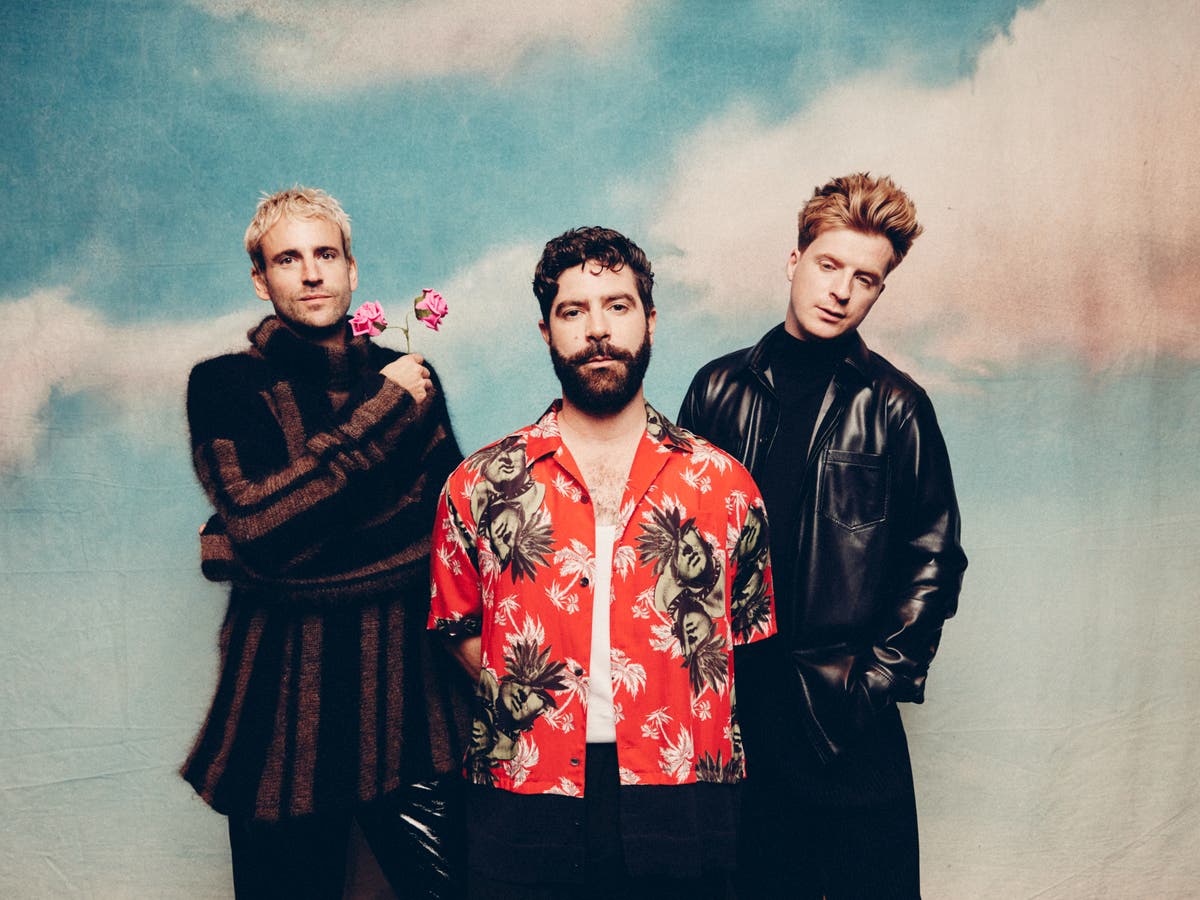 Foals’ Yannis Philippakis: ‘We were broke, we were having fun, you could smoke 40 cigarettes and not cough the next day’

Ihe interviews with Foals often read like a local guide to south London watering holes. That’s mainly thanks to frontman Yannis Philippakis, who has lived in the area since the rock band’s early hedonistic days in a Peckham squat nicknamed “Squallyoaks”. Pubs are where the 36-year-old seems most at home, and boy, did he miss them during lockdown. He even wrote a song about it.

“I was starting to go crazy with the pubs not being open,” he tells me, sipping the first of a few lunchtime pints in a sunny street outside a tavern in Camberwell. He’s dressed casually in a baggy shirt and jeans, sporting his usual thick beard and jet-black hair. We’re talking the day before the band – grown from a group of five to a trio in recent years – hit the road for a string of pre-Glastonbury gigs across Europe. Philippakis is excited about live music and a new album, life is yours, coming out next week. The start of the lockdown was “pretty healthy,” he says. “I was a healthier version of myself than on tour – I enjoyed being domestic.” Then, when it became clear the pandemic wasn’t going anywhere anytime soon, he got restless and the band started writing.

“You write yourself out of the situation,” he says. Working in a sparse room in London in the depths of a particularly dark winter, he found himself thinking back to starting the band at Oxford University in 2005, then moving in with drummer Jack Bevan, guitarist Jimmy Smith and former members Walter Gervers (bass) and Edwin Congreave (keys) from a shared house in Brighton. It was there that they developed their reputation for smart, restless indie-rock, with singles such as “Cassius” from their 2008 debut. Antidotes placing Philippakis’ anxious scream on a dancing soundtrack. “It’s a transport mechanism,” he says of songwriting. “[It helped me pretend] I’m not 36 and living in the middle of a pandemic, I’m 25 and…” He trails off, lost in memories of those notorious house party gigs, pondering the lyrics to “Brighton Rock! and “blue tongues in the summer rain”. I tell him I’m surprised to hear him talk like that, especially because in the band’s early interviews, 25-year-old Yannis sounded like a bunch of neuroses compared to the man sitting across from me now.

“Around [2010 album] Total life forever, I was fucking miserable,” he says. “At the start of the group, I was just overwhelmed with angst and anger.” While promoting this second album, he described himself in interviews as “dysfunctional” when it came to relationships and admitted that he struggled to relate to people. “We lived together in this house, we were broke, we had fun, you could smoke 40 cigarettes and not have a cough the next day…but we probably had insecurities about the music we were writing,” he says. “But I look back now and it was awesome. I’m glad we did it that way. New songs like single ‘2001’, a loud, jangly funk-pop jam where the cha-cha- Philippaki’s cha-cha glides over shimmering guitar riffs, are attempts to “rewrite the past a bit. “He adds that veneer, a layer of positivity that takes away the hangover from the big night.” Others, like “Flutter” – about “domestic abandonment without explanation” – approach it in a more impressionistic way, set against the backdrop of indebted jazz grooves by Tony Allen. Philippakis was actually working on a collaborative project with Allen before the death of the Nigerian pioneer of afrobeat in 2020; he plans to finish it in the future.

life is yours is festive, oscillating between an optimistic present and a nostalgic past. This is arguably the first of seven Foals albums where Philippakis is untroubled by his worries for the future. The son of a South African university mother and a Greek architect father, who divorced at the age of five, he is subject to deep ruminations on technology, social behaviors and the nature of human beings. He is a man who, in 2017, chose to spend several weeks after the tour in the fortress-like monasteries of Mount Athos in northeastern Greece. Yet there’s also a bristling physique to him, simmering behind the brooding facial features and stocky build, which translates into a volcanic stage presence at the band’s gigs and the propulsive, muscular beats of their music. On the twin albums of 2019, Anything Unsaved Will Be Lost Part 1 and 2, the band tapped into the turmoil of a post-Brexit Britain and the ever-growing threat of the climate crisis. The opening act earned the band their third Mercury Prize nomination; the second was the latest record featuring Congreave, who left amicably to pursue postgraduate studies in economics at the University of Cambridge, in a bid to cope with the “imminent climate catastrophe”.

“His departure changed things,” Philippakis says of Congreave, pausing to cast a nostalgic glance at the next table, where a man chain-smokes in a packet of Marlboro Lights (his 40-days cigarettes per night are long gone). “We had to recalibrate, especially after doing the double album that was so broad, because [otherwise] it was going to become a parody of prog. There was definitely an idea that we had reached the end of a road. Colts have never worked with the same producer twice (with the exception of Brett Shaw on both parts of ENSWBL), and for life is yours they recruited three: AK Paul (Jessie Ware, Sam Smith), John Hill (Cage the Elephant, Shakira) and Dan Carey (Bloc Party, Fontaines DC).

“We almost always do the opposite of the previous album,” says Philippakis. “It does not surprise me that it is the most concise, the lightest, the most direct.” The record makes him feel good in a way their other records don’t: “We didn’t want to write songs that would add to people’s emotional burden.” Its overflowing energy – all bright ripples of electric guitar, taut percussion and chaotic Afrobeat rhythms – has nothing to do with the gloom that permeated the previous two records, which now seems unsettling and prescient. “In a way, the last record tapped into an anxiety about disaster, and then we had one,” he says with a shrug. Yet writing songs about Anything that has not been saved will be lost avoided anything too literal: “It will always be a bit abstract, more poetically mutilated.”

The group feared that the title of the new album could be interpreted as flippant. What he does, however, is speak to a sick generation of having their lives suspended or threatened by the selfishness of those who came before them. Those who, after making so many sacrifices during the lockdown, came out of it to learn that the decision makers had been breaking the rules all along. “I find it disconcerting,” he said. “People in power laughed at the rules they made. And people care [contrary to what Boris Johnson claims]. It’s actually disgusting. Philippakis, who was born in Greece, is fluent in the language and always visits. He contrasts the ‘deep but open’ issues of his birthplace with the ‘deceptive and hypocritical’ idea of ​​sportsmanship and fair play in British politics.

He managed to take a trip to Karpathos, where his father still lives, during the pandemic, and began to deepen his love of Greek folk music. His interest in visiting the country grew around the same time that his relationship with his father – who makes Greek folk instruments himself – improved. “There’s music there that I love, especially from the island where my dad is from, but I wonder how it would land here,” he says. “Or do I do it for the Greeks? I tell him he should do Eurovision, prompting him to recall a recent “strange email” from someone in Greece that was actually related to the annual song contest. He smiles, seemingly imagining himself among the glitter, glitter and general madness of this world. “Can you imagine?”

“Life is Yours” comes out Friday