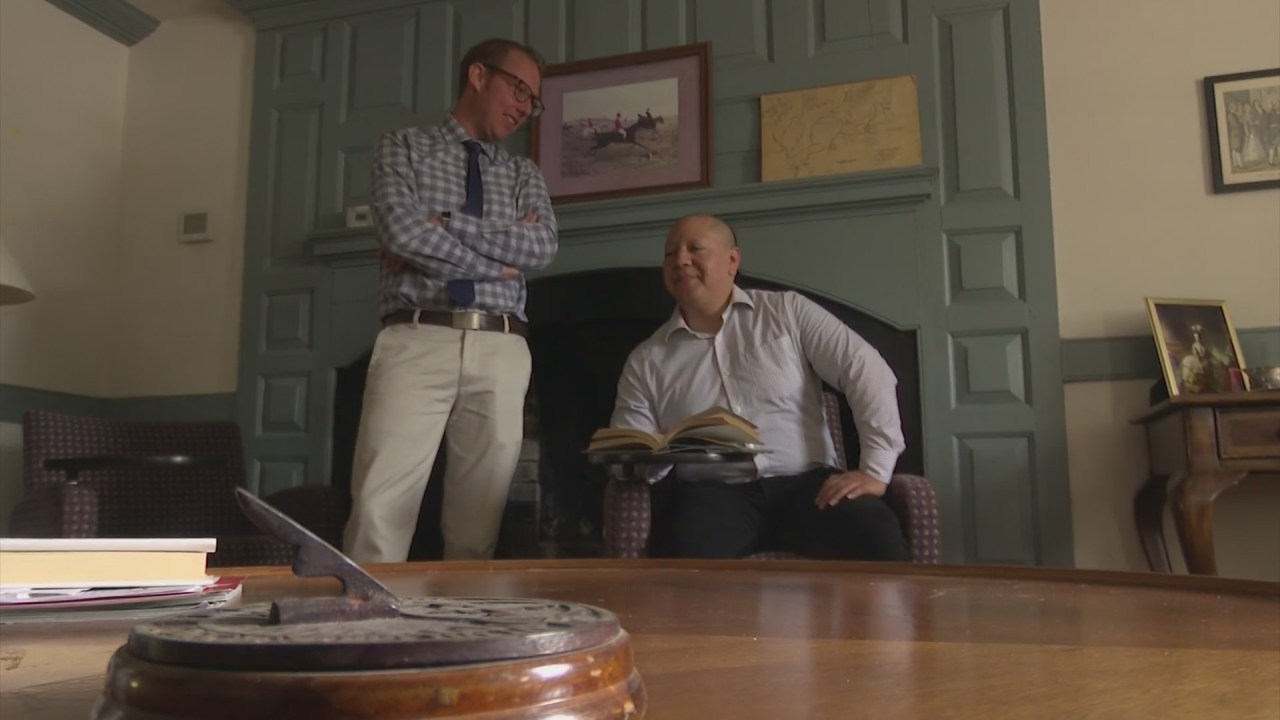 This is part of an effort to increase the number of diverse stories being told.

In the fall, Kody Grant will make his debut as Oconostota, a prominent Cherokee warlord in the 18th century. He will be the first Native American nation builder for the foundation.

“We have always been represented in the historical narrative. The problem is that it’s always in two different extremes,” said Grant, who is the lead interpreter for the foundation’s American Indian Initiative. “We are either holy, good people who are always loving and kind and just the victims of colonialism, or ruthless, bloodthirsty savages who hinder American expansion. But, we are rarely seen as human in our own history.

Grant started working for Colonial Williamsburg 15 years ago after being recruited from his job in Cherokee, North Carolina.

Grant, who is an enrolled Pueblo d’Isleta and a descendant of the Eastern Band of Cherokee Indians, says he grew more interested in learning more about medieval and ancient history.

But after moving to Cherokee and working there with historical interpretation, he became more interested in American Indian history.

When he steps into his new role, he will be able to tell those stories he learned among other nation builders like Thomas Jefferson and George Washington.

“By telling these stories, we’re opening this up to seeing American Indians as generals, chief wives, brothers, fathers, politicians and everything that makes up this society in the 18th century, who thinks differently, constitutes a society different, have different government, religious structure, societal concepts and laws. It shows how these different people navigated the time that they were facing,” Grant said.

Grant is the 13th nation builder and Ziarko says it’s important to expand the narratives — but finding the right addition hasn’t been easy due to the lack of preservation of Native American stories.

“America has kept its history from a Western point of view. Native histories have been marginalized and never recorded as lesser white Virginians, and that has long been true with African American history, but also with Native American history,” he said.

Ziarko says Grant is the right fit for the role, which they had been thinking about for years.

In 2002, Colonial Williamsburg made a commitment to sharing American Indian history through a grant from the Rockefeller Foundation.

Ziarko says it is necessary to add more diverse stories that were involved in the creation of the United States.

“When you think about the representation and the stories being told. I’ve been asked why I would care about the man who painted the building where this idea was thought of, or laid the bricks where the Declaration was read. I think the answer is, well, if that was your ancestor, the story would matter to you,” he said. “I think we need to get as much diversity as possible in this because everything what matters is the representation.”

Ziarko hopes the nation builder expansion will provide younger generations with stories that many didn’t learn growing up.

In the meantime, Grant will research Oconostota extensively before his debut and hope he is not the last Native American nation builder.

“My personal hope is in five to ten years, not to be the only Native American to build a nation. I hope there will be a multitude of people who will join us and take a piece of history as well because when we talk about the idea of ​​diversity in the 18th century, it’s not just the idea of ​​having a Native American talk about the historical record. It’s about having different people from different talk about the community. So the way a Cherokee person in the 18th century thinks is completely different from the way a Shawnee person thinks, a Creek person thinks,” he said.